Vuyo Zungula of ATM says that within a short period of time, the people of Pakistan living in South Africa will take over every town in the country. The politician who is an advocate of putting South Africans First is saying that the people of South Africa are being too negligent. He wrote, “In the next 10-15 years, almost all towns in SA will be under Pakistani rule. All economic activities will be under their control and black South Africans will be ruled by them”. The young politician is indirectly blaming the ANC for this anomaly. Another person pointed out, “That must never be allowed. Black South Africans must stand up now, act to ensure that such nonsense never happens. The ruling ANC is enabling the situation; therefore it will never help black natives in this regard”. Many people are not happy with this development. 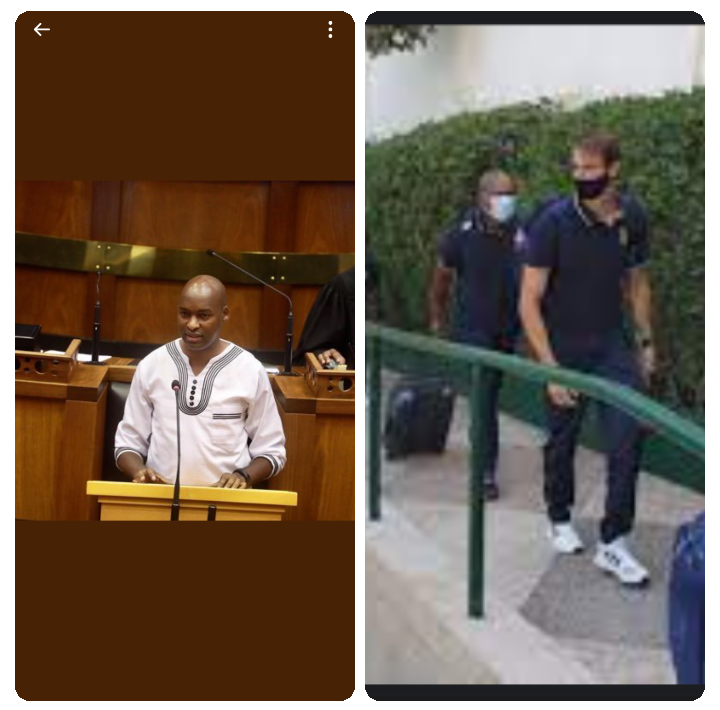 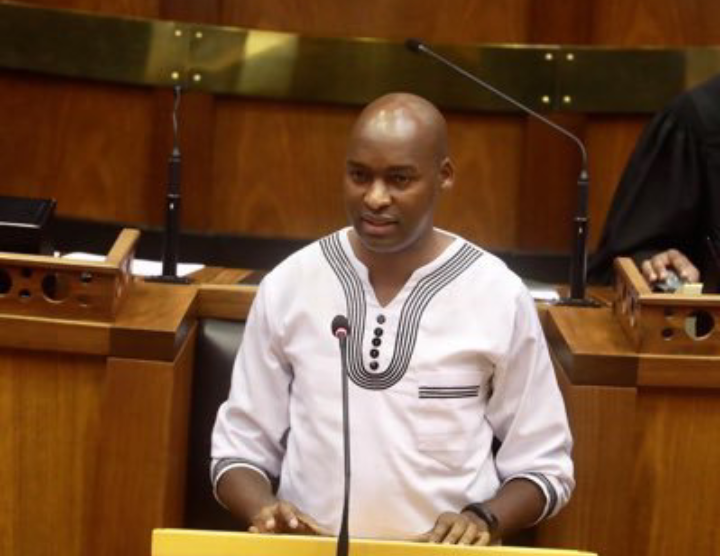 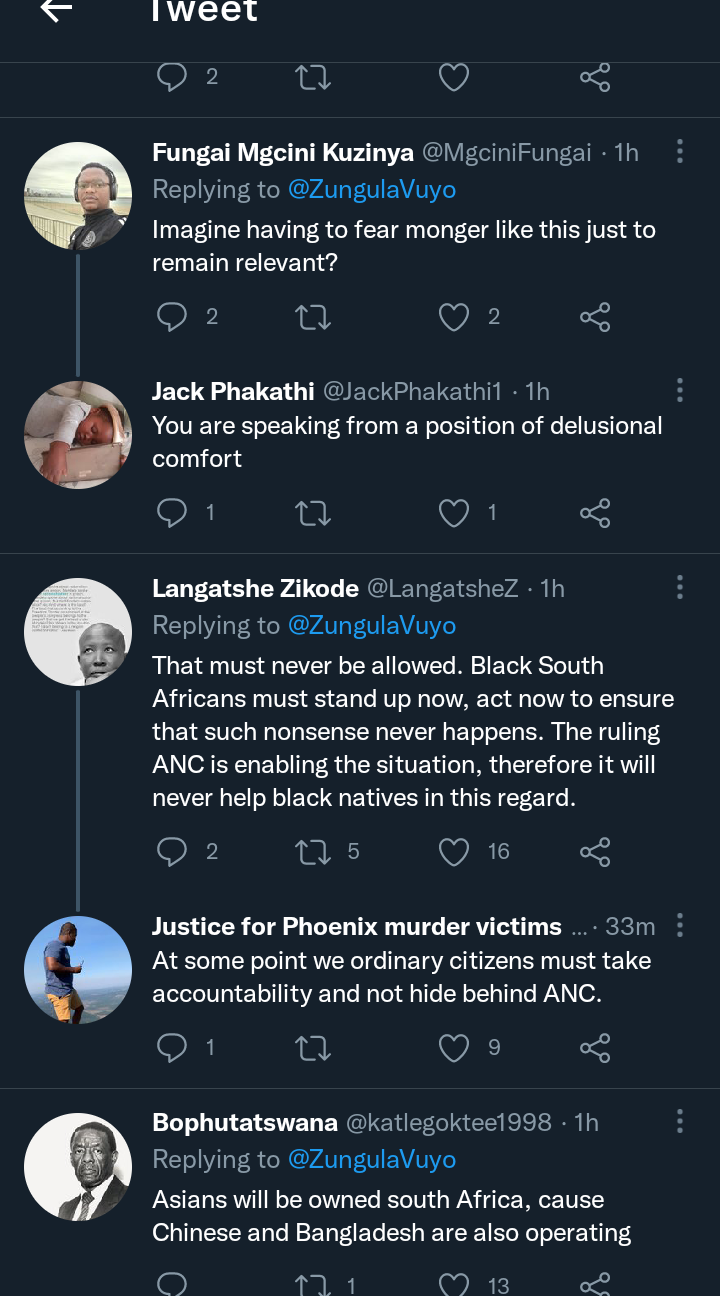 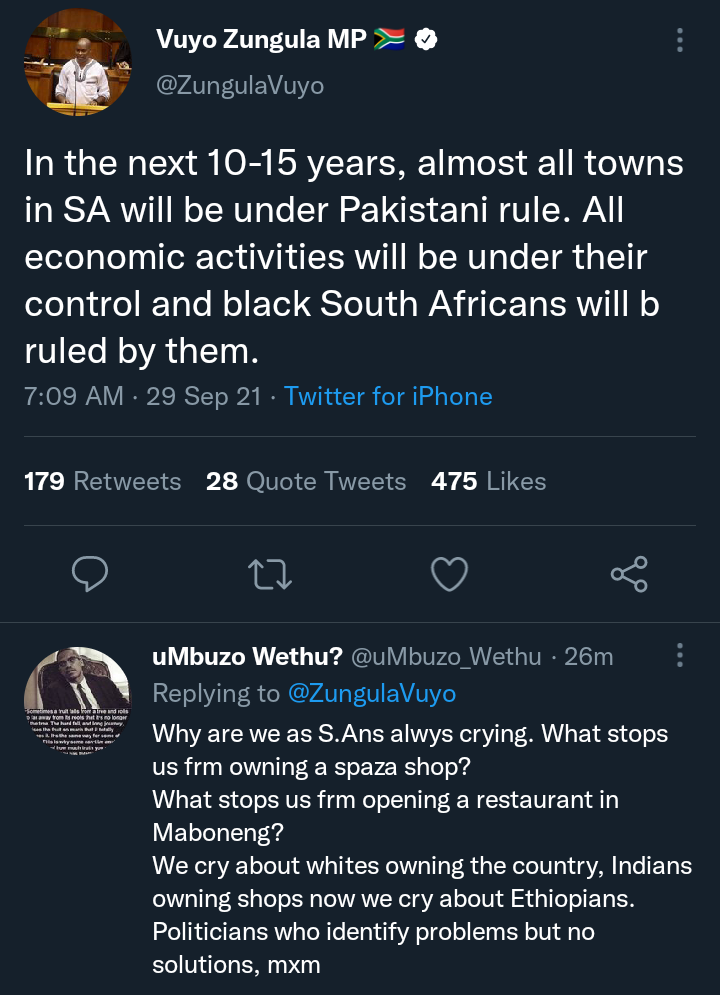 One of the complaints of South Africans against the ANC is the porous nature of the immigration law in South Africa. South Africans have often lamented that most of the foreigners in the country are illegal and Undocumented, including some refugees. They have long been calling on the ruling party which is the ANC to tackle this ugly menace. But as at now, there is no headway. Even during the height of the pandemic and lockdown, more illegal immigrants were also trooping into South Africa using the porous land borders. Many people complain that all the spaza shops, kiosks and informal businesses have been taken over by Pakistani and Somali nationals, leaving South Africans with nothing. They lamented that even restaurant jobs and truck drivers are all foreigners and many South Africans are now unemployed, surviving with the meagre social grants. Meanwhile, employers prefer employing foreigners because they offer cheap labour and are less resistant. Some foreigners even said that they are more hard-working than South Africans, which is why they are employed easily. 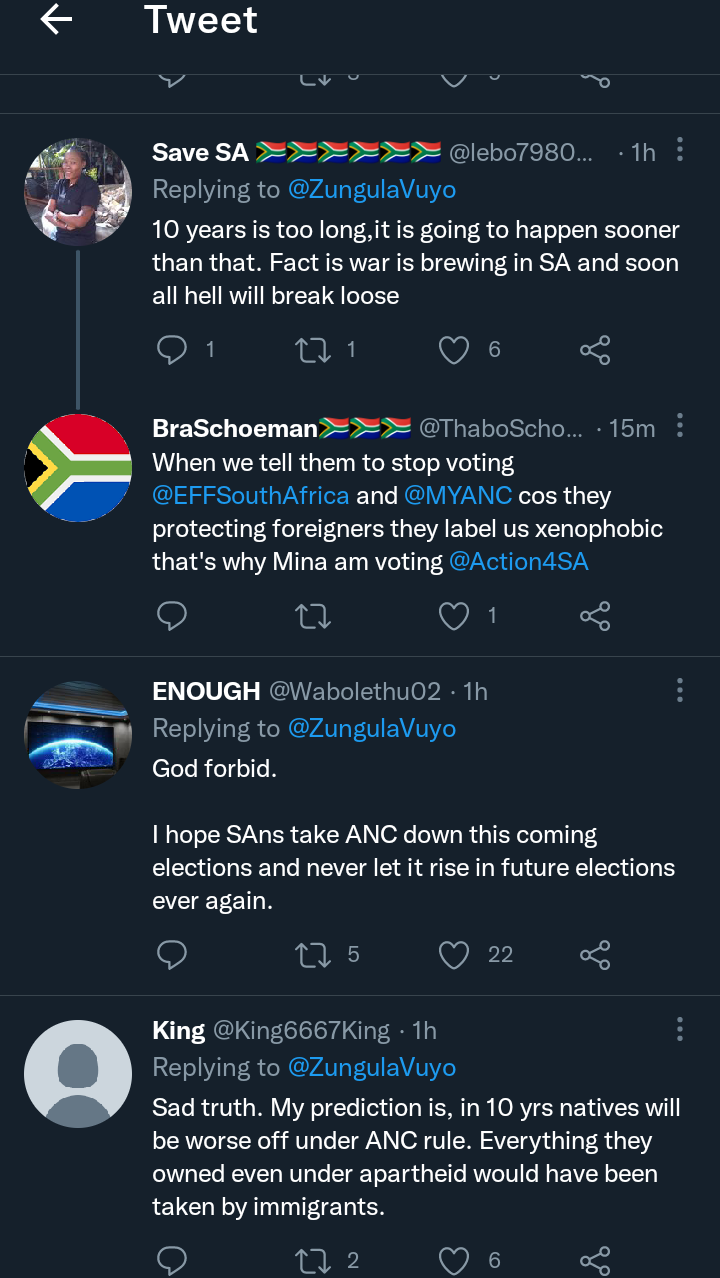 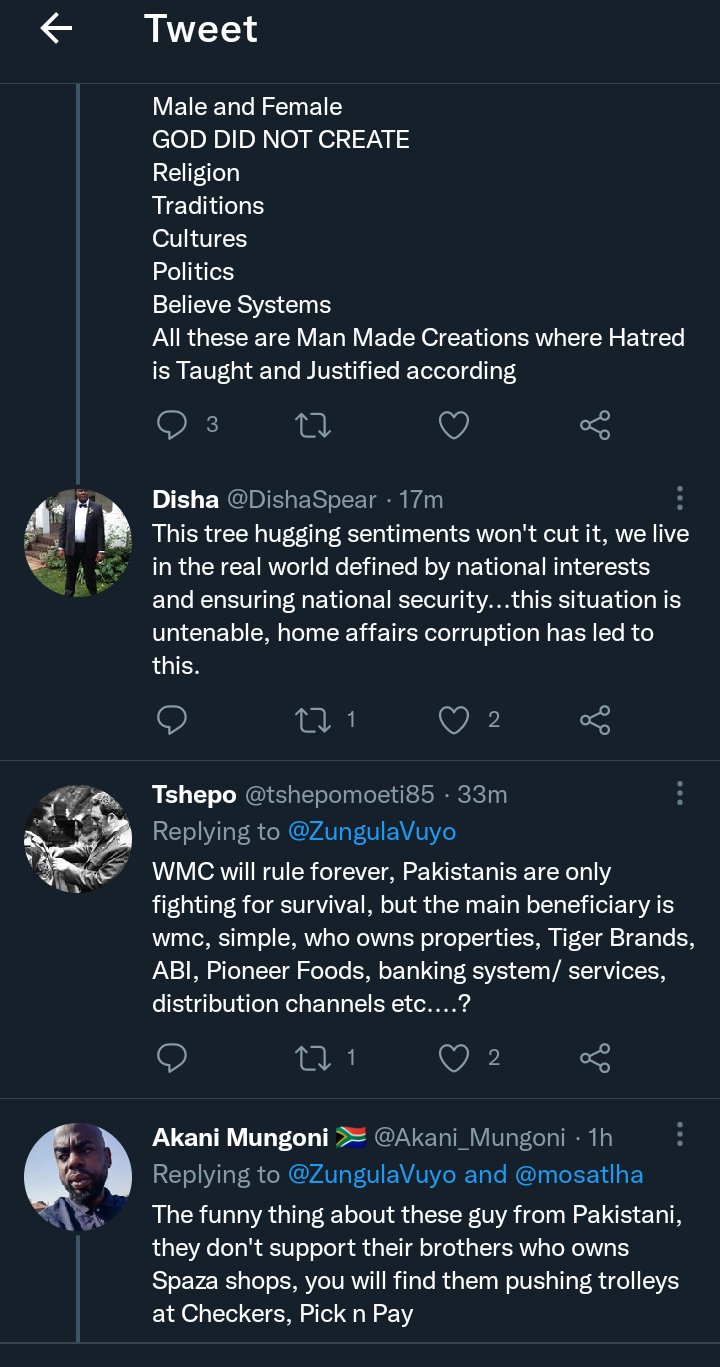 Some people said that the ten years put by Vuyo Zungula is even too far, saying that the rate at which foreigners and Pakistani are dominating many communities and towns is alarming. A young man pointed out, “Sad truth. My prediction is, in 10 years natives will be worse off under ANC rule. Everything they owned even under apartheid would have been taken by immigrants. Ten years is too long, it is going to happen sooner than that. Fact is war is brewing in SA and soon all hell will break loose”. They keep blaming the ANC for this.