Mzwanele Manyi who is now the spokesperson of Zuma's foundation has taken to Twitter state some rather intriguing remarks concerning the ANC. And Mzwanele Manyi's remarks comes at a time when the ruling party, the ANC has issued a statement notifying it's workers that it will not be able to pay their salaries for September on time and also that their outstanding salaries for July and August will not be paid until further notice.

The issue of the ANC being unable to pay its workers on time has been going on for some time. And many people fairly knows about this matter, so it will be unwise reiterate this matter here. However, Mzwanele Manyi has indicated that he saw this calamity coming in 2017. Mzwanele Manyi went on to say that Cyril Ramaphosa contradicted him.

In light of recent developments, it has been reported that the ANC is having some financial difficulties, hence it is unable to its workers on time.

Mzwanele Manyi has indicated that, especially in light of recent developments, that he has now been vindicated as the ANC is now reportedly failing to pay it's workers due to financial constraints. 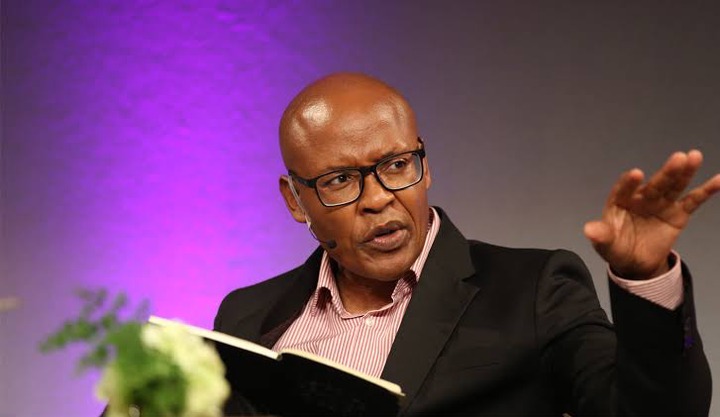 In part, Mzwanele Manyi remarked that "Where there is no vision, people perish. I saw this calamity coming in 2017, but Ramaphosa contradicted me. Sadly I am vindicated."

In the very same tweet, Mzwanele Manyi went on to say that "politics aside, I feel for the staff members of the ANC, they deserve better. They have bills to pay and families to look after," 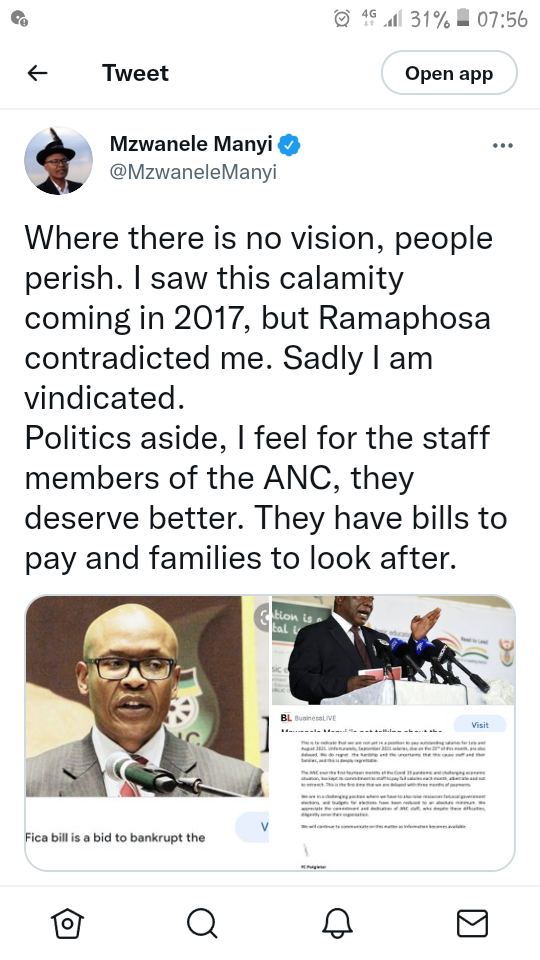 Mzwanele Manyi went on to add that the ANC was hardest hit by the introduction of FICA bill because it was supported by those who do business with government and now they are scared to keep on pumping finances into the movement as they fear their tenders might be misunderstood as having been acquired in a corrupt manner. 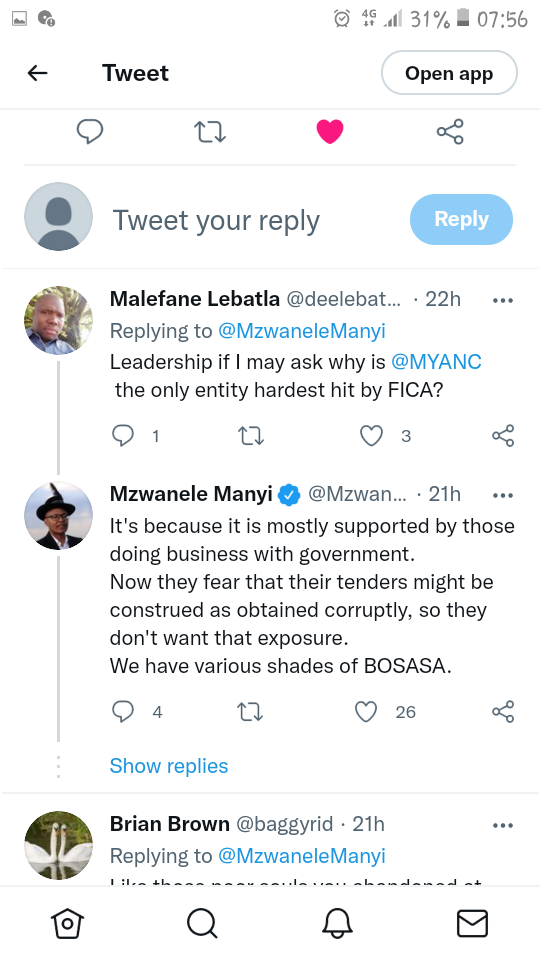 "It's because it is mostly supported by those doing business with government. Now they fear that their tenders might be construed as obtained corruptly, so they don't want that exposure"