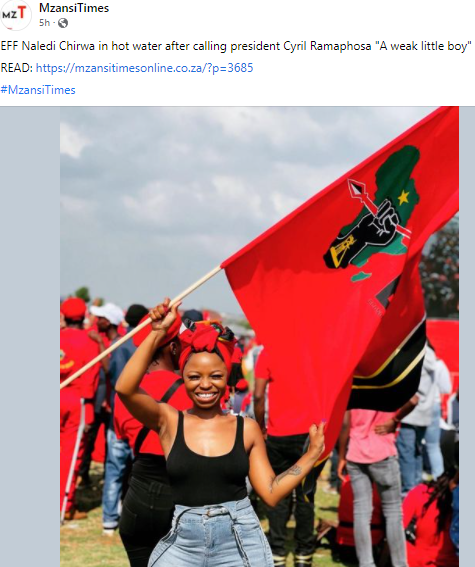 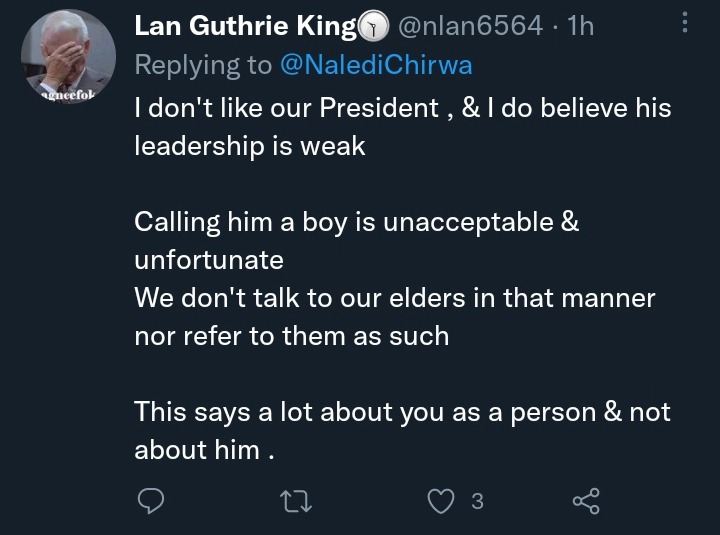 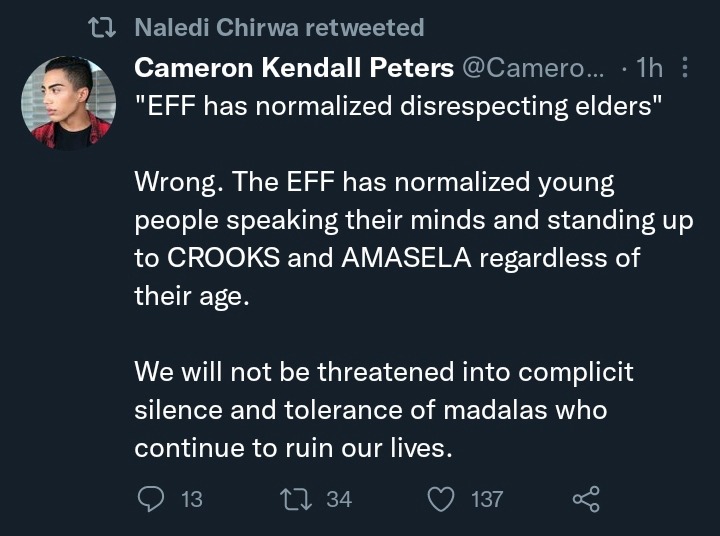 Saying this directed to Mr President, "You're such a weak little boy. All your fellow stooges u sent to collapse Lindiwe were collapsed themselves. It won't be surprising if u do what little boys do when overpowered by women. Throw the tantrum we are expecting it. You'll forever remain a toothless boy. Mfana Ke mfana." Shared Naledi Chirwa.

In a very rude manner Naledi Chirwa was responding on President Cyril Ramaphosa’s statement: "We need to protect our Constitution, our democratic state and the electoral process from anyone who wants to weaken our democracy and deny the South African people of their hard-won freedom."

As if she was done already, but adding salt to the wound, Naledi Chirwa said, "No-respect Yokudlala. Youth unemployment will continue mounting up while you're respecting a man who respects no one but Stellenbosch mafias. I don't have a respect to grant Amagintsa who abuse positions of power to protect the money of their bosses at the expense of workers." 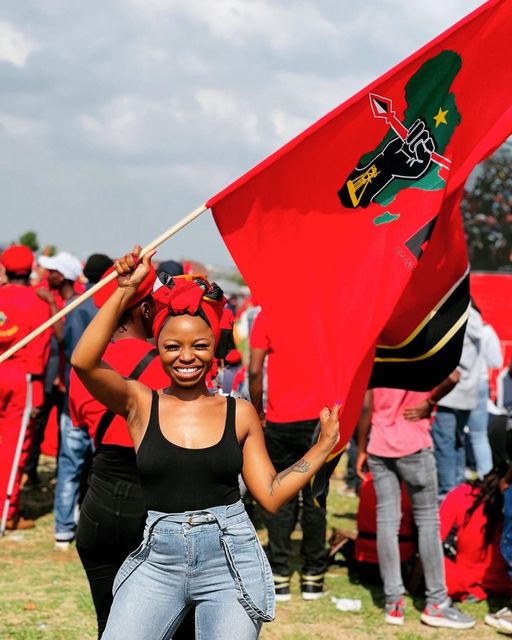 Continuing with her disrespect to the president she said, "RESPECT? Save me please. There's a lot of things I respect and a man who killed Marikana miners is definitely not one of them. Forget it. He can adorn the highest title in the universe and he will still be the scum of the earth in my eyes.

The EFF shows that it has immature leaders, again she said "the problem is that you respect people for WHAT they are and not WHO they are. It's embarrassing because he even bought that Presidency and yet we must be bullied to respect him? Sorry bot sorry. I will never respect a man who squandered R1 billion meant to fight GBVF. Never.

Show me a thing that was accomplished by Ramaphosa, Chirwa said! "There isn't a single thing the man has done that can ever warrant respect. He lies, kills, steals. Just because he has an honourable title doesn't mean he is. Integrity is not a transaction & hierarchy will never equate steadfastness. Not all of us suffer from fear of powerful men.

"I talk like this because President Cyril Ramaphosa is not my father. I give respect to those who earn it. Definitely not murderers. I have zero respect for the man and will never pretend to. For those who still have a dose of respect for people who have continuously taken us in the pits of poverty & hopelessness."

The reaction from the people on some social media came out to call Naledi a "foreigner", telling her to go back to her country. Chirwa defended herself in a very brutal and rude manner as always saying;

"People whatever you say or think, here are the record put straight, you can lie to yourselves about my nationality until you turn green in the buttocks. It will not make your lies the truth and neither will it EVER silence me. I didn't buy my voice. I'm not renting it either. Rest assured I will always SPEAK and there's nothing you can do about it."

On that statement of Chirwa being a foreigner, I agree, she could be straight from Zimbabwe or she is a descendant of foreigners.

Thank you, please share you thoughts on this article on the platform below