By Rambado (self meida writer) | 1 months 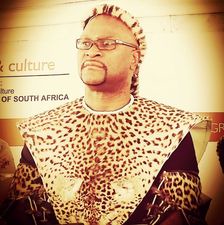 Minister of Arts and Culture Nathi Mthethwa is out there to destroy things that bare colonial names, symbols, statues, street names, structures, public places, last year, he recommended the auditing of colonial names. Most towns were established as settlements for migrant white folks, from Europe and black folks came to those settlement as migrant looking jobs and those white people build township for them so that they can closer to work

The proposed renaming for Port Elizabeth have faced resistance. Some people went on to start petition titled “Keep the name Port Elizabeth” began circulation on social media in 2019.

Port Elizabeth was established by the white people in 1820 as a British settlement around Fort Frederick and named by Sir Rufane Donkin, the acting governor of the Cape Colony, for his deceased wife, Lady Elizabeth.

The proposed name of Port Elizabeth was submitted by Boy Lamani of KwaMagxaki, who said, Gqeberha is the isiXhosa name for Walmer Township, one of the first and oldest Port Elizabeth townships. “Initially Walmer was called Gqeberha but because the Walmer name became prominent as industrialisation grew, Gqeberha lost its popularity,”He said. But before the white people came to South Africa, there was no township, township were built by European settlers for the black migrant laborers either coming from local villages or far away. So, Port Elizabeth should be kept, because before PE, there was no Gqeberha, which was estajshed for black migrants laborers

Port Elizabeth will be changed to Gqeberha

-Uitenhage will be changed to Kariega

-Berlin will be changed to Ntabozuko

- MaClear Town will change to Nqanqarhu

Riddle: What is black when you get it red when you use it and white when your done with it ?

The heist might be unsuccessful. Will Umbutho and the police burst Mangcobo?

Zimbabweans Have A Reason for Celebration Today

Rolled cheesy puffs learn how to make them