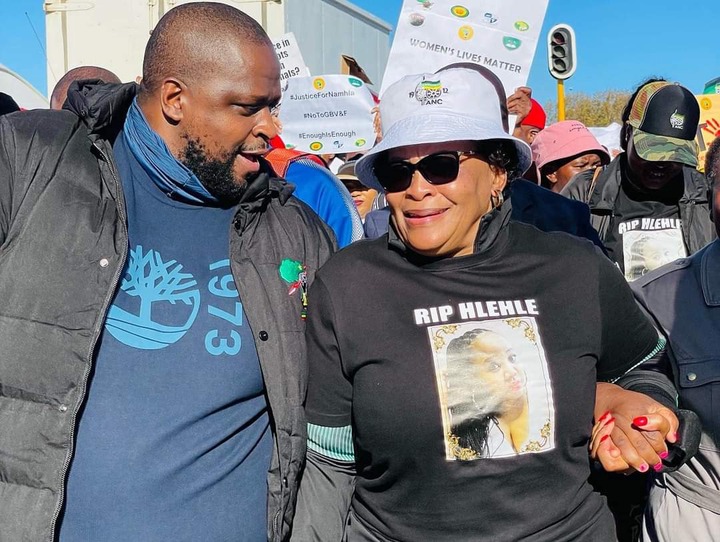 As scores of disgruntled South Africans marched, demanding justice for Namhla, Nomvula Mokonyane joined in. Mokonyane was spotted leading from the front, joined by other leaders of the organisation. But some people were dismayed by Mokonyane's presence, saying she's just trying to gain popularity. Mokonyane was accused of using the march for her own selfish reasons as she was once pro a suspected woman abuser. Minister Nomvula Mokonyane made her way into the headlines for a promise that she would defend Zuma with her buttocks. This was when Zuma was facing rape charges.When Mokonyane came under fire for her statement spokeswoman Brenda Mpitsang told the newspaper the “buttocks” comment was not literal. “She was using a figure of speech. She was just showing to what extent we would go to protect the president. There is no literal meaning to what she said.” (Source: https://www.iol.co.za/news/south-africa/gauteng/use-buttocks-to-defend-zuma-mokonyane-1750769) 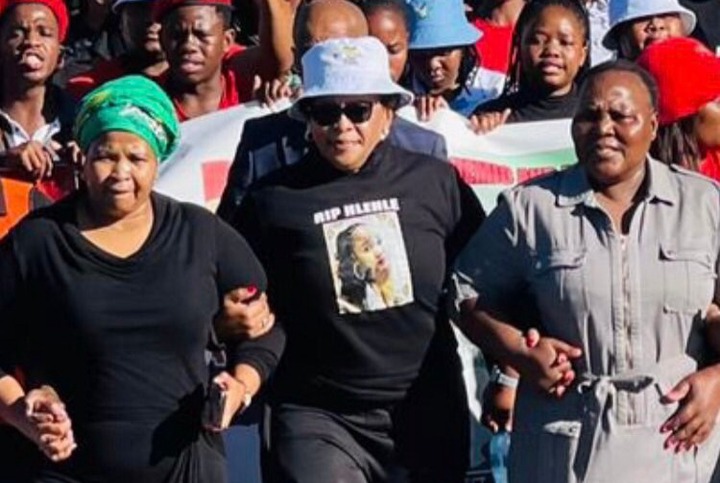 "I wonder why they didn't chase Nomvula Mokonyane , She's one of those who publicly insulted KWEZI and promised to protect Zuma with her buttocks", a Twitter user said. Khwezi is the woman who accused South Africa’s former president of rape a decade ago, sparking a national debate about rape culture. She later died aged 41. Mokonyane once made headlines when she came out guns blazing against four women who staged a protest on Khwezi's matter. Nomvula Mokonyane, Lindiwe Zulu and Bathabile Dlamini were apoplectic with rage in defence of Zuma. Today Mokonyane wants to act like she's an advocate for women's rights. "She's a liar and a hypocrite", some say. (Source: https://www.news24.com/w24/selfcare/wellness/mind/rememberkhwezi-who-is-really-standing-up-for-womens-rights-in-south-africa-20160808) 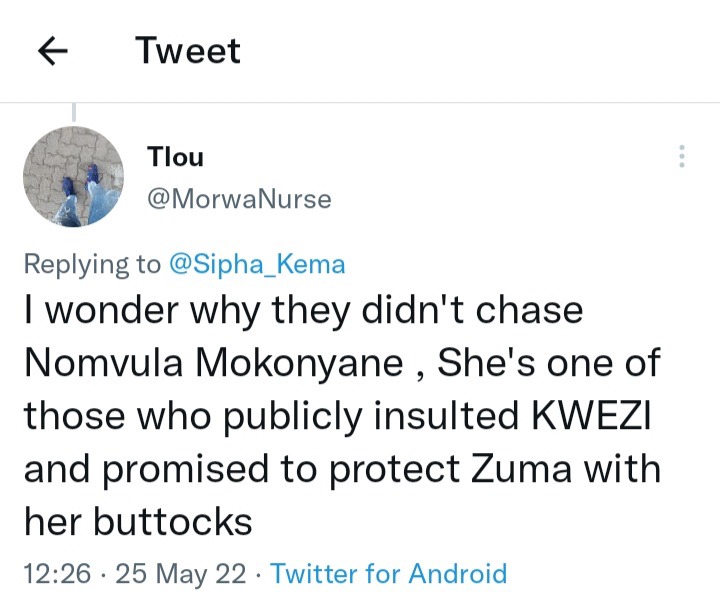 Meanwhile, during the march Mokonyane called for the arrest of Namhla Mtwa's killer. "If the perpetrator is not apprehended soon, we'll do a citizen arrest", Mokonyane threatened.

Namhla was shot nine times in her vehicle in April. It is being claimed that her boyfriend, a businessman and ANC member, was involved. However, no arrest have yet been made. South Africa is up in arms! It is great to see a united FORCE of citizens using their voices as a mileage for the one who no longer can speak for herself....Namhla may be dead but you people of South Africa have risen to the occasion when it mattered the most! This is LOVE in action! 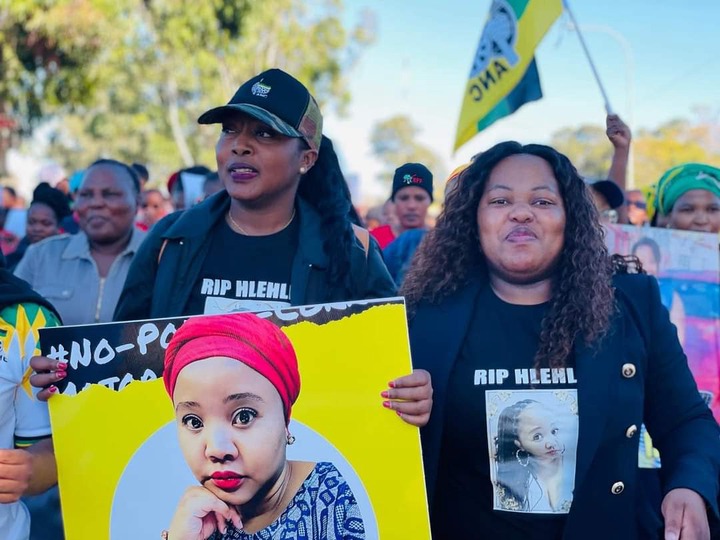 Date My Family: Our bachelor reveals he has been celibate for three years