By Proudly_SouthAfrican (self media writer) | 6 months ago 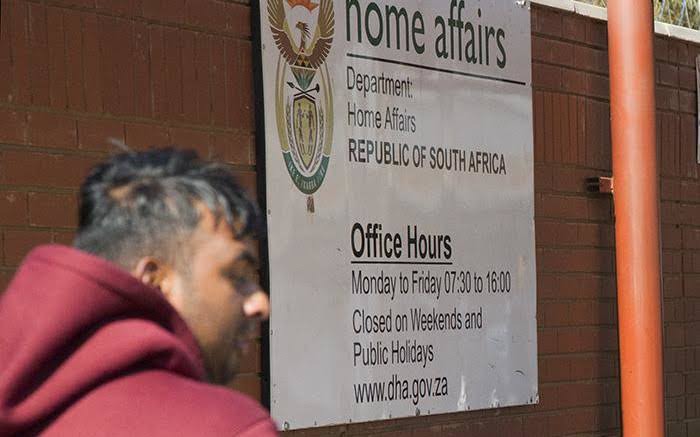 Operation Dudula has had another successful day today as the movement in Vosloorus today was successfully launched. South Africans have had it with foreigners and they are not backing down this time around as they won't be only attacking foreigners but also corrupt Home Affairs oficials.

The Operation Dudula movement has been gaining momentum and foreigners might as well consider themselves in deep trouble. This movement that started at Bara Taxi Rank has now spread to other places. Even though some perceive the movement as Xenophobic, South Africans mean business.

A social media page by the name of South Africa 4 South Africans tweeted that corrupt Home Affairs officials should watch the space as they are coming for them. 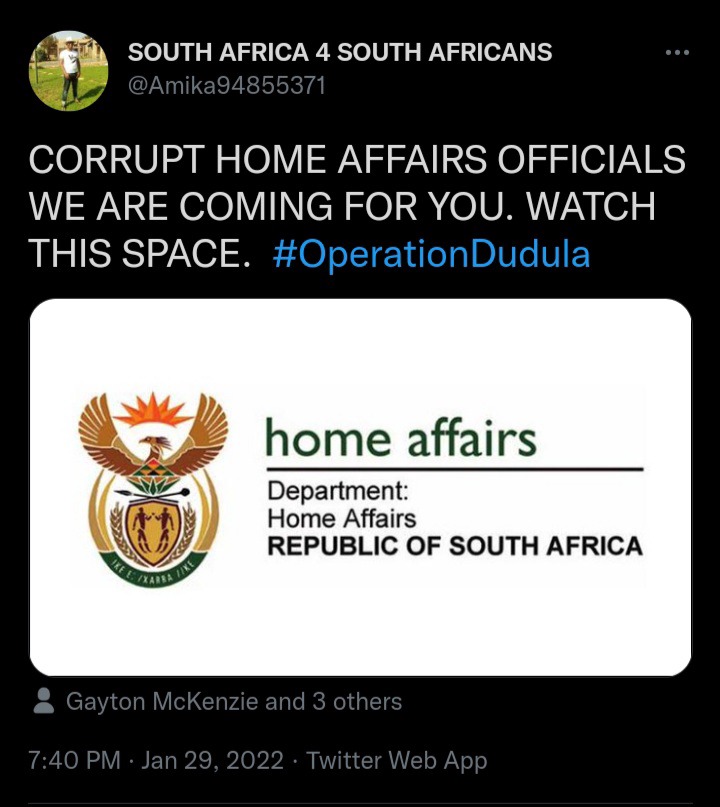 Corrupt Home Affairs officials have probably been making the foreigner crisis worse in South Africa and they should really be held accountable and responsible for their actions. However we must remember that we cannot take all matters to our own hands because things might end up violent and we could be targeting wrong people. What we can do as South Africans is to pressure the government to investigate the corrupt officials who not only offer documents to foreigners illegally but also take bribes.

Do you think it would be a good idea to also go for these corrupt Home Affairs officials or the law should be given the chance to deal with them? Share your thoughts down below.