A South Africa national and a member of #OperationDudula said in his Twitter account @EmmaPapi3 that “ Zimbabwean must stop Fooling themselves EFF Zim nationals say there want to join #OperationDudula. 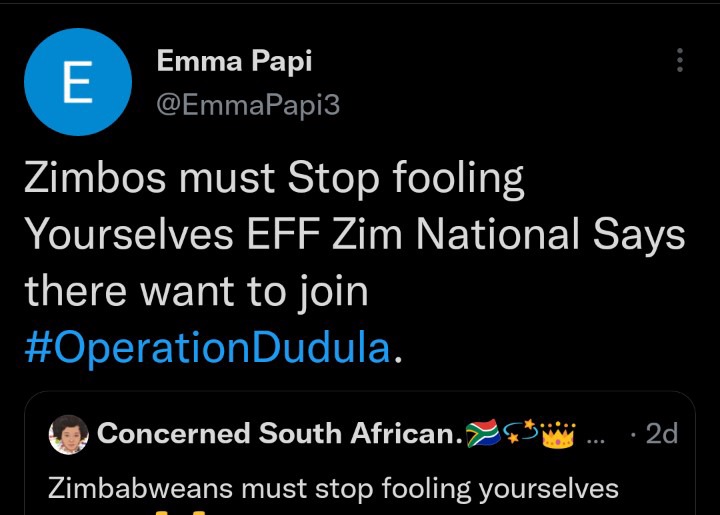 EFF know as economic freedom fighters was opened by Julius Malema to Combat corruption in South Africa but over the years there started Opening there branches all over the African countries Julius said in want one Africanism.

#Dudula was opened by a SAns Nhlanha Lux to put south Africa first and to fight illegal immigration done by our neighbours and some other African countries doing illegal jobs in SA such as Lesotho's Pakistanis' and Mozambique but became famous when EFF leaders arrested him saying he is being black on black.

IF EFF members Came in and join dudula some of them might be to spy what #Dudula us planing who ever is joining the Movement must be properly Checked for weeks. This is my Opinion. 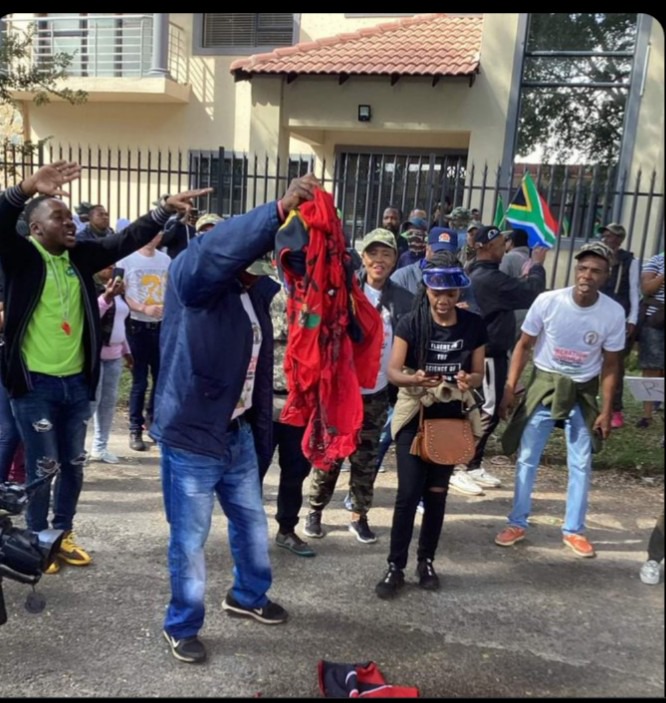 Vasili: What The Agent Told Us About Truter