The EFF held a picket at the French embassy in Pretoria today to mark Africa Day, calling for France's urgent exit from the African continent, particularly from West Africa, where it has former colonies. However, things did not proceed as planned because no one was expecting to get their message. 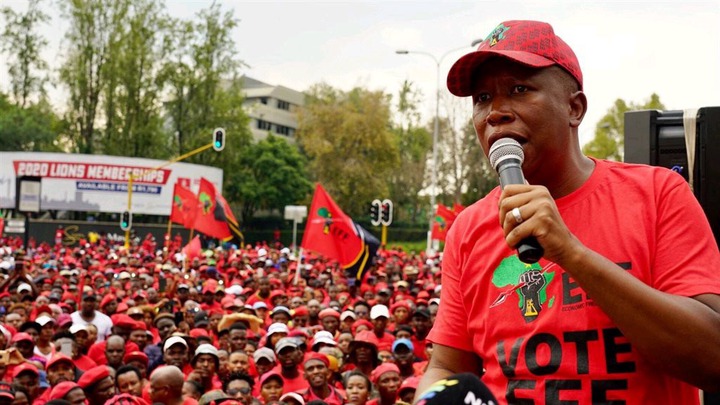 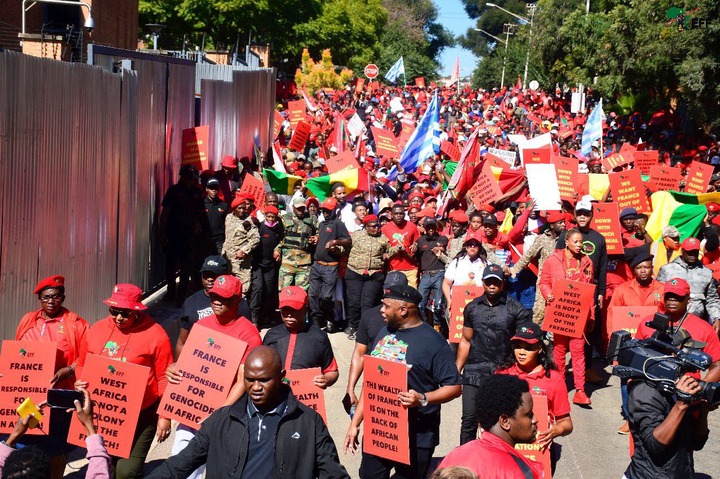 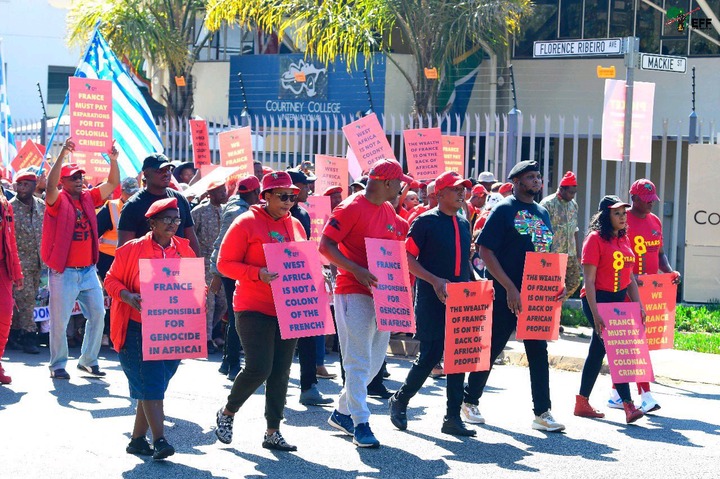 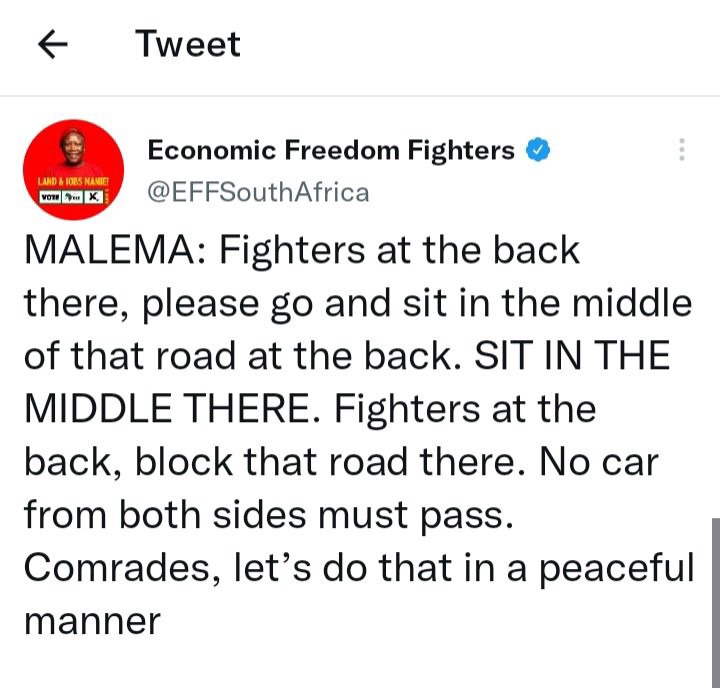 Please, fighters in the back, sit in the middle of that road in the back. SIT IN THE CENTER OF THE ROOM. Fighters in the back are blocking that road. No car from either side is allowed to pass. Let us do it in a peaceful manner, comrades ".. CIC Julius Malema addressed the Fighters with these words when the "French Imperialists" refused to accept the party's statement of demands.

In order to facilitate the aim of wealth extraction, France continues to micromanage African economies, dictate African monetary policy, and stockpile stolen riches through colonial debt and destabilization of African governance systems and institutions. According to EFF leader Malema, who led a march to the French Embassy, this is the case. Malema is spearheading the fight against France in order to ensure that economic independence comes from the south and spreads across the continent. Malema and EFF officials marched to France's embassy, demanding that the "biggest imperialist, criminals, and slave-traders, France" leave Africa's affairs.

"We're waiting for the EFF's memorandum to be delivered to the cowardly French imperialists, slave dealers, and murderers outside. They are terrified, despite the fact that they have killed so many people in Africa "Malema stated.

According to Malema, France continues to maintain large and frightening military bases in practically all African countries over which it once held colonial dominion.

The EFF will do all possible to destabilize all forms of colonialism on the African continent, and will take the lead in eliminating all relics of colonialism and colonial control.

"No one will fight you, no one will beat you, since you have killed a lot of people in Africa. What's the source of your fear today? SO GET OUT THERE AND FACE THE AFRICANS. We've come to present the memoranda and will thereafter depart. They will, however, have to go outside. Don't be alarmed; you're in a tranquil country "Malema sent a warning to the French.

Malema's efforts are unlikely to achieve any results. France would not sign the EFF Memorandum because they have a history of bullying African countries such as Congo.