By Runway_news (self media writer) | 7 months ago 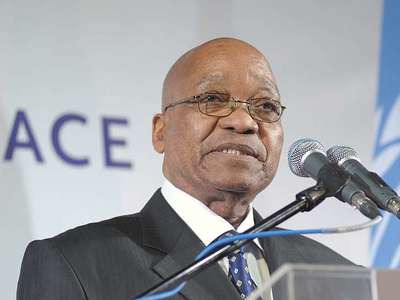 After receiving threats from Jacob Zuma, Advocate Hermione Cronje, the head of the National Prosecuting Authority's Investigating Directorate (ID), has purportedly requested to remove her office before her term ends (Ex President).

Shamila Batohi, the Public Director of Public Prosecutions, confirmed the news to TimesLIVE, saying she agreed with Cronje's request to leave effective March 20, 2022.

Cronje would be supported by NDPP Rabaji-Rasethaba while they look for a replacement.

"Following a challenging first start-up phase, Adv Cronje will leave the ID in various locations to carry out its important order. Given all of the groundwork that's been done, I'm confident that its work will continue unaffected in the not-too-distant future "According to Batohi,

As he reveals this, Jacob Zuma warns the African National Congress (ANC) about the dangers of forcing NPA leaders to resign.

According to Hermione Cronje of the NPA, corporate organizations have also influenced state capture.

In May of this year, President Cyril Ramaphosa appointed Cronje as the head of the Investigating Directorate in the Office of the National Director of Public Prosecutions.

The unit is tasked with investigating customary law offenses such as misrepresentation, imitation, robbery, and any other offense of a deceptive nature. It is located in Batohi's workplace.

In her final year at the NPA, she was involved in the formation of the Anti-Corruption Task Team (ACTT), a multi-organization task force tasked with investigating, arraigning, and recovering the assets of those involved in large-scale debasement.