By Firedadj (self media writer) | 16 days ago

Carl Niehaus was seen in court today on Friday, October 01, as he supported ANC Women's League president, Bathabile Dlamini. Niehaus shared a picture of the two of them in court on Twitter and had to set some things straight after being called an idiot. 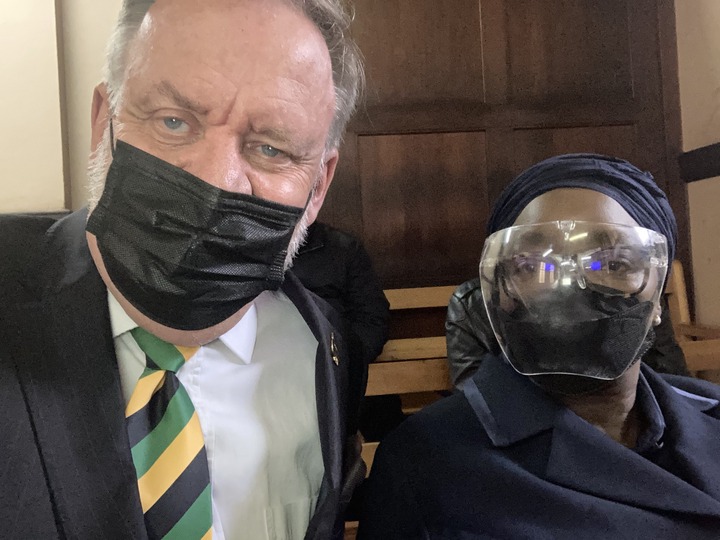 Carl Niehaus was in the Johannesburg Magistrates Court on October 01, as he supported Bathabile Dlamini who is the president of the ANC Women's League.

Carl Niehaus snapped a picture of the two of them sitting next to each other and shared the picture on Twitter with the caption, "With comrade Bathabile Dlamini in court now. We must stand with our comrades, and support each other when we are targeted and persecuted".

We are all aware of Carl Niehaus temporary suspension from the ANC, although many was under the impression that the ANC fired Niehaus, it's now reported that he was only suspended on a temporary basis.

After Niehaus shared the picture with the caption on Twitter, he was attack and called an idiot by one Twitter user. The tweet read, "Carl Niehaus you are no longer a member of that vrot MYANC so stop defending them. You look and sound like an idiot!". 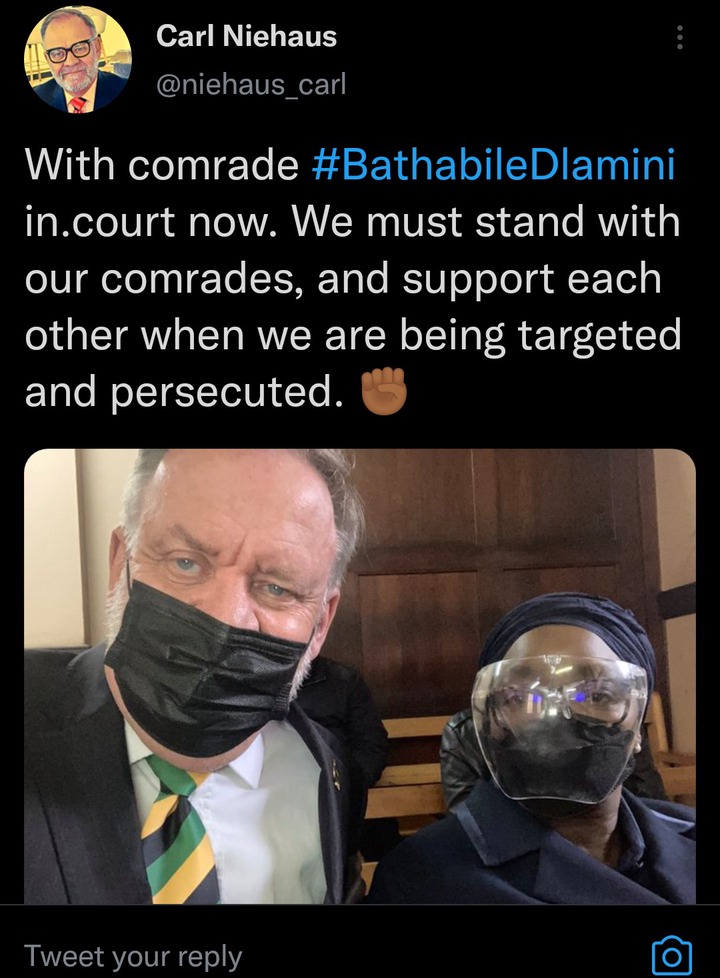 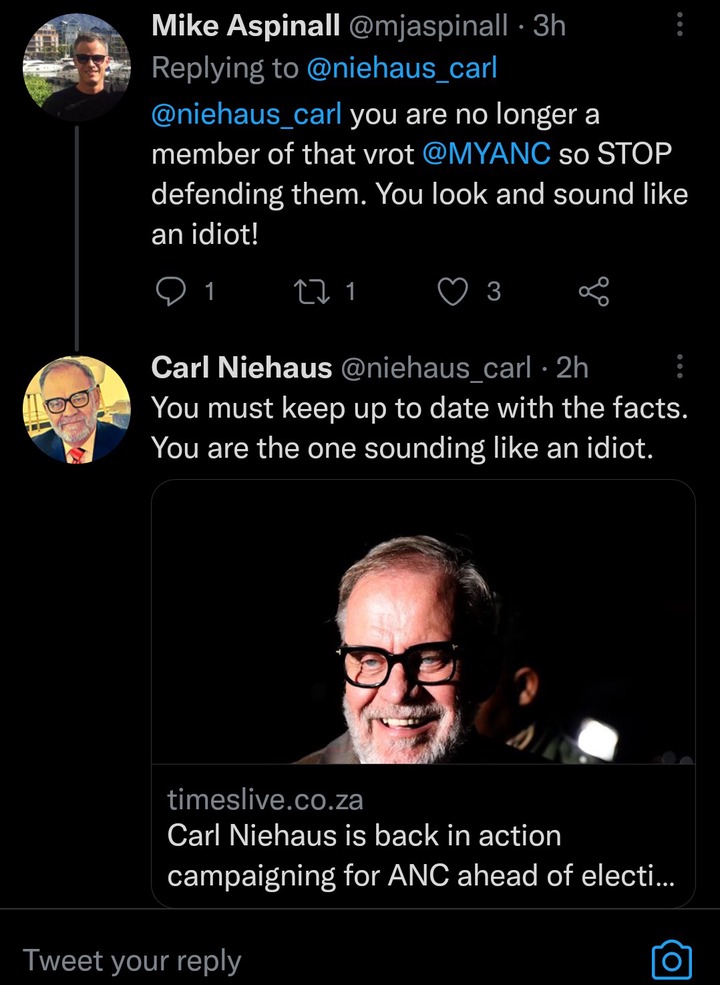 Carl Niehaus immediately responded and replied, "You must keep up to date with the facts. You are the one sounding like an idiot". In which Niehaus attached an article of timeslive reading, "Carl Niehaus is back in action campaigning for ANC ahead of elections".

Carl Niehaus set the record straight as he responded to the question, "Because my temporary suspension lapsed, and my ANC membership is fully reinstated". 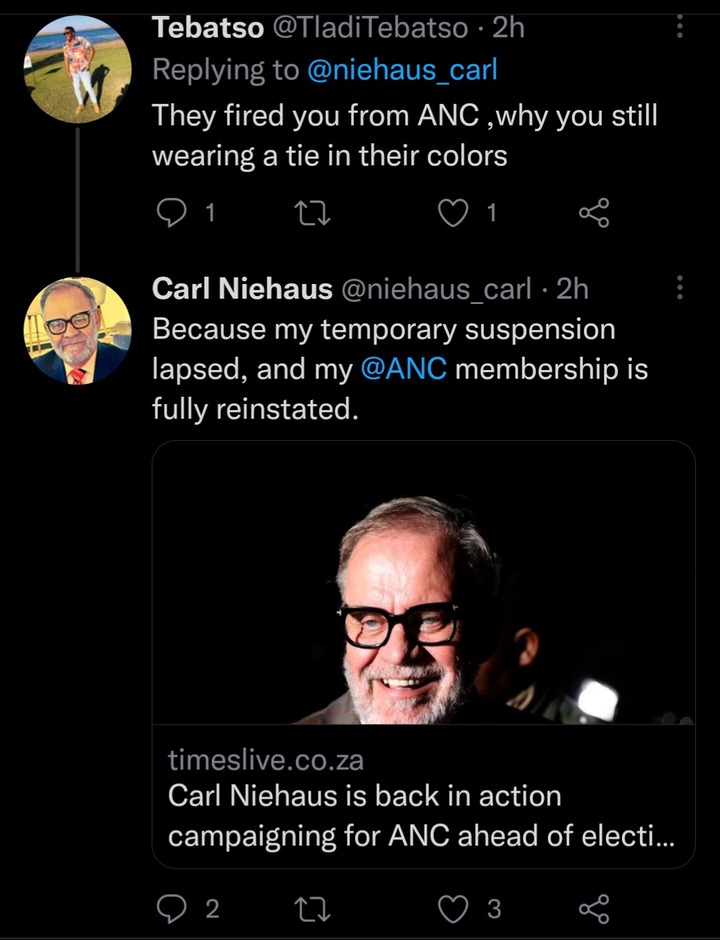 Carl Niehaus schooled them nice on Twitter and he is back with the ANC as his suspension is a thing of the past. Carl Niehaus got his voice back and he won't be silenced on Twitter seeing how fast he replied after being called an idiot.