The donors of Deputy President David Mabuza who are urging him to run for a brief term are supposed to be those who have been expelled or suspended from the ANC for some time. 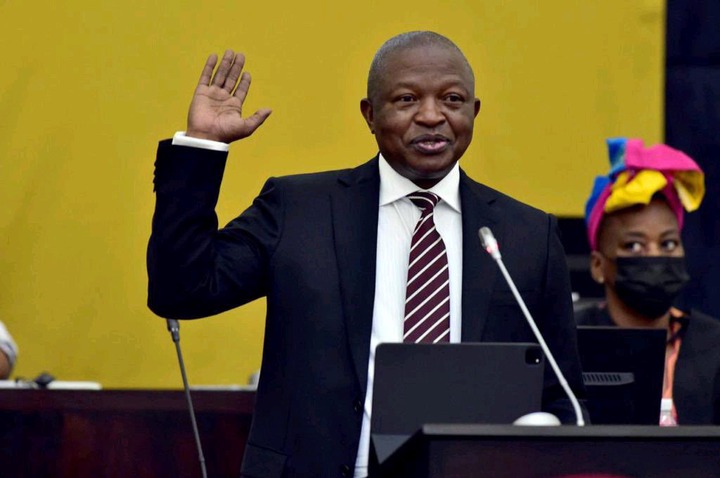 Ngrayi Ngwenya, one of Zuma's most vociferous supporters and a close associate of David Mabuza, was suspended from the ANC last year after he drove a group of supporters to Zuma's Nkandla estate to show their support in advance of his imprisonment.

Currently, it is accepted that individuals who have been suspended or expelled from the ANC are urging David Mabuza to run for ANC presidency in December.

The former Mabuza stronghold in Mpumalanga has been taken over by individuals who pledge their allegiance to President Cyril Ramaphosa.

It appears that David Mabuza has been steadily marginalized in his own country, and those who feel he should undertake the mission have either been suspended or fired.

Pundits assert that representative president David Mabuza's campaigners for his next term in the administration are ANC rebels who have been linked with another ideological organization for a very long time.

With David Mabuza's entry into the race to become the ANC's leader in the December election, he joins other heavyweights vying for the role.

To compete for the job, Cyril Ramaphosa, Zweli Mkhize, and Lindiwe Sisulu have received assistance from branches in different areas.

David Mabuza asserts that he is prepared to represent a following term, contrary to a previous concept that he could halt legislative concerns due to his frailty.

David Mabuza claims, much like the remaining contenders whose names have been thrown into the ring, that he has been designated by ANC branches and will benefit from the endeavor.

ANC's December gathering will be fiercely contested as an increasing number of candidates enter the official race for the most prestigious office.

Ngrayi Ngwenya, a supporter of Mabuza, argued that he will become president regardless of what his opponents think.