TWO ALLEGED KIDNAPPERS WERE STONED TO DEATH, AND ONE RESCUED

Acts of vigilantism and mob attacks. This is after the brutal murder of two suspected robbers in Siloam outside Thohoyandou ( Limpopo Province ) 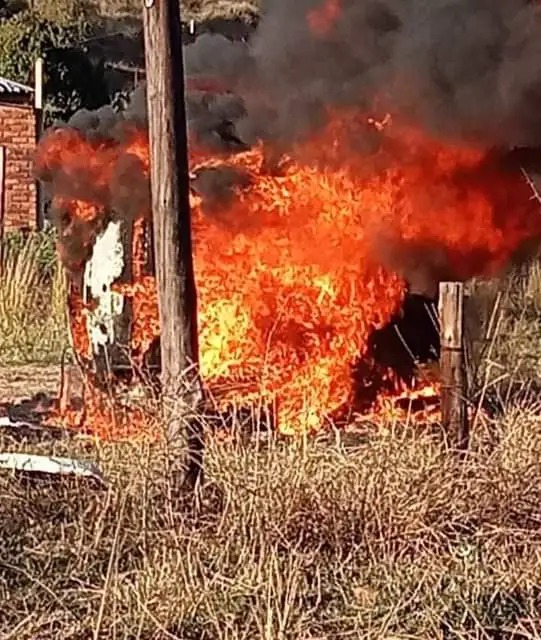 Two were stoned to death and their bodies burned by community members at Tshavhalovhedzi village under Siloam policing area. Reports suggest that three suspects allegedly robbed a 23-year-old woman of her cellphone and other belongings at the local Plaza. They then attempted to kidnap her in full view of the bystanders but hastily left her and drove off after she screamed for help.

Community members gave chase and caught up with the robbers after their vehicle crashed and rolled over. Two were killed and the third one was rescued by the police. Their motor vehicle was also torched. Community members proceeded to surround the police station, demanding his release, some also wanted to burn the station.

It's not like I condone vigilantism, but I think the community couldn't just fold their arms when an innocent woman was about to be abducted...do you think they should have let those villains take the woman with them and call the police who would have come after 5 hours? No ways. Community intervention is the best thing ever. 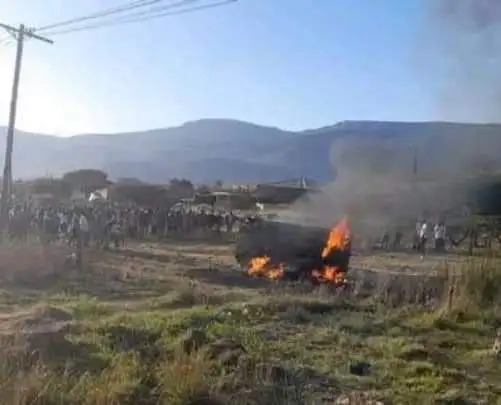 Anyone with information about the suspects who allegedly took the law into their own hands should contact the Station Commander Lieutenant Colonel Adziambei Nemavunde on 082 461 7554 or crime stop number 0860010111 or the nearest police station or May send the information via MySAPS App.