"Don't be cowards, come out," Malema tells the French ambassador as he shoots at him. 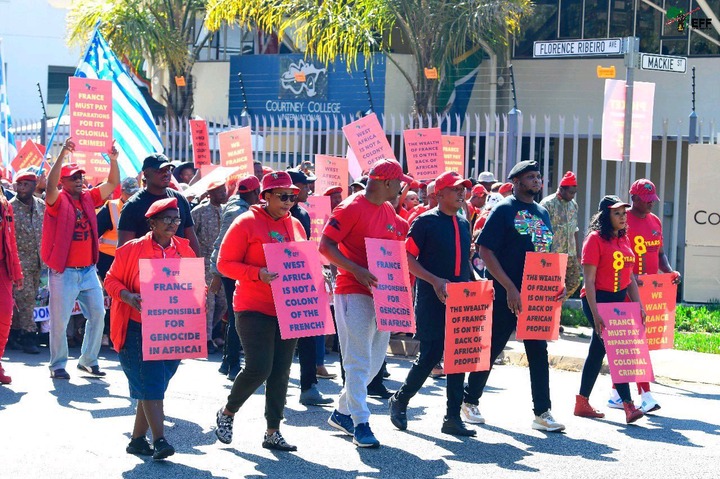 Julius Malema, the leader of the Economic Freedom Fighters, lost his temper outside the French Embassy, where he had led ground forces to give a letter to the French ambassador.

EFF wants France to leave Africa because it sends out negative messages to its former colonies, which are still very much under its control.

The French ambassador didn't want to meet with Julius Malema and his group.

"We have a lot of peace. Don't be cowards and stay inside. You have killed a lot of people in Africa, so no one is going to fight you or beat you. Why are you afraid right now? So go out and face Africans, "Malema said.

When the leader of the Red Berets lost his temper, he told the French ambassador to come outside and take the memo so they could leave.

Block that road, you guys in the back. No car from either side can go through. Let's do this in a peaceful way, comrades "Malema helped the ground forces of the EFF. 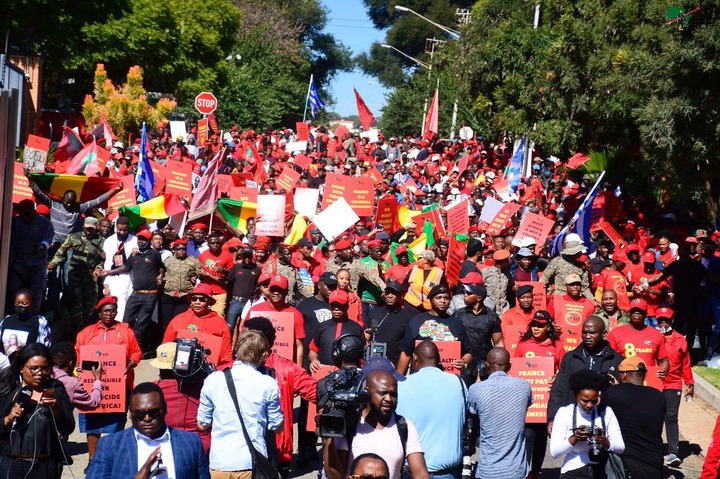 Later, Aurélien Lechevallier, the French ambassador to South Africa, came out and finally got the memorandum, but he wouldn't sign it.

This happened after Julius Malema went to the gate and talked to the French ambassador, who said he would stand at the gate while the EFF leader read the memorandum.

Malema says that the EFF wants a response to all of the demands in the memorandum within 14 working days.

Julius Malema said, "The EFF will do everything in its power to destabilize all forms of colonialism on the African continent, and it will take the lead in tearing down all traces of colonialism and colonial rule in Africa."