The battle between Nhlanhla Lux and Mmusi Maimane is still raging, and the latter has described the operation Dudula movement leader as, “dangerous distraction that solves nothing”. However, this kind of description did not go down well with Lux, who is now raining abusive words on Mmusi. The most annoying aspect was when Mmusi said that, “Operation Dudula is hating on fellow Africans and I have a problem with that, Lux Is “lightie” who is being used by political handlers. “You are not a revolutionary, you are not a visionary, and your whole brand is built on hate. Your operation is a dangerous distraction that solves nothing,”… Nhlanhla Lux is not happy about how Mmusi Maimane described him and operation Dudula movement. Mmusi had earlier said that marching is not what the country needs, same thing that Madi Boity also said. However, Lux, who is infuriated by their statements is threatening fire and brimstone. 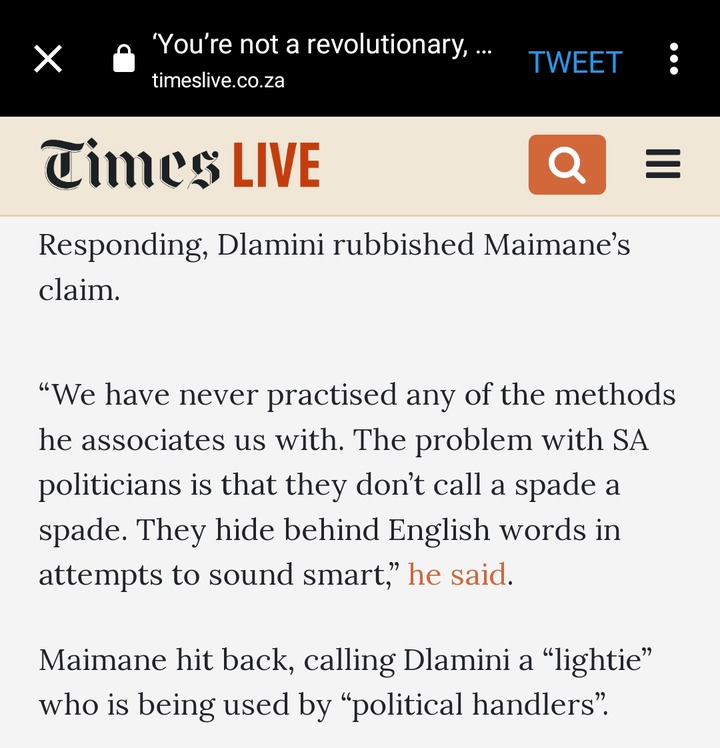 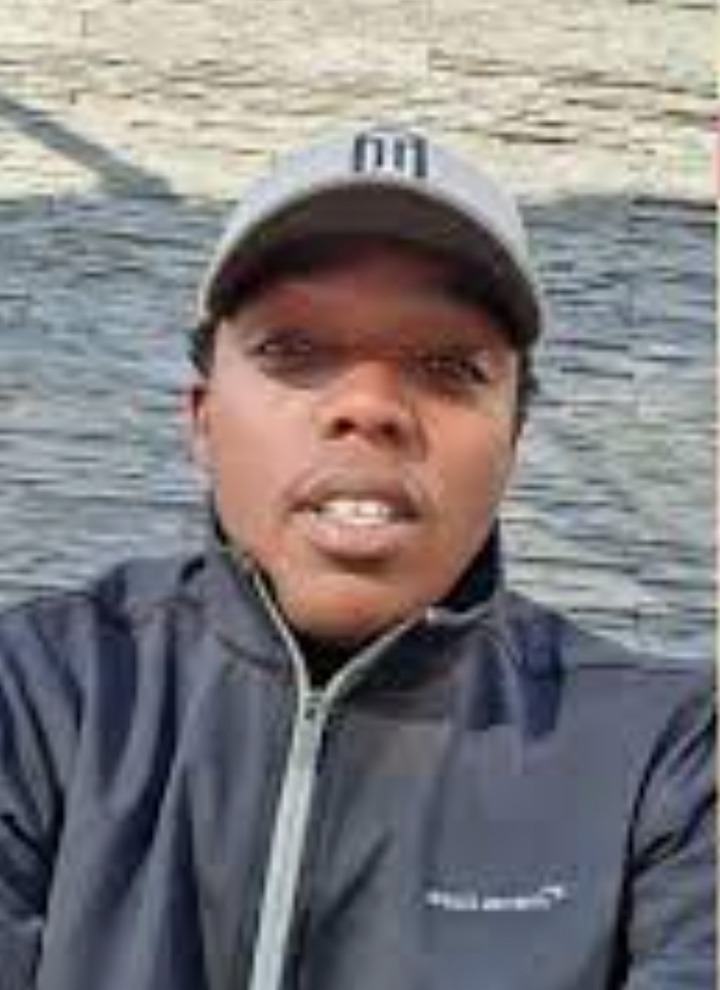 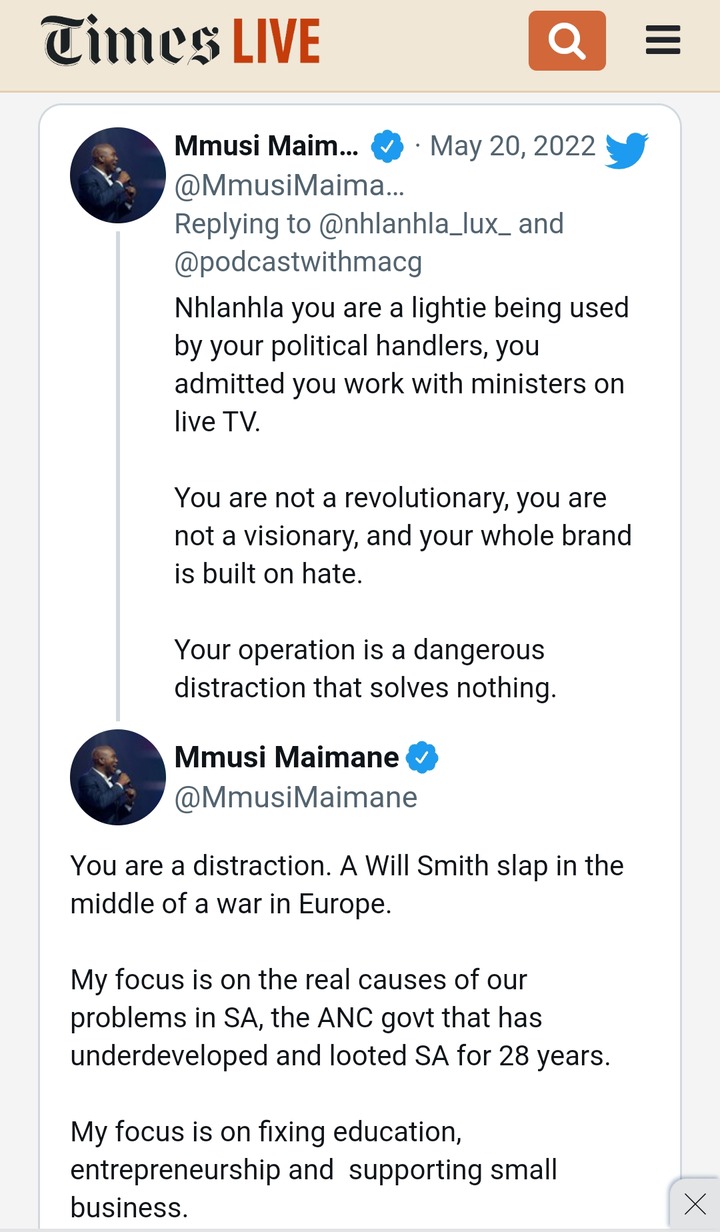 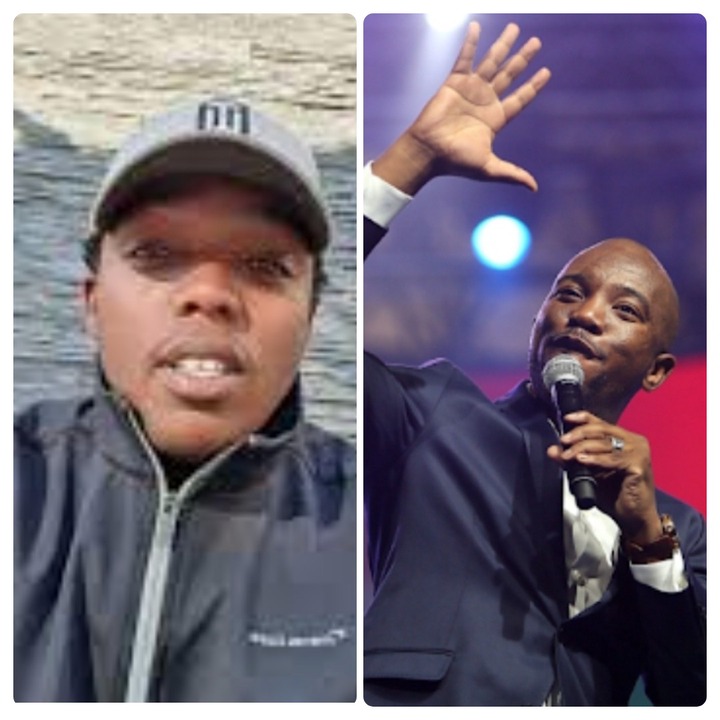 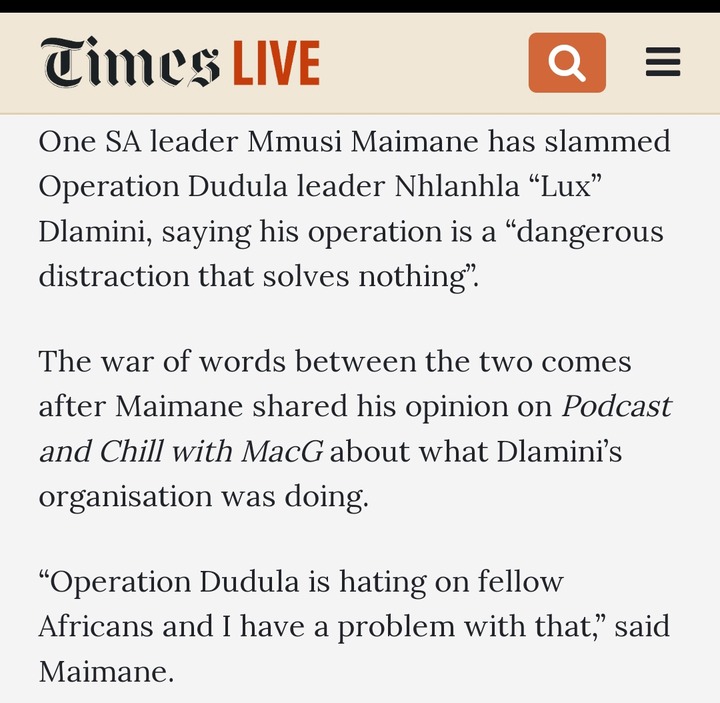 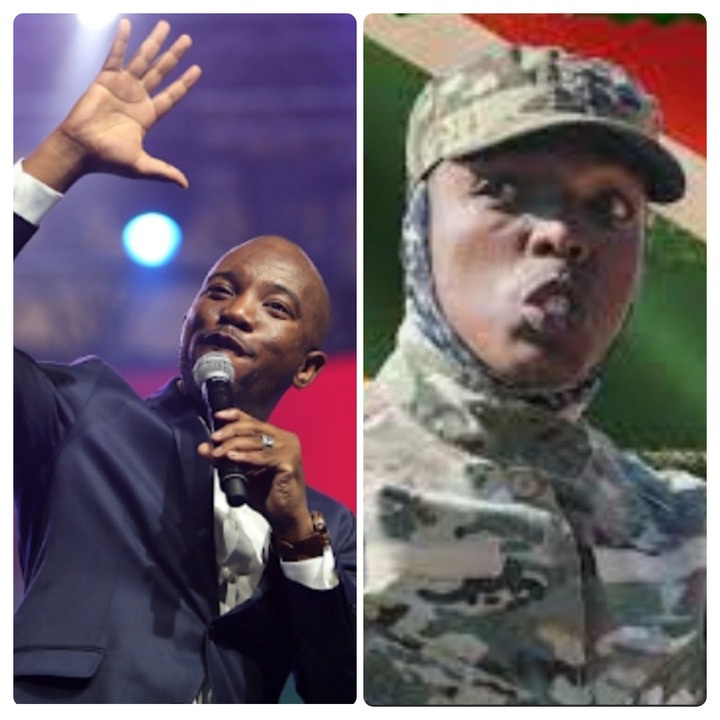 It can be ascertained that the operation Dudula movement leader, Nhlanhla Lux, is trying to protect the image of his group. This is why some are angry with him. They noted that he is trying to present himself as a true hero, whereas he is not. They argued that his marching from one province to another has not solved any problem, but compounded it because it was centred on hate. It compounded it because it had led to the death of some people, although operation Dudula movement has denied being responsible. Previously, Maimane invited Dlamini, Action SA leader Herman Mashaba, the DA’s head of policy Gwen Ngwenya and the department of home affairs to a debate on Afrophobia, immigration developments and solutions in South Africa. Herman Mashaba is against anyone who is interested in granting amnesty to any illegal immigrant. From all indications, Herman Mashaba, Gayton McKenzie, Kenny Kunene and Nhlanhla Lux operate with the same ideologies. 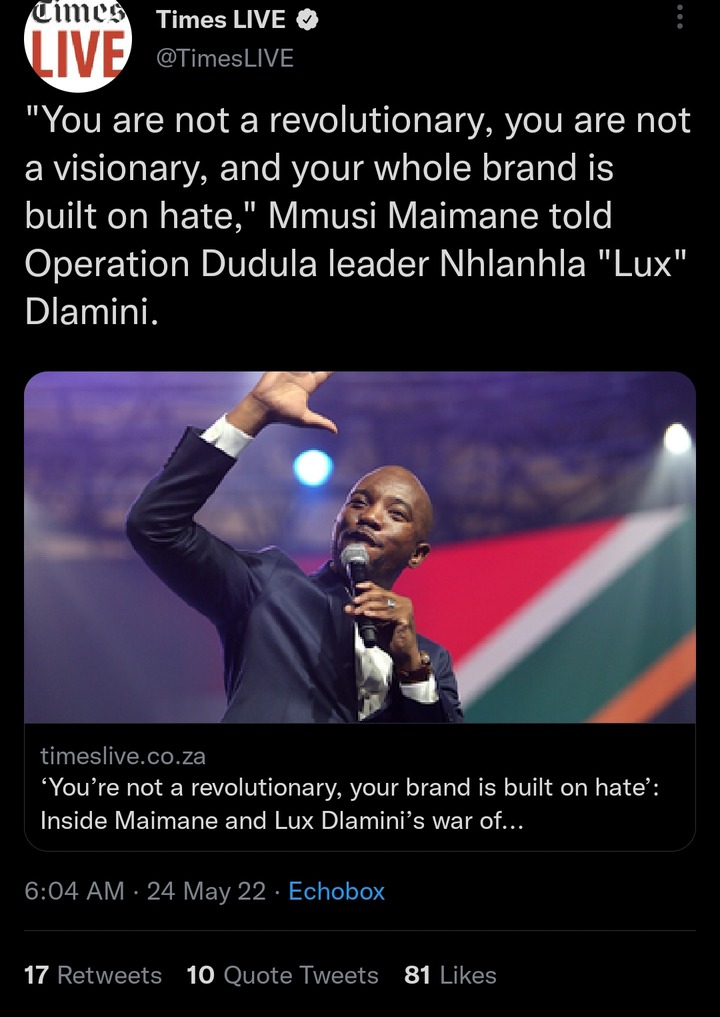 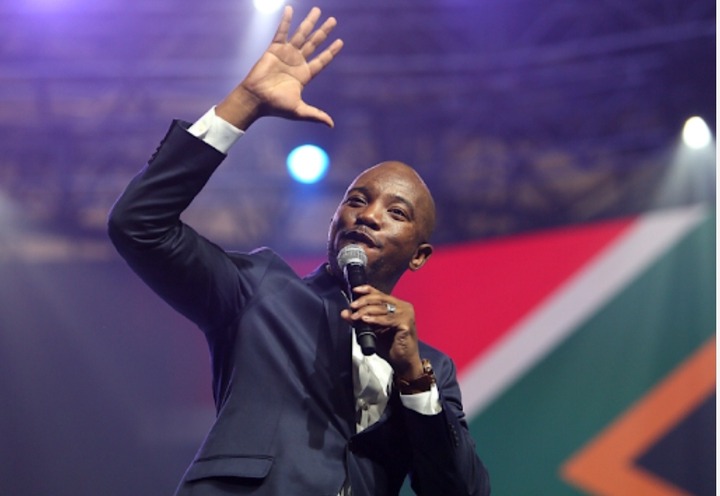 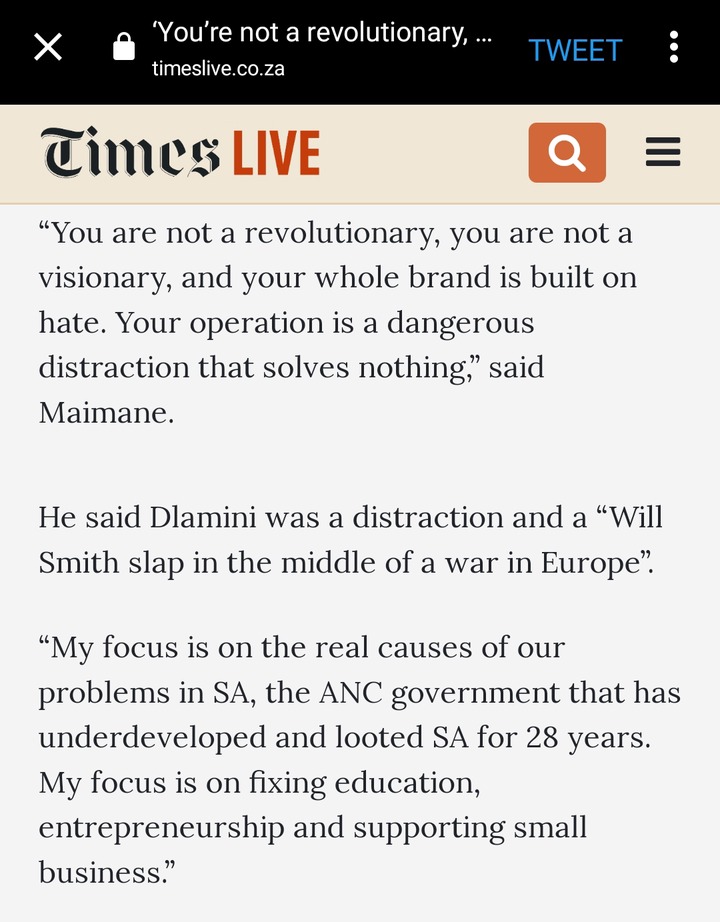 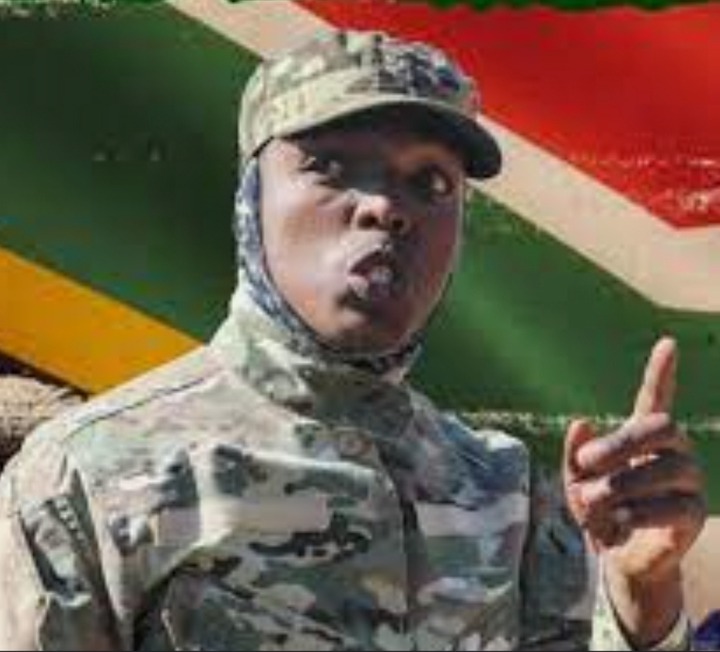 Do you want to quit smoking? Here are 3 foods that help you do this

Opinion - This is Douw Steyn, a man who controls 65% of South Africa's insurance business.