There are some pictures that are being shared on social media and people are commenting why they love Jacob Zuma so much. Among all the former presidents of South Africa, he remains the most popular, always in the media and trending. Jacob Zuma is still maintaining one of the largest following. A South African youth said that this is one of the reasons he loves Jacob Zuma, “What I love about President Jacob Zuma is even if we don't see eye to eye with him for not voting ANC for now he won't send solders and police to brutalized, harass, kill and arrest us we know he loves us and ANC. I have got no other home;Jacob Zuma and I are in the same boat, we both love our country”. This is mostly why people love Jacob Zuma, and he is still politically relevant even several years after leaving office. 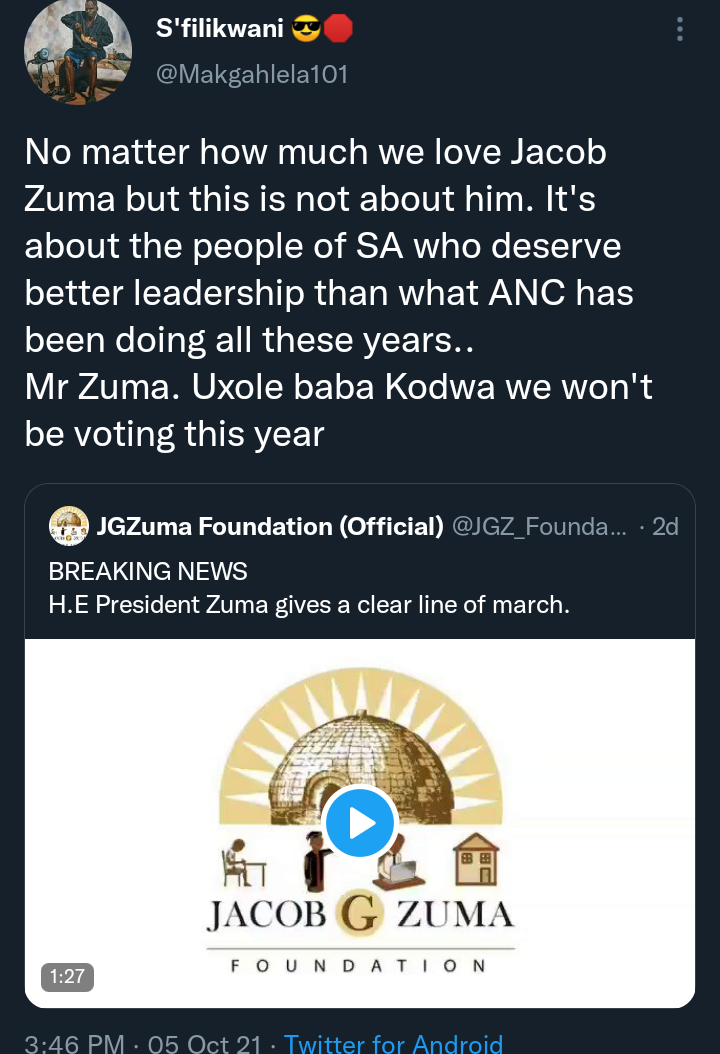 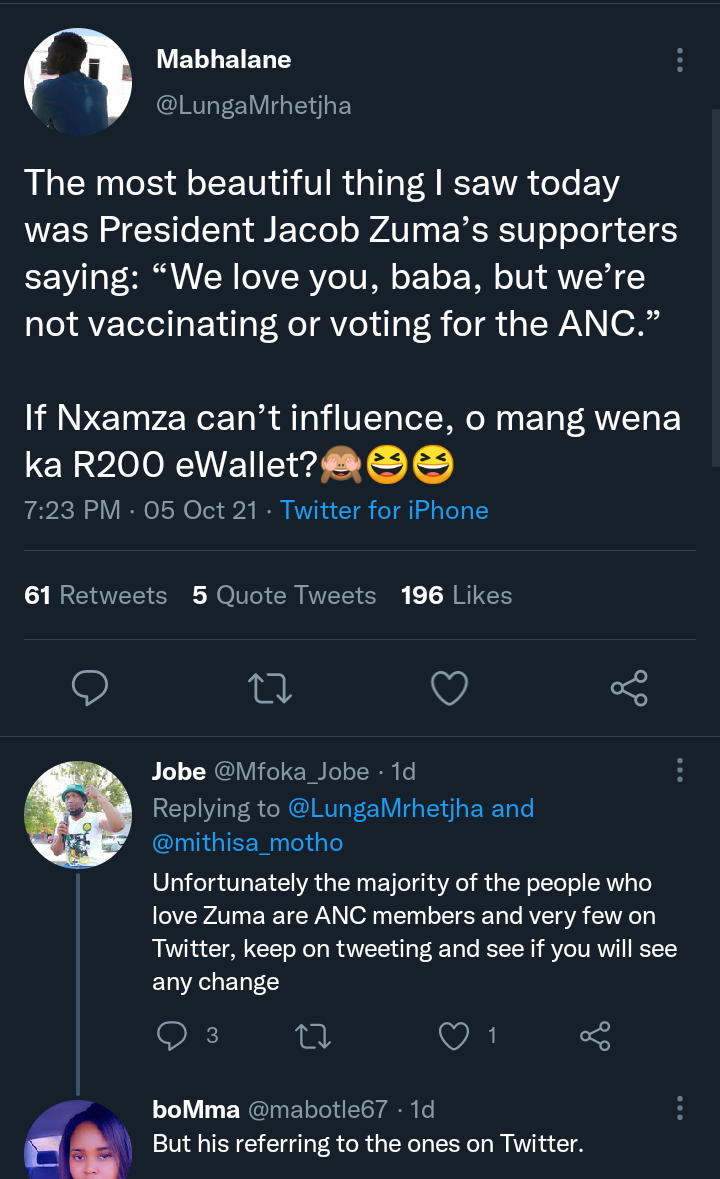 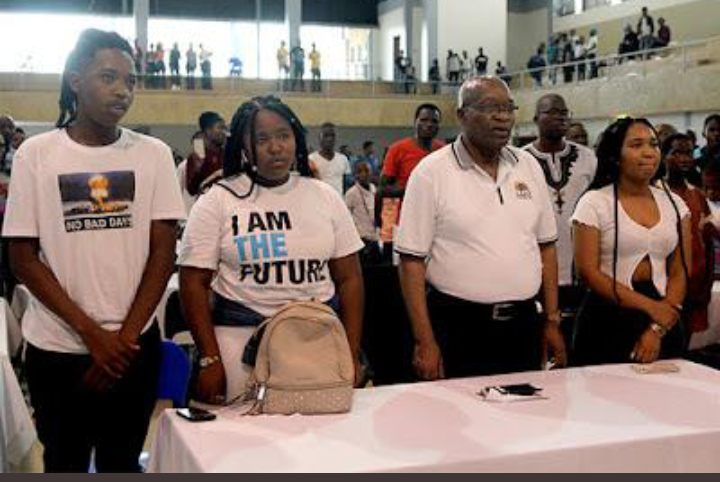 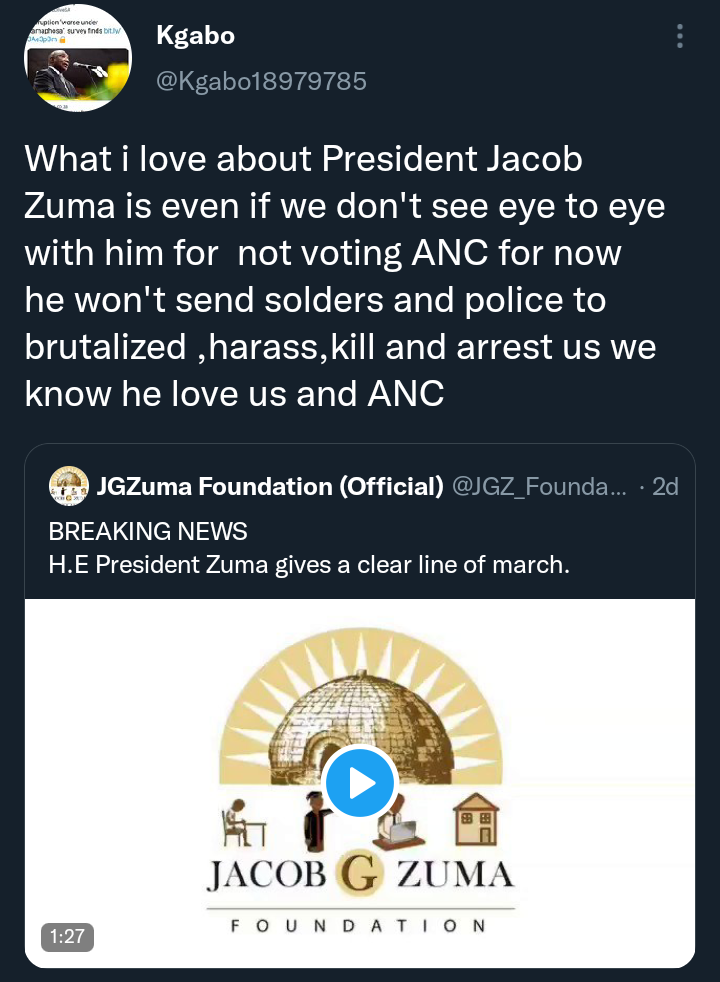 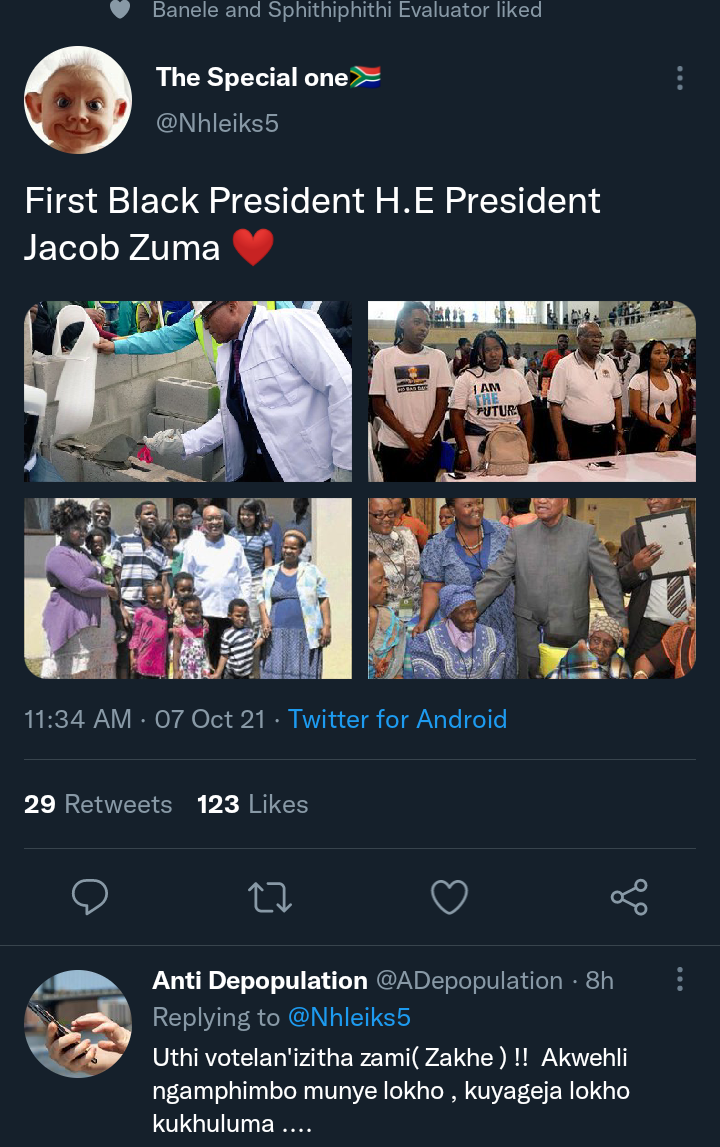 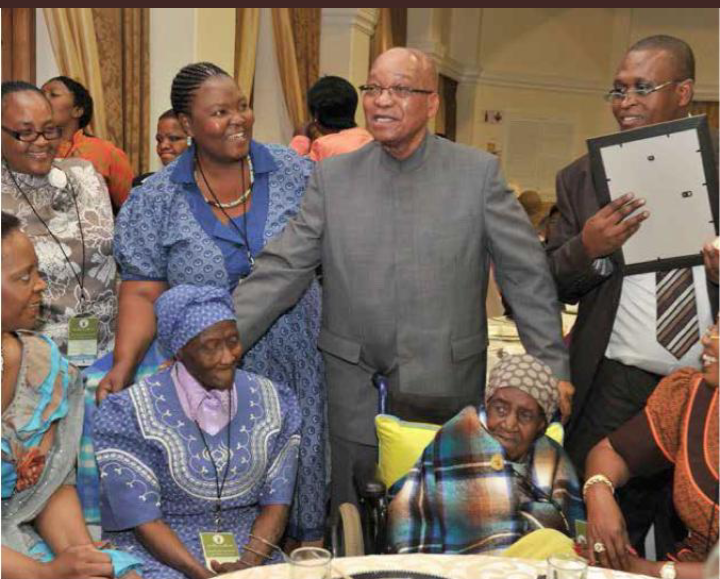 Jacob Zuma made a short passionate video recently pleading with his numerous followers and supporters to vote for the ANC,, but many people said that they won't vote for the ANC. They said that although they love and respect Jacob Zuma and will always be committed to him, the ANC does not deserve their precious votes. One person said on Twitter, “The most beautiful thing I saw today was President Jacob Zuma’s supporters saying: “We love you, baba, but we’re not vaccinating or voting for the ANC.” We love ubaba”. Another South African youth and a popular social media influencer said much why she so loves Jacob Zuma. She said that his love for black people are extreme and genuine. Furthermore, she said that Jacob Zuma is down to earth, unlike other people who feel that it is only white people that matters. She again added, “We love you President Jacob Zuma this ANC arrested you few months ago without a criminal trial on this Planet's, this time I am sorry I won't vote for ANC saphatheka kabi bekuhlukumeza has our beloved Nxamalala ngiyaxolisa ngeke kusakhona Ramaphosa”. 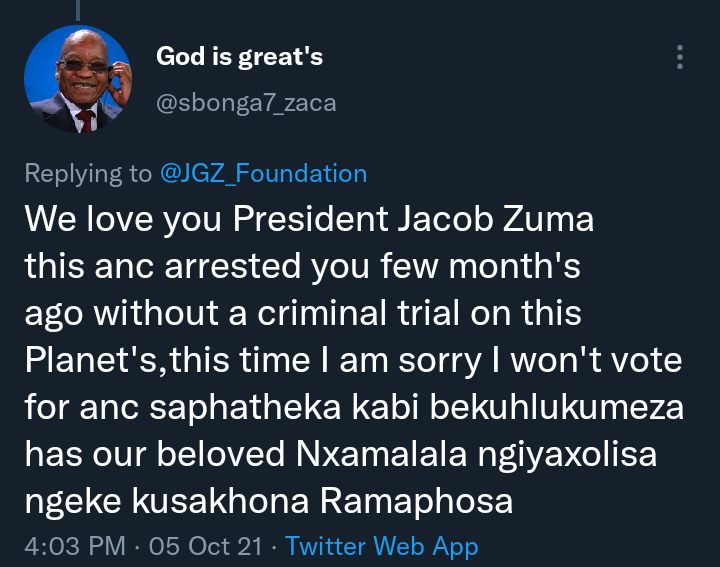 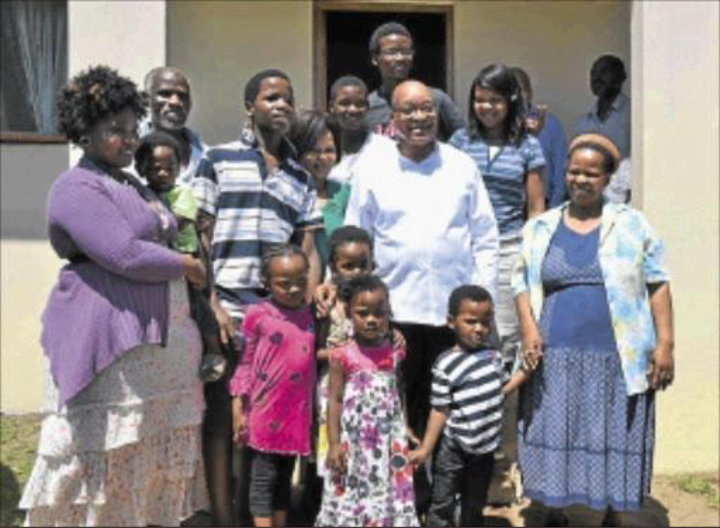 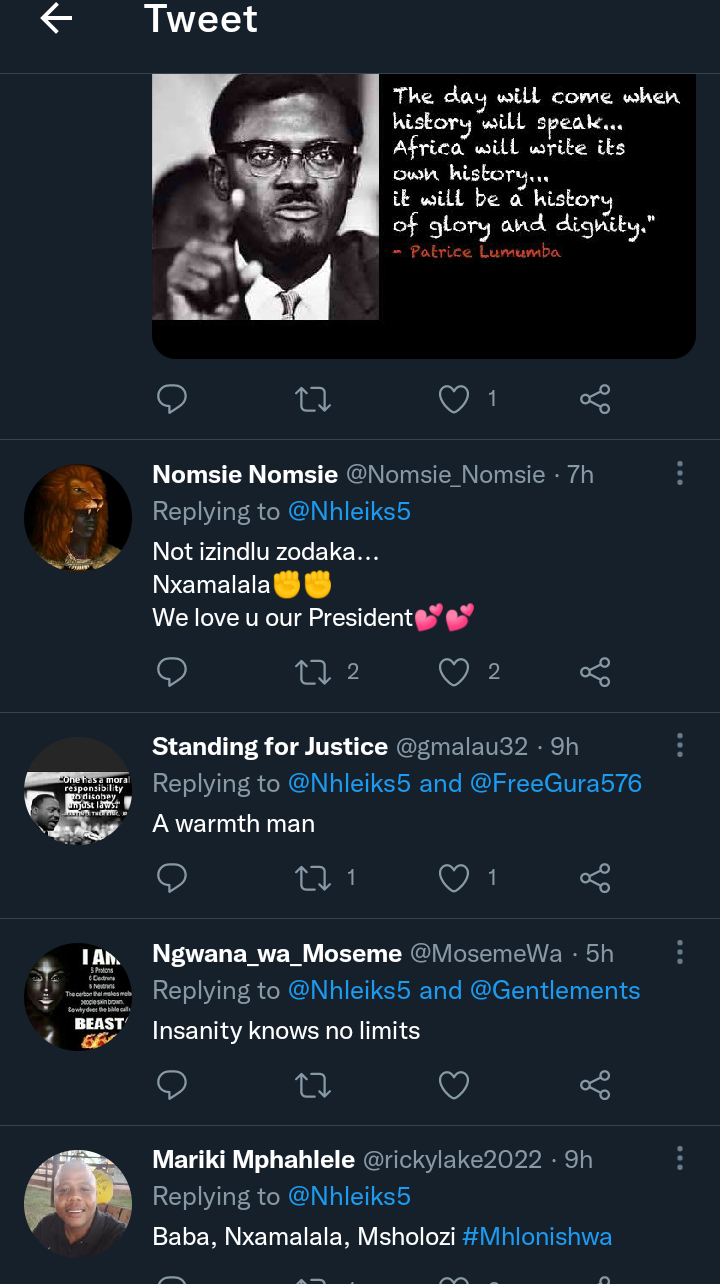 Despite all appeals from Jacob Zuma that ANC didn't wrong him and that they should vote for the ruling party in the upcoming elections, a youth declared that this is not about Zuma, but they are fed up with the ANC, saying that they deserve better. He said, “No matter how much we love Jacob Zuma, but this is not about him. It's about the people of SA, who deserve better leadership than what ANC has been doing all these years…

Mr Zuma. Uxole baba Kodwa we won't be voting this year”. But they do not know that not voting keeps the ANC in power.