Julius Malema was taught this lesson the hard way, and it was a particularly unpleasant one. Numerous South Africans expressed their displeasure with him on social media after he offered to recruit additional combatants to join the protests. Malema has been accused by many of attempting to worsen an already tense situation. Following his statement, his Twitter account was suspended for 11 hours, with the social media company saying he violated their terms of service. Numerous others have corroborated the fabrication of the Duduzane Zuma account, and the microblogging service has since restricted access to the account. Duduzane has, of course, declared that he is not a social media user. Julius Malema is undoubtedly undergoing a difficult period and has opted to maintain a low profile. This represents the low point in his professional career. 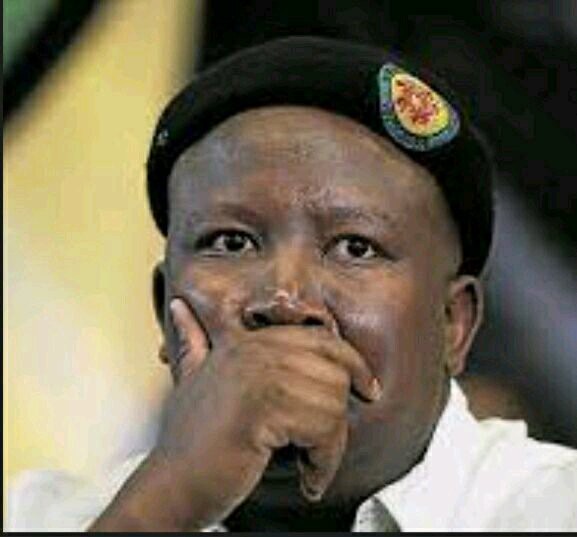 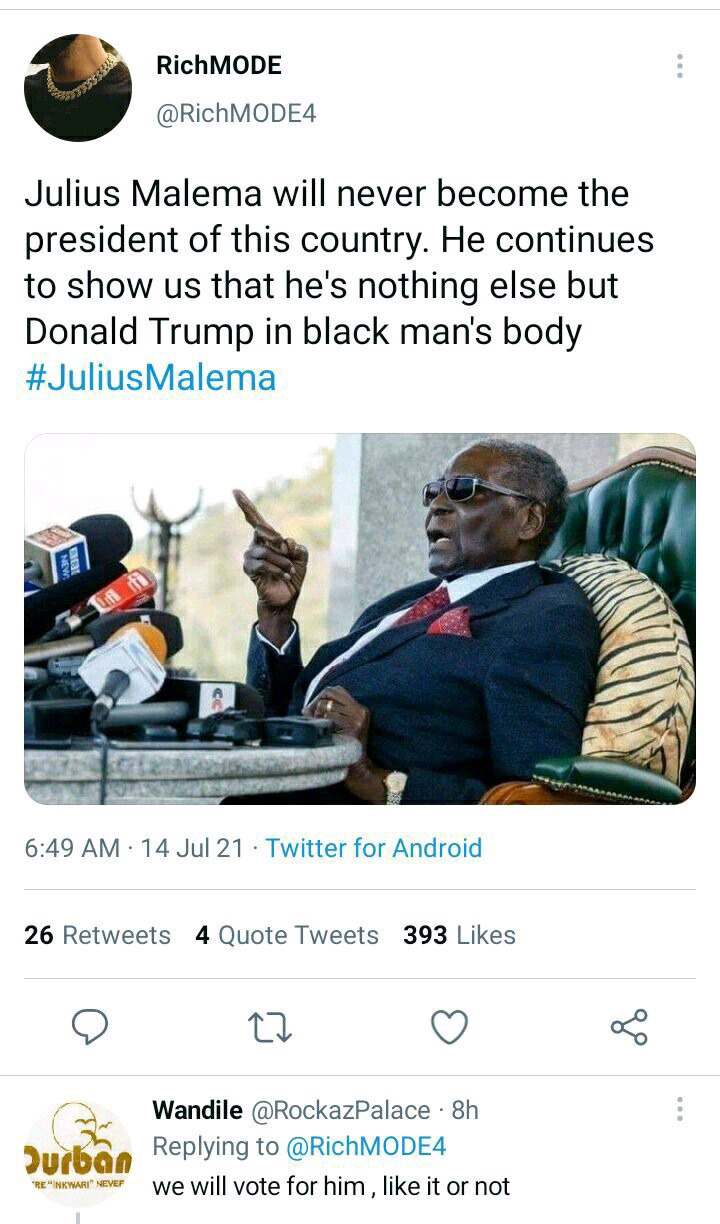 Numerous individuals have condemned him on social media, alleging that by revealing his genuine identity, he has exposed it to South Africans. They accuse him of being always negative and obstructing efforts by the government to criticize President Cyril Ramaphosa's administration. 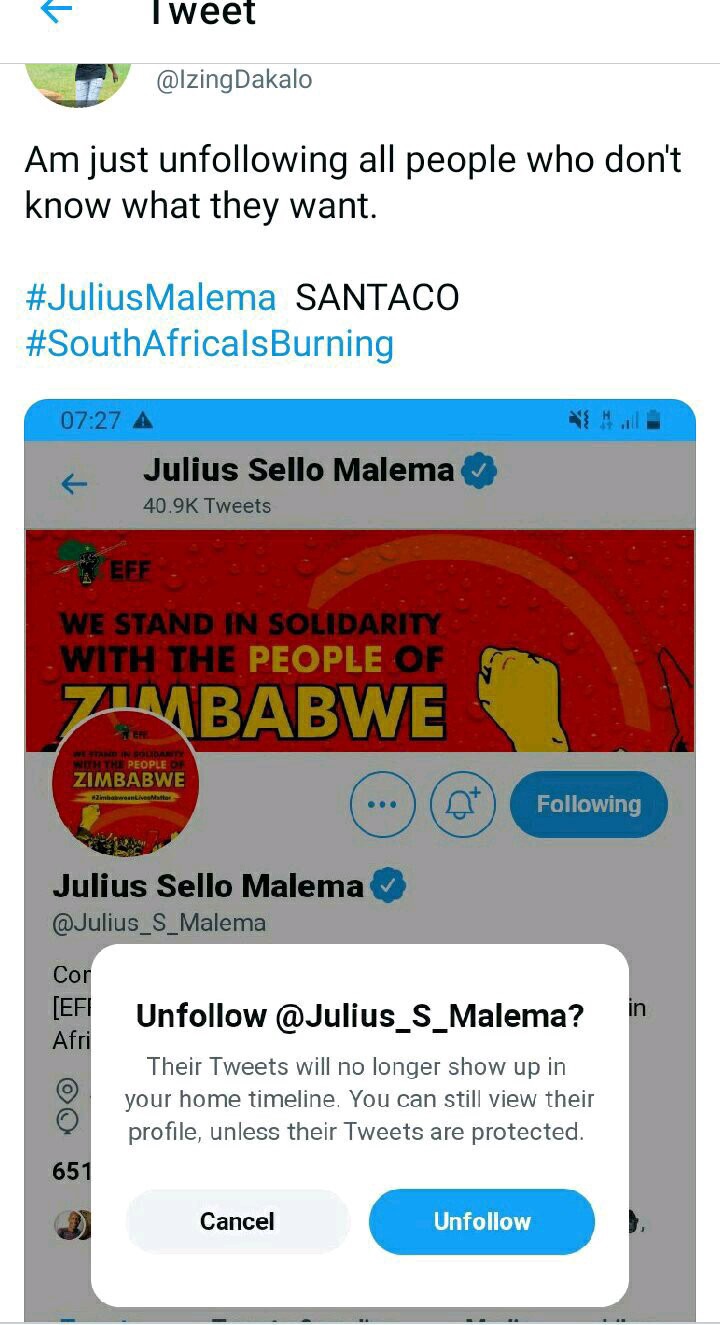 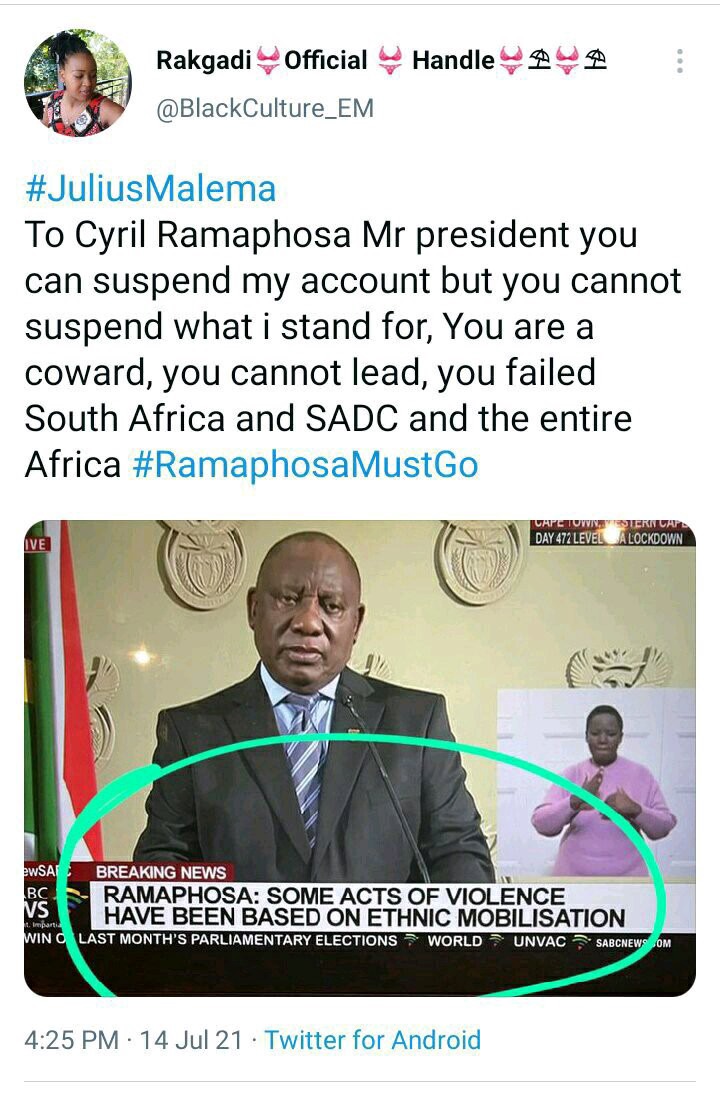 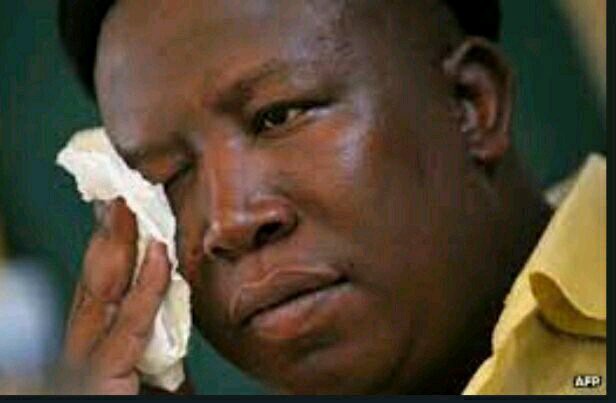 A young South African who was following the founder of the Economic Freedom Fighters chose to unfollow him, alleging the politician lacked direction in life. "I'm simply unfollowing everybody who is unsure about their objectives," he explained to Malema. Numerous individuals have abandoned the energetic and youthful congressman, and not even his beloved foreigners, refugee immigrants, and illegal aliens, whom he has always protected, can help him reclaim his position.

Undocumented migrants have abandoned their communities and infrastructure as a result of the demonstrators' destruction. Their enterprises, stores, kiosks, and spaza were all heavily plundered. The most egregious element is that many small and medium-sized enterprises are uninsured, in comparison to major corporations.

A young guy asked that someone cease unfollowing him on social media, pointing out that simply following him does not mean that the person shares his political views. Furthermore, he noted "Maintaining a connection does not require you to agree with everything they say. It's amazing how much entertainment value can be derived from simply hanging out and listening to what others have to say.

You never know when they're going to say something worthwhile, but it does happen on sometimes, and it's always a joy. However, I am unable to prevent it." This has also been noted previously." Julius Malema will never be elected president of the country. He continues to show us that he is nothing more than Donald Trump masquerading as a black man." Nobody speaks out for them, not even foreigners. Malema's supporters have questioned why he recruited new warriors to join the protests. Was it pleasurable for him to watch thieves and protestors pillage people's property and rob them of their livelihoods? What about mall owners who have had their businesses, stores, restaurants, automobiles, and other personal property robbed or destroyed by demonstrators and looters?