By DissentingVoices (self media writer) | 11 months ago 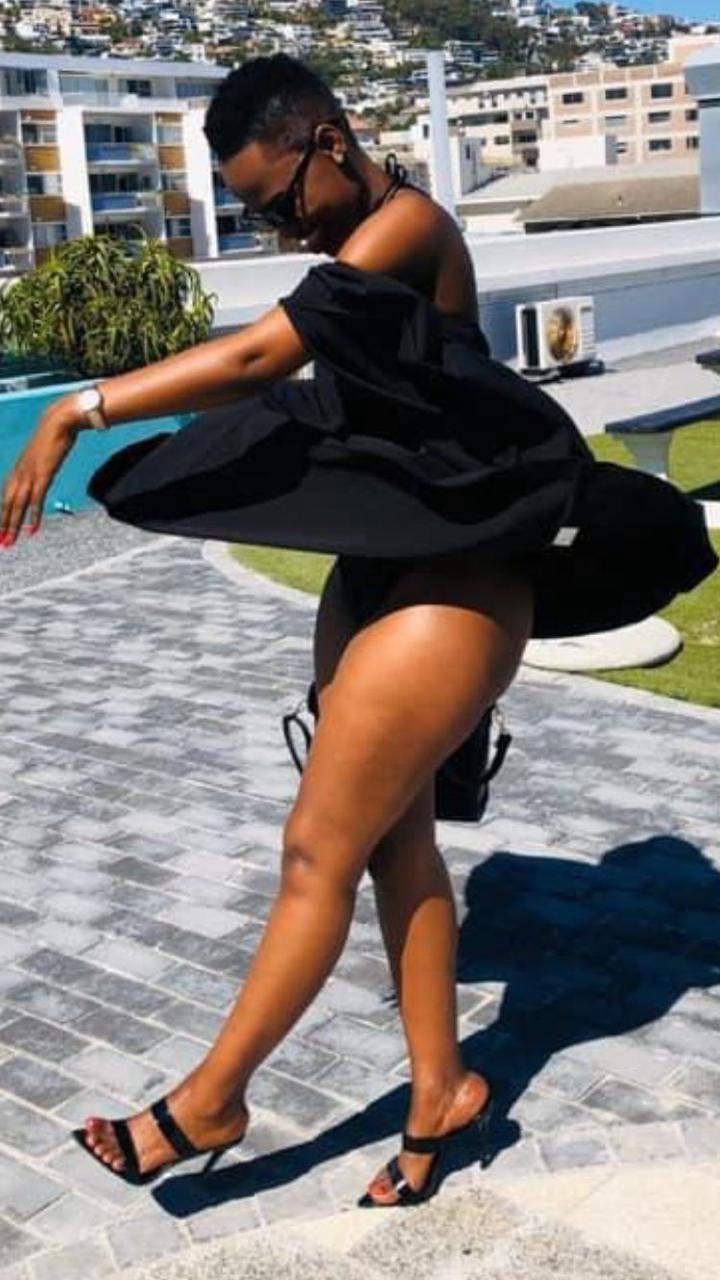 Transport minister Fikile Mbalula has landed himself in trouble with Twitter users after he commented about a photo of a woman allegedly being reffered to as minister Stella Ndabeni-Abrahams.

There were two photos posted by Chris Excel, the "Black Twitter President" and he claims that Stella Ndabeni Abrahams is the hottest minister the country has ever had.

"Stella Ndabeni Abrahams gotta be the hottest minister we've ever had in South Africa," he said. 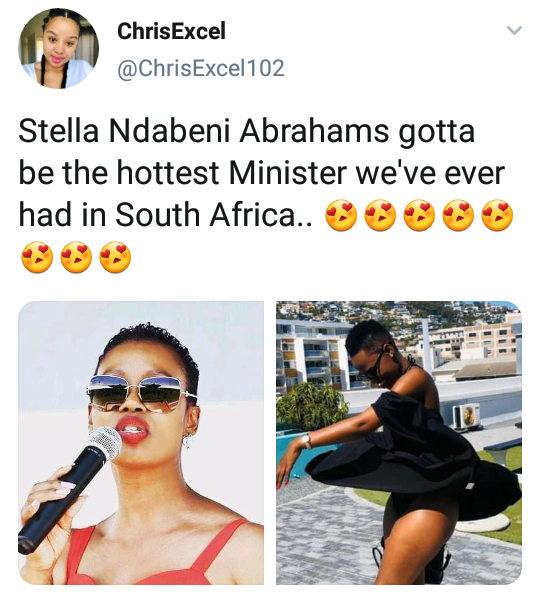 Everything was going so well, as twitter users were interacting with Chris Excel and giving their thoughts about the photos he posted until Fikile Mbalula ruined the momentum.

Fikile Mbalula told Chris Excel to delete the second picture claiming that it is not minister Stella Ndabeni Abrahams.

"Your second picture is not the minister, please delete," said Mbalula. 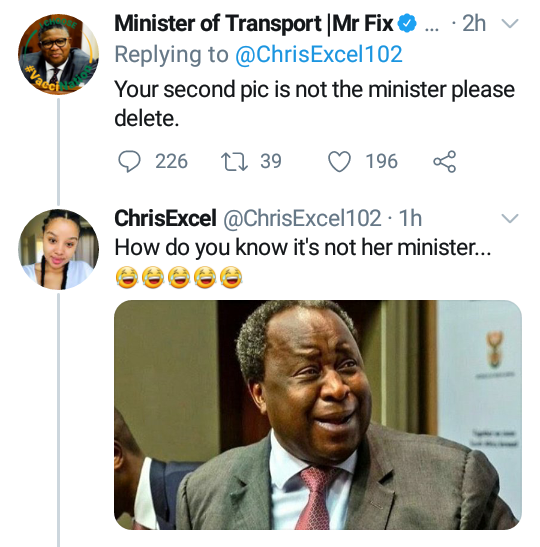 But the Black Twitter President refused to be bullied by Mbalula and questioned how does Mbalula know it's not minister Ndabeni Abrahams.

The defiance of the Black Twitter President led other twitter users had to join in and roast Mbalula.

"Imagine deleting a tweet because of including an image of someone who's not a minister. Delete corruption in ANC first with your fellow friends before you tell tweeps to delete tweets since you're too much focused on delete," he was told. 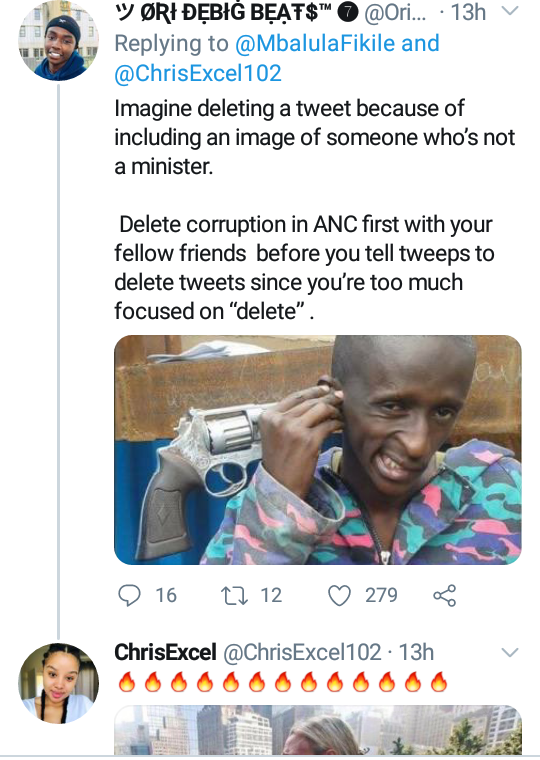 "You don't tell our Black Twitter President what to do, just get a glass of water drink and rest,"

"The minister is now telling our president what to do lol," some comments were sarcastic. 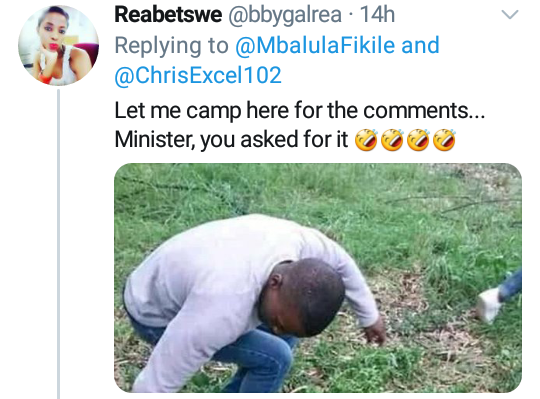 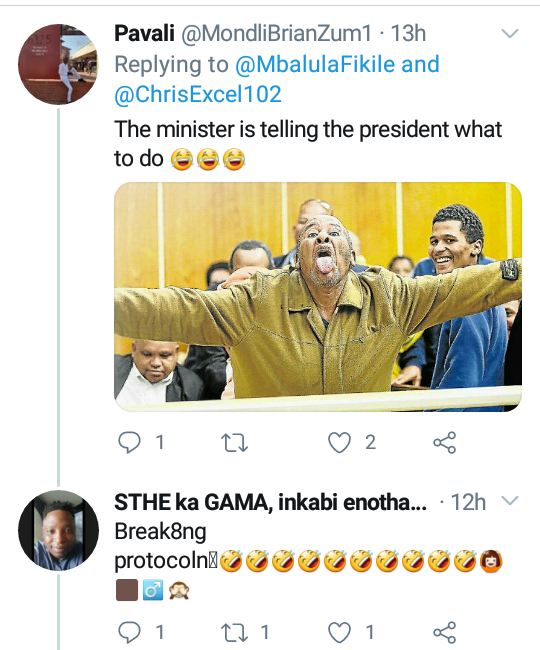 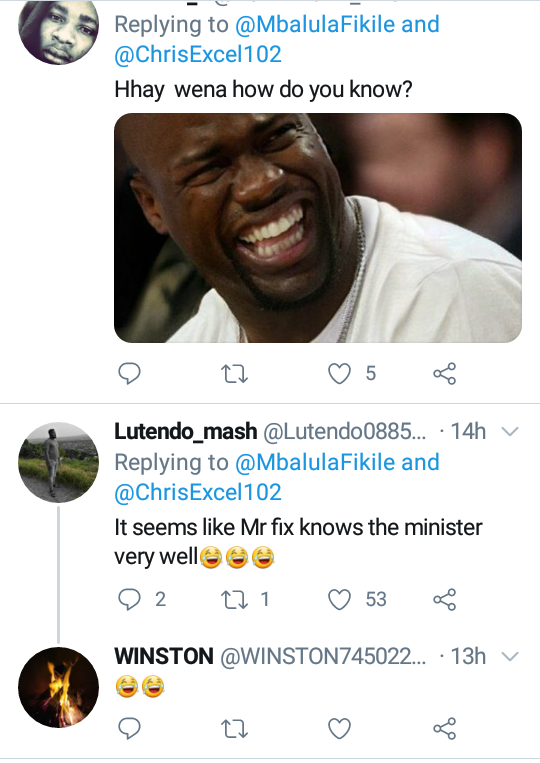 "Business idea" Start your own shisa nyama 🍗🥩🍖today its possible

Human Settlements Minister Left Everyone Speechless After She Said This

Kaizer Chiefs reported target all set to sign a deal