By AfricanWebNews (self media writer) | 3 months ago

Its true that in politics we don't make permanent friends, and your enemy will is not your enemy forever. The Economic Freedom Fighter commander in chief Julius Malema seems to be good at mastering this politics,and this time he has done the unthinkable. Malema has disbanded the party’s Limpopo’s provincial command team led by his longtime ally Jossie Buthane. 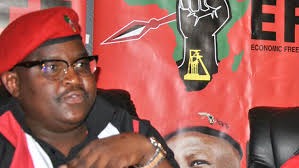 Surely EFF supporters never saw this coming, as Buthane is leading the party 's Limpopo team and also hails from the same township of Seshego where Malema was born. According to some party leader, Buthane was left in the cold after the poor performance by the party during municipal elections. Now Malema was left with no choice but to ditch his homeboy. 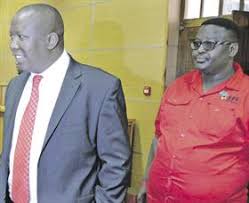 The party failed to win the Thulamela municipality where the ANC won by a whopping 85%, and that did not go well with CIC. The leader further said “How is it possible that a party that is on its death bed can win this region by 85 percent, it means that we are sleeping on the job. If Malema cannot disbanded the PCT from his home province following the recent concluded local polls, he would have been accused of “favouring his homeboys” because the structure is led by his long-time ally, Buthane." 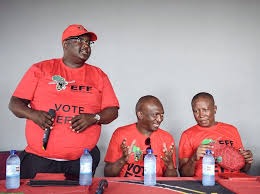 “What happened in KwaZulu-Natal and Eastern Cape after the disbandment? The party is now doing extremely well there. We are going to elect an interim structure and will hold a provincial assembly to elect new PCT that will take the EFF back to its glory days as force to be reckoned with and an alternative political home for those who have lost confidence in the ruling party,”

It remains to be seen as to who will lead the task team, and how Buthane will take the sucking.