By Oyinkslogic (self media writer) | 5 months ago 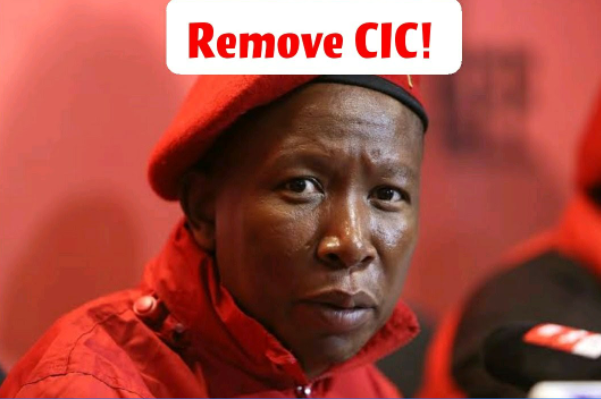 Leaders from inside the EFF have reacted swiftly to refute reports that some branches are unsatisfied with the leadership of Julius Malema, following reports that an internal party letter urged for Malema to step down from his position.

Despite the fact that Julius Malema has been the leader of the EFF for the entirety of the party's eight-year existence, 2021 proved to be the first election year in which they failed to gain support, falling just short of the vote share they received in 2019.

Early this week, a letter supposedly written by the chairperson of the EFF in the Eastern Cape caused a stir by being circulated among the party's supporters. It was stated that Julius Malema had harmed the Red Berets by his pro-Zuma beliefs and 'attacks on the judiciary' in the past few years, and that the Red Berets had harmed themselves as a result of his actions.

The backtracking and distancing, on the other hand, has begun in earnest. Political opponents are attempting to sow divisions, according to Yazini Tetyana, the EFF's Eastern Cape Chairperson. She has dismissed the letter as "fake," calling it a "desperate attempt." Julius Malema has already declared that he will resign from his position as leader of the EFF if he is no longer welcome. However, the party's support for the political firebrand continues to be rather strong. With certainty, Juju will serve as the leader of the far-left group going into the 2024 Elections.

While this is going on, Mbuyiseni Ndlozi, a close associate of Malema, has come to the CIC's defense, stating that any conspiracy to depose his boss may be rejected as 'false news.' The EFF Eastern Cape Provincial Command Team convened to analyze our performance in the local government elections, which was based on an assessment of our local government election results. Our appraisal of the role played by the CIC in diminishing the electoral margins of our movement was included as part of this process. [Julius Malema] is doing damage to the EFF.