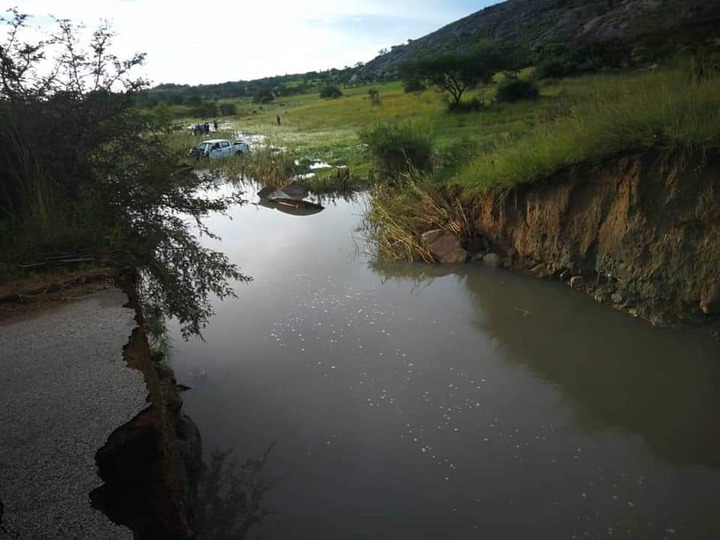 When one hears such stories, it's hard to ever imagine that such things can indeed happen in real life.

It may sound mysterious and out of touch with reality but this indeed happened recently and the images were not photoshopped.

In the images, a road had a dip which was flowing with water and it was a total nightmare to motorists and pedestrians who would have wished to make use of the road.

A post was shared by well renowned journalist Hopewell Chin'ono on facebook as he bemoaned what had befallen his beloved home country Zimbabwe. 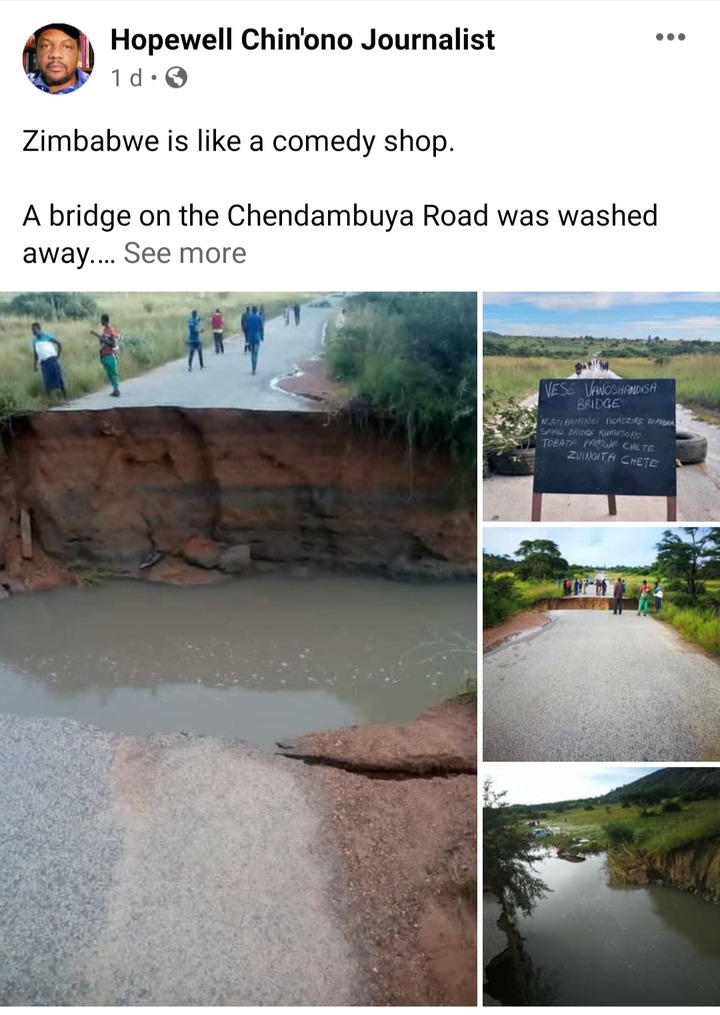 In the post he ended up describing his country as a comedy shop in which all the unimaginable mishaps are taking place.

Residents woke up without a bridge that was helping them as they travelled using the Chendambuya Road. 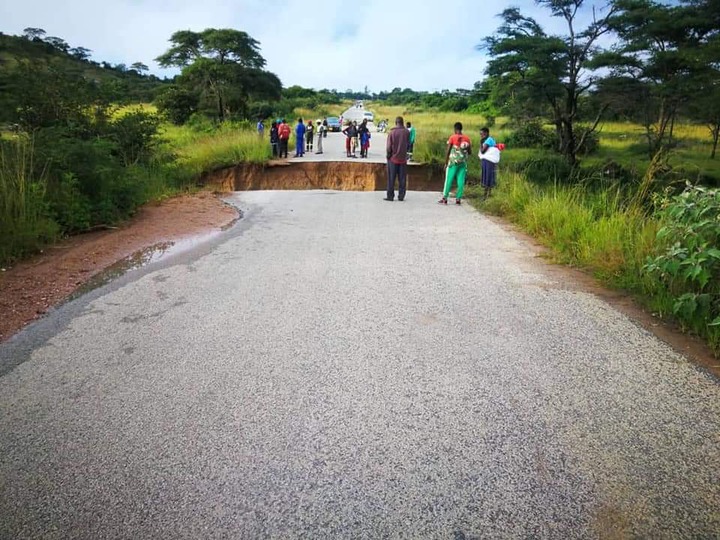 It is widely believed that the bridge got washed away by the heavy rainfalls which the area is experiencing.

Chin'ono went on to mock the Zanu pf spokesperson Nick Mangwana that he would of course make a donation towards the fixing of the bridge and the donation would be $10 which is equivalent to R140!

However, all this was labelled as not an issue by Hopewell as he quickly shifted the attention to what he labels as more pressing issues which are in need of urgent attention. 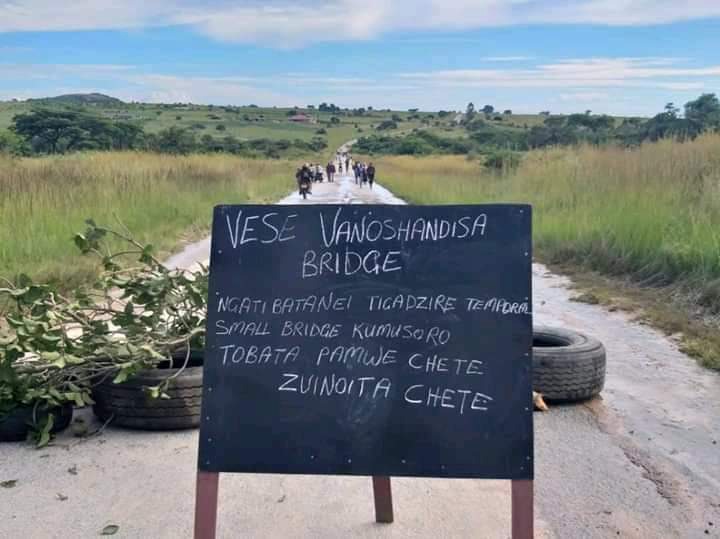 Desperate residents have began fundraising for the bridge to be put up as they have lost hope in the government fixing the current problem.

A board was put up which was of a notice for all those who use the bridge as they pleaded for community members to make donations towards rectifying the situation.

The notice board was calling on people to put their heads together and fund towards the project. Hopewell added that this is the tragic issue which has residents have come to terms with. The top brass is being said to be looting funds which are meant to address situations like these. 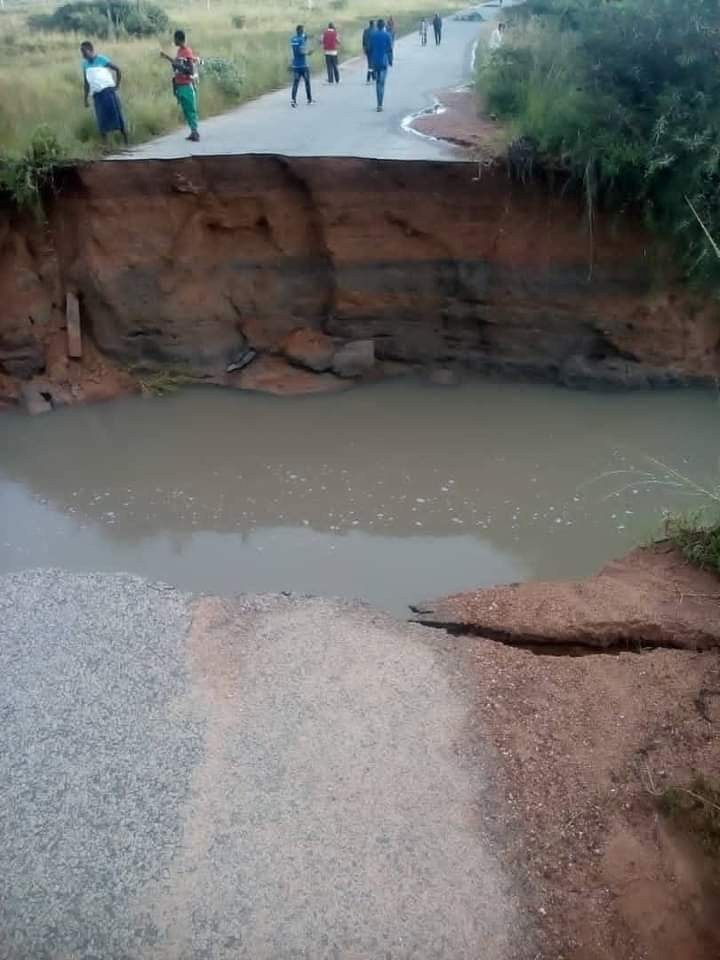 Zimbabwe is labelled as a mineral rich country but it is hard to be able to see the wealth. Standards of living have fallen and all is blamed on looting by Hopewell in his analysis.

Contracts and tenders are said to be given to those who are connected to the political elite who go on to deliver substandard services like this bridge which wakes up one morning having varnished.

Bridges that were constructed during the colonial period are still standing after having been in place for more than 40 years.

As for the case of this one, we are not sure on when it was constructed and who had the contract for the construction of the bridge.

Hopewell in his words went on to say, "They will inflate the price and spend a quarter and pocket the rest!" 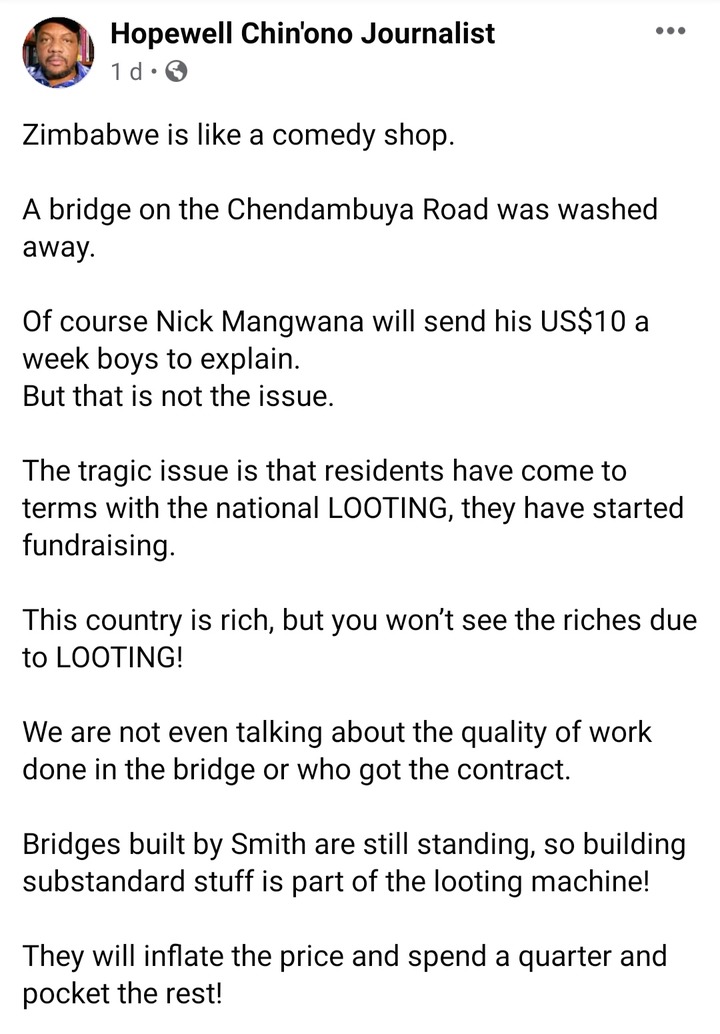 If these ascertations are indeed true, they are prone to make the situation worse in times of natural disaster like these.

I Thought I Have Seen It All, Until I See These Funny Pictures

'She Cried In My Lap': Tears Flow At Memorial For Bullied Lufuno Mavhunga

"Why is Dj Zinhle on Anele Tembe funeral slide show?"