WATCH|| See What Cyril Ramaphosa Did After He Was Booed While Voting In Soweto. Zuma Comment

By Newsupdate04 (self media writer) | 2 months ago 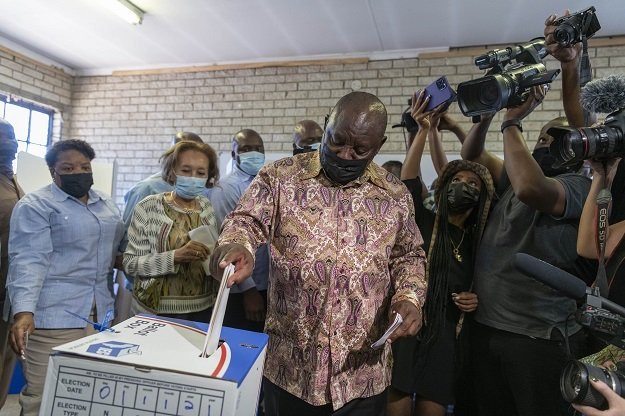 President Cyril Ramaphosa and the principal woman Tshepo Motsepe were booed today as they cast their vote at Hitekani Primary School casting a ballot station in Chiawelo, Soweto.

Soweto occupants the greater part of whom were wearing EFF and ActionSA T-shirts, booed the President and his significant other when his motorcade showed up external Hitekani grade school.

Watch the video underneath; 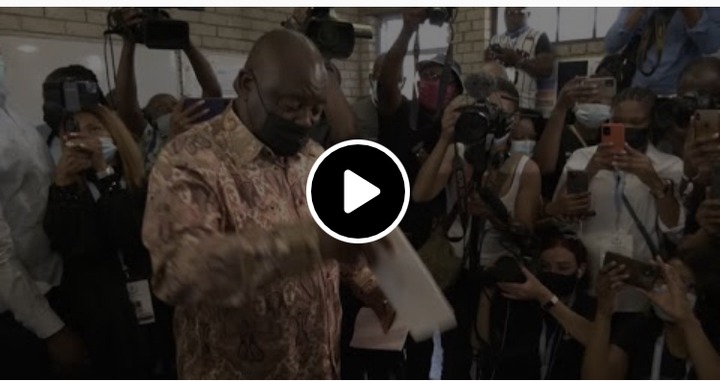 In the viral video, protestors can be heard reciting "African National Criminals", while others were reciting "… don't decide in favor of crooks".

Protestors blamed Ramaphosa for bombing his own old neighborhood expressing that there was no power or water in Chiawelo and that the majority of the streets are torn up pretty bad.

Talking not long after casting a ballot, President Cyril Ramaphosa said the ANC knew about the issues that inhabitants had communicated. He guaranteed that he and the party planned to take care of their interests with the essential speed.

In the interim, many Soweto occupants are accounted for to have boycotted casting a ballot today. The protestors who were accumulated at the Library Gardens, in Johannesburg CBD expressed that they will not cast a ballot until the ANC tends to them in regards to lodging issues.

Jacob Zuma who is gladly ANC didn't avoid uncovering that he decided in favor of ANC.

Talking after he cast his vote, Jacob Zuma said;

"I'm cheerful, I casted a ballot, there was no issue. I'm exceptionally glad, (what did you vote in favor of?) My vote is no confidential, I vote in favor of the ANC. I would urge everybody to go out there and vote. casting a ballot is vital. Individuals ought not be staged by those politicking and battling for force and positions," says Zuma.