By Sebenzile1 (self media writer) | 4 months ago

The former president Jacob Zuma said that the commission's application for Constitutional Court order that he must appear before it ,as well as it's subsequent successful application to havehim jailed for contempt of that order.

Zuma said according to these Zondo conduct in relation to him was entirely biased and lacking the standards of impartiality of judge and chairperson of judiciary commission of inquiry.

Zuma said he was outraged and called on President Cyril Ramaphosa to launched another legal challenge to Acting Chief Justice Raymond Zondo's appointment as the State Capture Inquiry's chairperson – just days before the first commission report was released.

Former president JG Zuma is adamant that he wants to attack Chief Justice Raymond Zondo over his conduct when he says he wants to resign but Zondo wants Zuma to appear in court until Zuma says he is biased.

We do not know whether Ramaphosa will accept Zuma's request but Zuma wants Zuma to take action against Zondo. 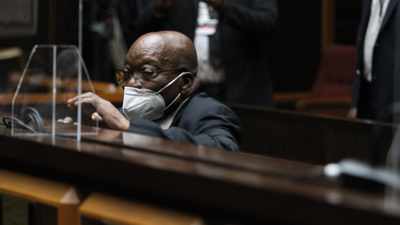 Call 10111 if you see her. Zimbabwean woman flees in South Africa after being caught doing this

Alcohol at the center of dispute for top PSL coach

Somizi's baby Mother sets the record straight about what happened on the reality show. She is angry