The head of the ANC presidency says the office isn't "irritated" by charges by a gathering of ANC individuals who guarantee to have recorded an application calling for disciplinary activity against Cyril Ramaphosa over financing for his 2017 ANC official mission. 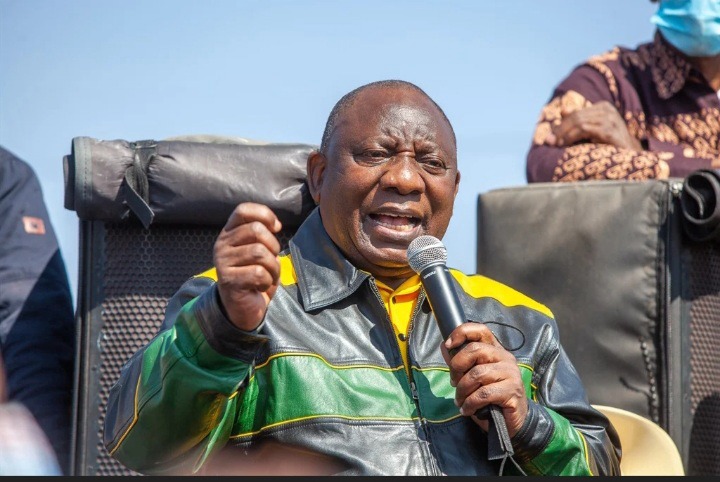 Sibongile Besani said the workplace knew about a gathering that held a question and answer session on Monday and required the party to examine Ramaphosa.

He excused the charges and called the group an interruption:

The gathering's representative, Onica Maphisa, said she was an ANC part who was on favorable terms and that she and seven others were worried that defilement charges against Ramaphosa had not been examined.

Maphisa would not unveil the number of the ANC's individuals upheld the call.

She said the individual right hand in the secretary-general's office gathered the report and guaranteed the gathering that it would be researched.

Maphisa said Ramaphosa penetrated the ANC constitution when he raised great many rand to subsidize his official mission in 2017.

She guaranteed Section 25 of the ANC constitution expressed that individuals couldn't raise support separately however for the party.

We need to be paid attention to and we illustrated from the constitution of the ANC how the president penetrated the constitution and we went on about Rule 25, that he violated. It says any individual from the ANC isn't permitted to utilize the cash to make him advance to the situation of initiative.

"The mission cash was alluded to as CR17 and which is Cyril Ramaphosa – a person inside the system. So that is the issue."

Maphisa said the ANC had unjustifiably carried out rules connected to disciplinary activity. She denied that her gathering was adjusted to a group of the party.

But Besani said the matter had been very much ventilated.

"The matter has been ventilated, even in the official courtrooms. In our view, it has been enough managed and the issue of crusading in the ANC is getting consideration."

News24 sent inquiries to the workplace of the secretary-general and ANC representative Pule Mabe yet has not yet gotten a reaction.

Cases identified with the subsidizing of Ramaphosa's 2017 mission have tormented his ANC administration.

Ramphosa denied the mission had utilized assets to purchase votes.

The mission's financing was researched by the Public Protector who guaranteed the mission was at real fault for illegal tax avoidance. Her discoveries were subsequently excused in court.