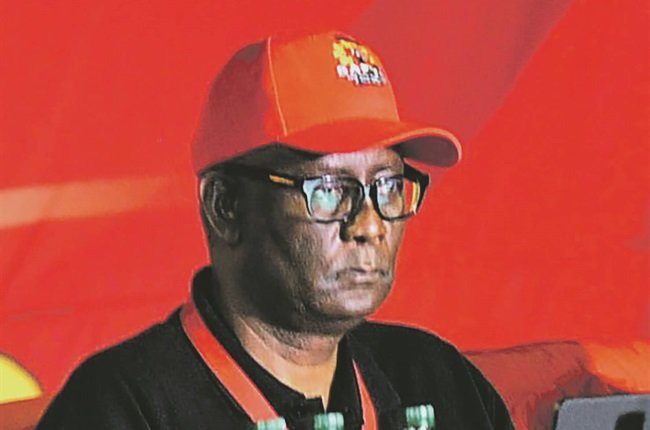 The South African Federation of Trade Unions (Saftu) Elective Conference was conducted yesterday, May 25th, at the Birchwood Hotel and OR Tambo Conference Centre in Boksburg, Ekurhuleni. The conference was attended by a large number of delegates.

Since Monday, when the meeting officially began, disagreements about the attendance of four officials who had been suspended brought the gathering dangerously close to coming to an end.

The situation quickly escalated into a tug of war between the side led by federation general secretary Zwelinzima Vavi and a group that was loyal to Numsa general secretary Irvin Jim and threatened to walk out.

The four officials who wrote to Vavi asking him for reasons why he should not be suspended for allegedly misusing federation money are at the heart of the controversy. They were suspended by the National Executive Committee (NEC) after they sent the letter. Vavi is the person who authored the letter.

The officials included Mac Chavalala, who was a candidate on the Numsa slate; Thabo Matsose, who was the first deputy president; Motshwari Lecogo, who was the national treasurer; and Moleko Phakedi, who was the deputy general-secretary.

Jim informed Daily Sun that the two groups were actively participating in conversation during the lunch break. When they got back to the conference, they notified everyone there that a decision had been made to let the four officials compete in the event.

This was the case in spite of the fact that Jim's side was defeated by a margin of 43 votes on Tuesday night when the topic was put to a vote.

Jim and his associates, who were once Vavi's buddy but are now his sworn adversary, want him out of office, and the scene is now ready for the struggle that will decide whether or not Vavi will keep his post.

A statement from the NEC that was given during the meeting acknowledged that the federation was being weakened by internal conflict.

According to the statement, "It is time to recall ourselves how we reached at the point when a major portion of the country's union membership mobilized against undemocratic, bureaucratic manoeuvres and corporate unionism in Cosatu."

Mbhazima Shilowa, a former secretary-general of Cosatu, is one of the speakers who has addressed the conference and appealed for unity. She also cautioned against conflict between members of the organization.

The dwindling number of union members was also mentioned in the statement from the NEC.

, which indicated that 77 percent of employees did not belong to a union.

SASSA Grant will be payed on These dates.

Kaizer Motaung Will Have A New Name Soon :See What It Is