By FamousDawgsNewsDivision (self media writer) | 1 year ago

FW De Klerk announces he Has Cancer on his 85th Birthday. 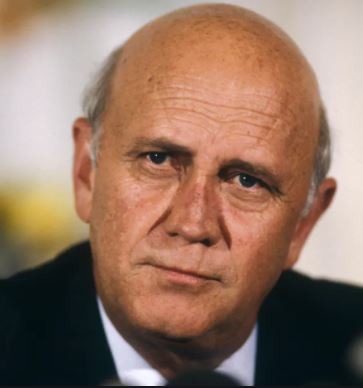 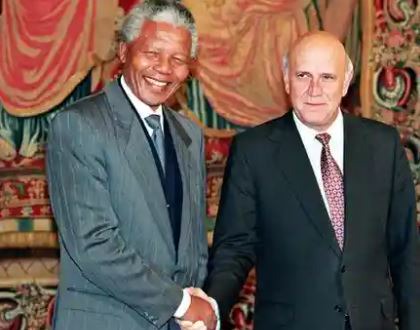 The former president is now 85 years old as of today and everyone is wishing him a happy birthday, may the man grow older and defeat cancer. Cancer is really a hard disease to beat, more especially at the age he is currently in, the man has a lot of history in him and he did things most people thought he could never do as president like ending the old rules and regulations put forward by the national party which was the ruling party at the time.

Most people thought that South Africa is going to have a Civil war right after apartheid ended, people thought it was going to black vs whites but it did not happen like that, it was peace and harmony between the two races and that credit has to be given to the birthday man FW De Klerk who was smart enough to see that the opportunity is in us working together rather than working against each other. The South African government in the apartheid day was spending millions of rands on the defense force, as every White child had to go to military training right after high school so they could defend themselves against any potential threat. 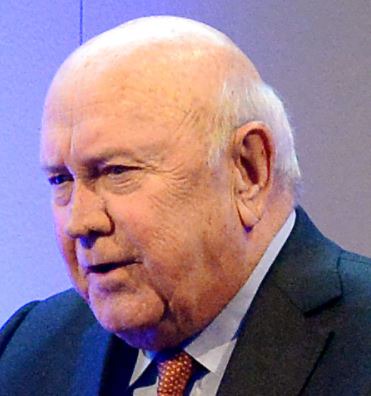 The country was all about blacks vs whites, because everything was separated from bathrooms that people were able to use, to public benches and buses it was all separated to reduce black and white interaction because if a white man had reproduced with a black woman that was a crime and someone could go to jail for that, and the child would have been taken away and put in a shelter or home where other mixed children are, we all thank FW Se Clerk for ending those terrible conditions and realizing The late Nelson Mandela out of prison to Lead us after 27 years of tough prison time.