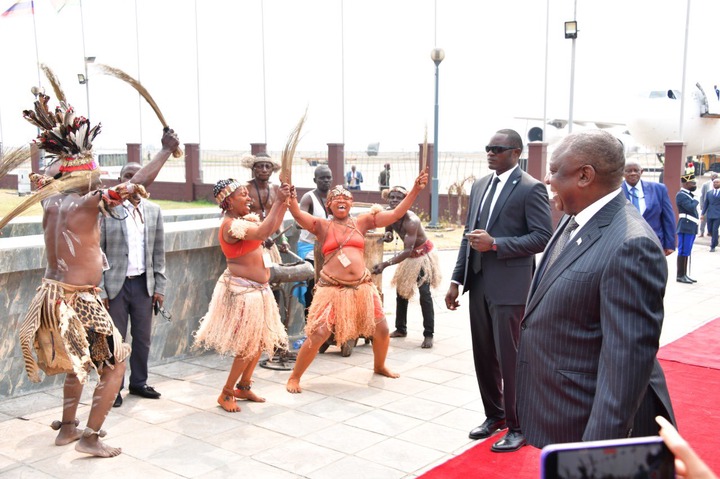 President Cyril Ramaphosa was warmly welcomed by natives in Democratic Republic of Congo where he is attending a summit.

The office of the president revealed that Cyril Ramaphosa has arrived in Kinshasa, Democratic Republic of Congo (DRC) where he is on a working visit to participate in the 42nd Ordinary Summit of the Southern African Development Community (SADC) Heads of State and Government.

He was welcomed by music and dance. In the pictures the president could be seen smiling while appreciating the culture of the Democratic Republic of Congo. 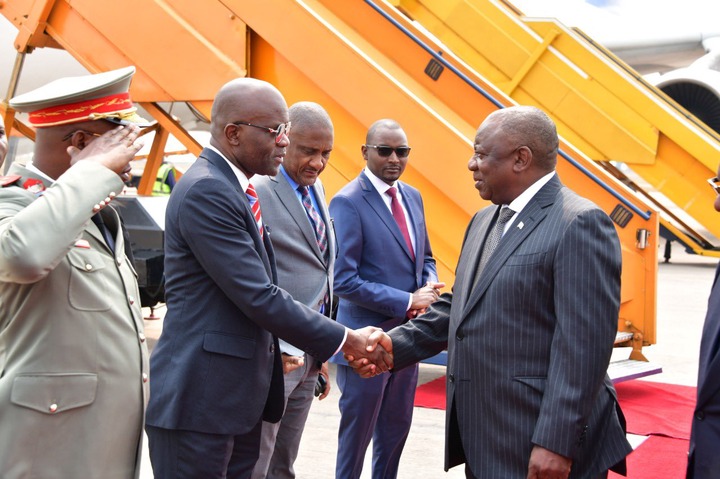 African leaders of the Southern African regional who travelled to DRC are expected to discuss on pressing issues such as the region’s development under the theme “Promoting industrialisation through, agro-processing, mineral beneficiation, and regional value chains for inclusive and resilient economic growth."

Back home, opponents of president Cyril Ramaphosa have accused him of always finding a reason to leave the country each year whenever it's the commemoration day for the Marikana massacre. They argue that he still owe the widows of Marikana an apology and he seem to be dodging every year.

Community members gathered at the Koppie for the 10th commemoration of the #MarikanaMassacre, where union leader Joseph Mathunjwa delivered the key note address.

The union leader says the country has had numerous presidents, but it seems none of them wanted to change the lives of South Africans. One South Africa leader Mmusi Maimane who also addressed the crowd, called on President Cyril Ramaphosa to make August 16 a "commemorative day" for the Marikana massacre.

The names of those who lost their lives as a result of the Marikana Massacre 10 years ago were being called out, as their respective family members were coming forward in their honour. This was an emotional moment as it brought tears to some who survived the incident.