By MaduvhaTshivhulungi (self media writer) | 3 days ago

It is undisputed that president Ramaphosa is one of the biggest political figures in South Africa currently, Ramaphosa came to power in February 2018 after Zuma was recalled by the African National Congress (ANC). 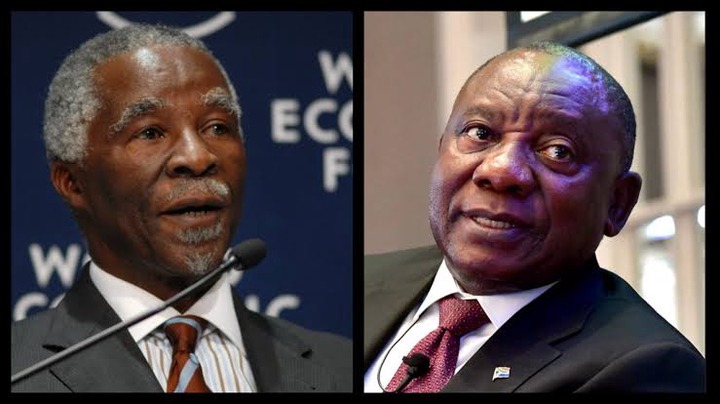 President Ramaphosa has proved to be a mastermind in politics checking that when he was elected as the president of the ANC at Nasrec balance of forces within the party were not on his side but he won the conference which led to his opponents frustrated .

Even after winning the elective conference of the ANC , Ramaphosa continued to face a pushback within the party he leads especially from the Secretary General Ace Magashule , unlike Mbeki President Ramaphosa managed to suspend Ace Magashule from the party because he was his main detractor .

Former President Jacob Zuma also was arrested under the government of president Cyril Ramaphosa after many thought he was an untouchable fellow , Ramaphosa this previous weekend managed to go and Campaign for the ANC in KZN even though many said after Zuma arrest he will never enter that province .

The difference between  Former President Mbeki and president Cyril Ramaphosa is that Ramaphosa managed to deal with Zuma camp in the ANC in a manner that it was difficult for them to have a fight back .

The balance of forces within the ANC today are in the hands of President Ramaphosa as he has taken charge of the National Executive committee (NEC) of the ANC with all his allies . 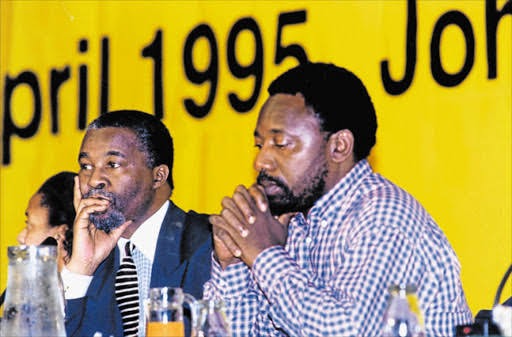 It remains not clear also who will be contesting President Ramaphosa within the governing party because there is no one who has leadership skills and strength to can lead South Africa currently beside Ramaphosa .

It is reported that in the next year elective conference of the ANC Ramaphosa will come out uncontested although it is believed that the Secretary General position and Deputy President are the ones which are going be highly contested .

The problem with Former President Mbeki is that he overestimated his constituency and it made him to be defeated at polokwane conference in 2007 .

Daddy Proposed To His Own Daughter Online. See What Happened (read chats).

Another ANC candidate gunned down, how many more will be lost before elections