A man on Twitter who goes by the name great Zulu said that there is no one project that this administration can point to that they started and completed within this four years period. The man is worried that the ANC is being promoted as if they have done something tangible, declaring that president Cyril Ramaphosa did not work anything. He also added that voting for the ANC will still amount to nothing, saying that nothing in the last 48 months proves that the ANC under president Cyril Ramaphosa is capable of leading again. He wrote, “What has Cyril Ramaphosa's Administration built and finished in the last 4 years of governance? Just one infrastructure project designed and fully completed in those 48 months, which makes people believe voting for such a party can fix leaking pipes, potholes in their communities”. 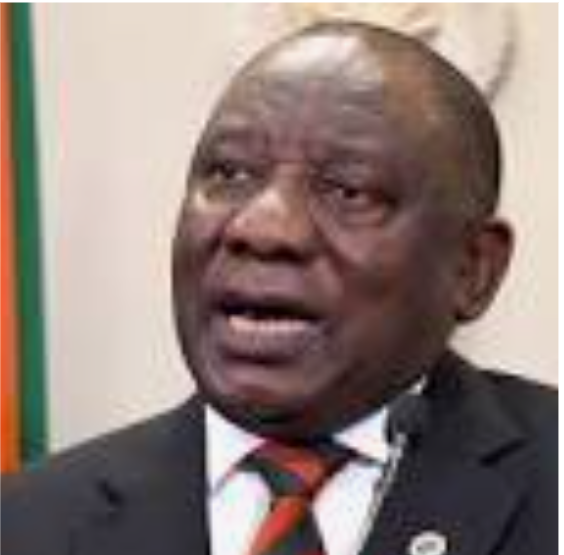 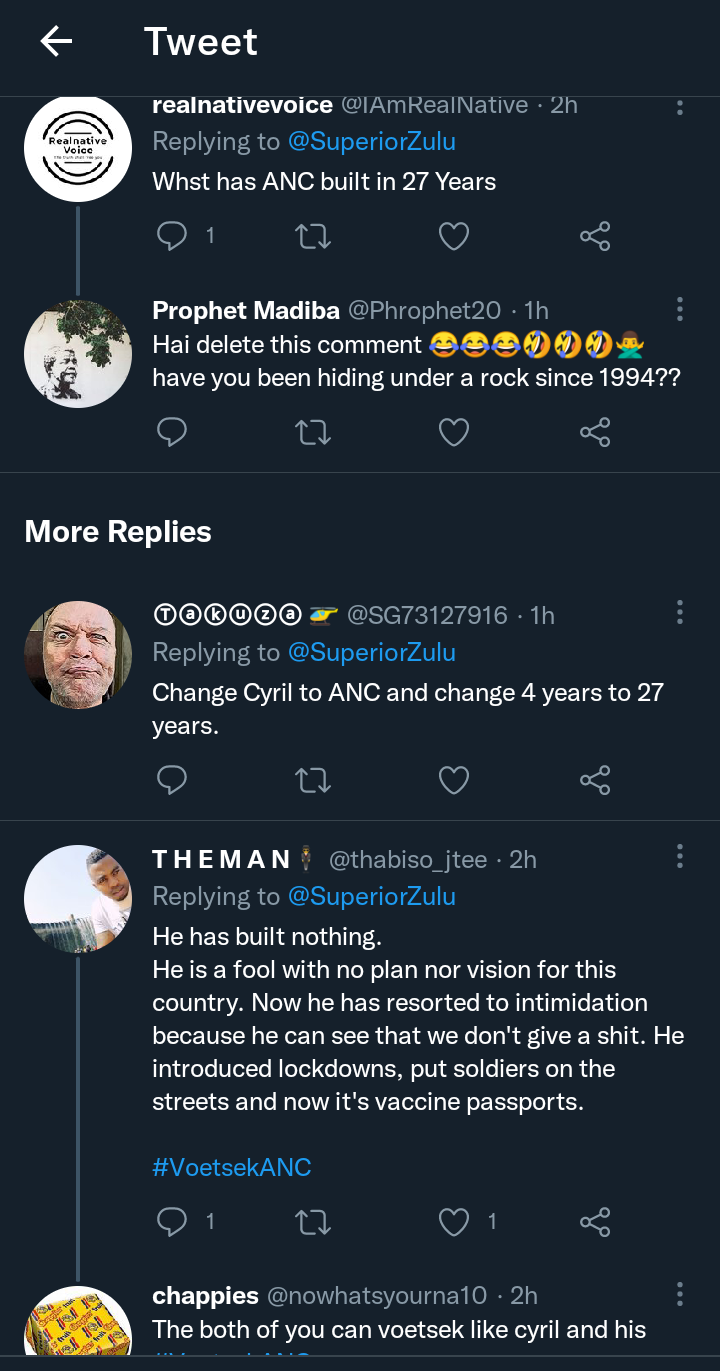 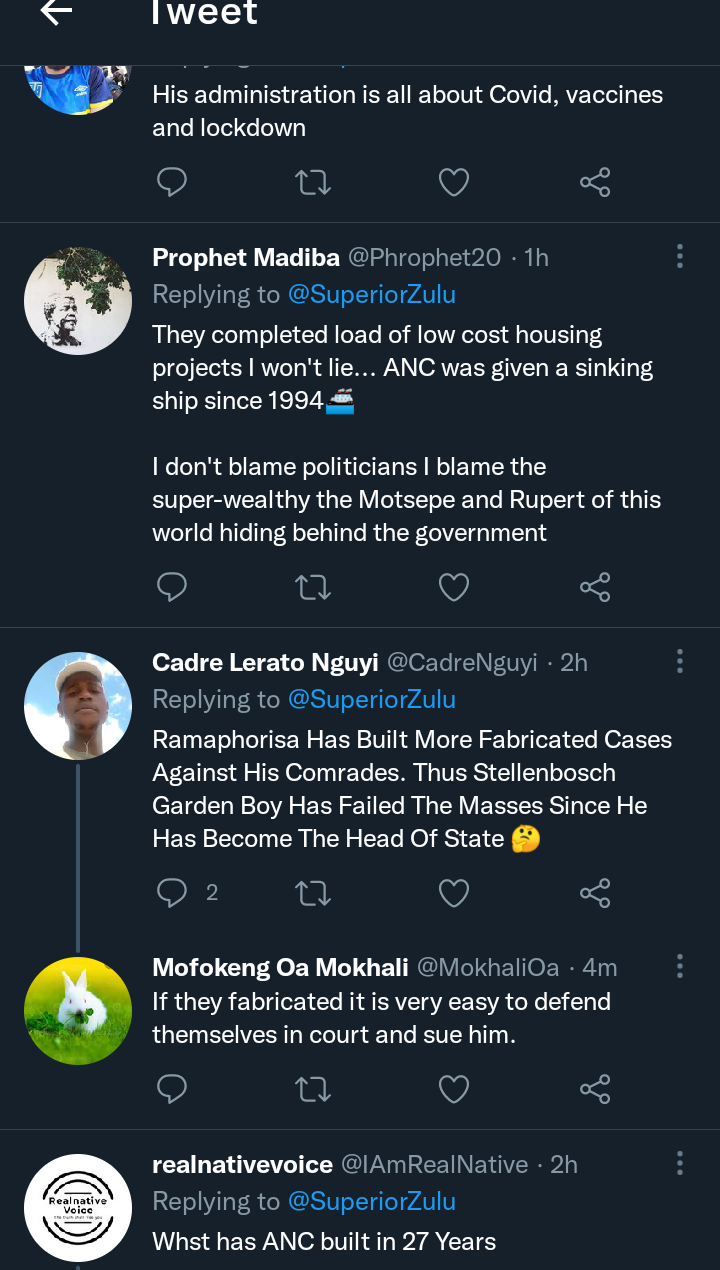 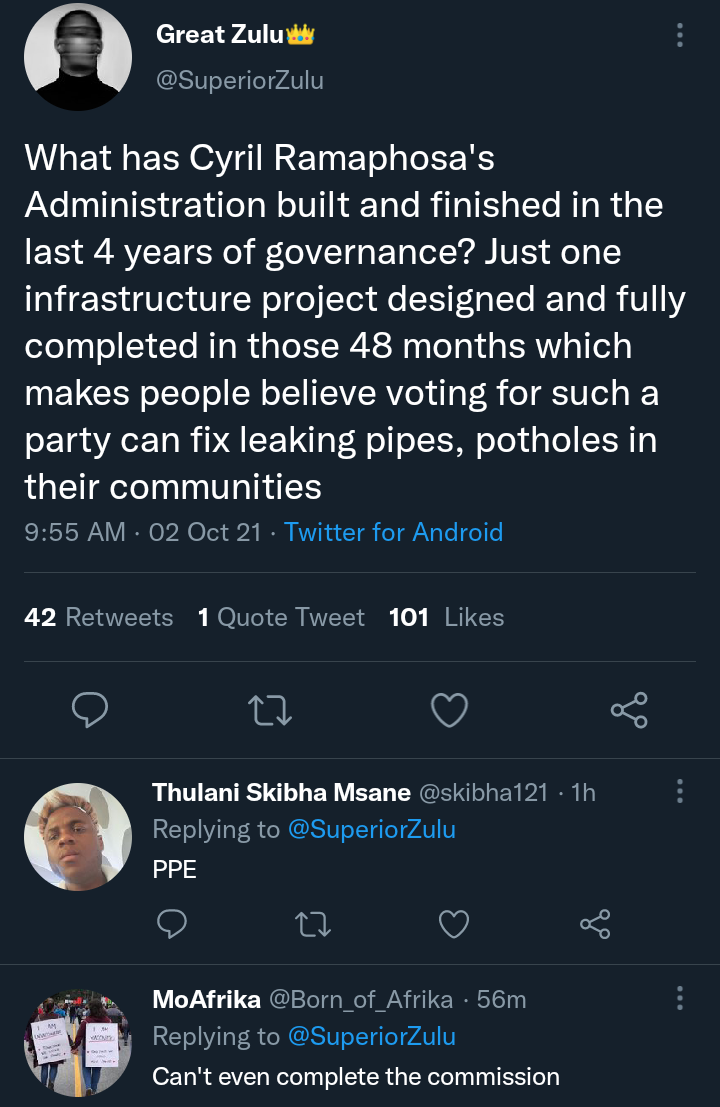 Recall that another lady said that the administration of President Cyril Ramaphosa did nothing all these years except pursuing Jacob Zuma continuously. She added that instead of concentrating on the administration and executing of projects, they were busy haunting Jacob Zuma, now after four years of government, they still had nothing to prove themselves except corruption and embezzlement of public funds. She wrote, “He has built nothing.

He is a fool with no plan nor vision for this country. Now he has resorted to intimidation because he can see that we don't give a sheet. He introduced lockdowns, put soldiers on the streets, and now its vaccine passports. He's built castles in the sky & opened the biggest pie factory there, unknown to humanity …”. Many people, especially Jacob Zuma's supporters and followers believe that President Cyril Ramaphosa did not achieve anything. They disclosed that Jacob Zuma was commissioning different projects every week when he was the president, disclosing that all these changed as Ramaphosa entered and started pursuing Jacob Zuma, his predecessor. 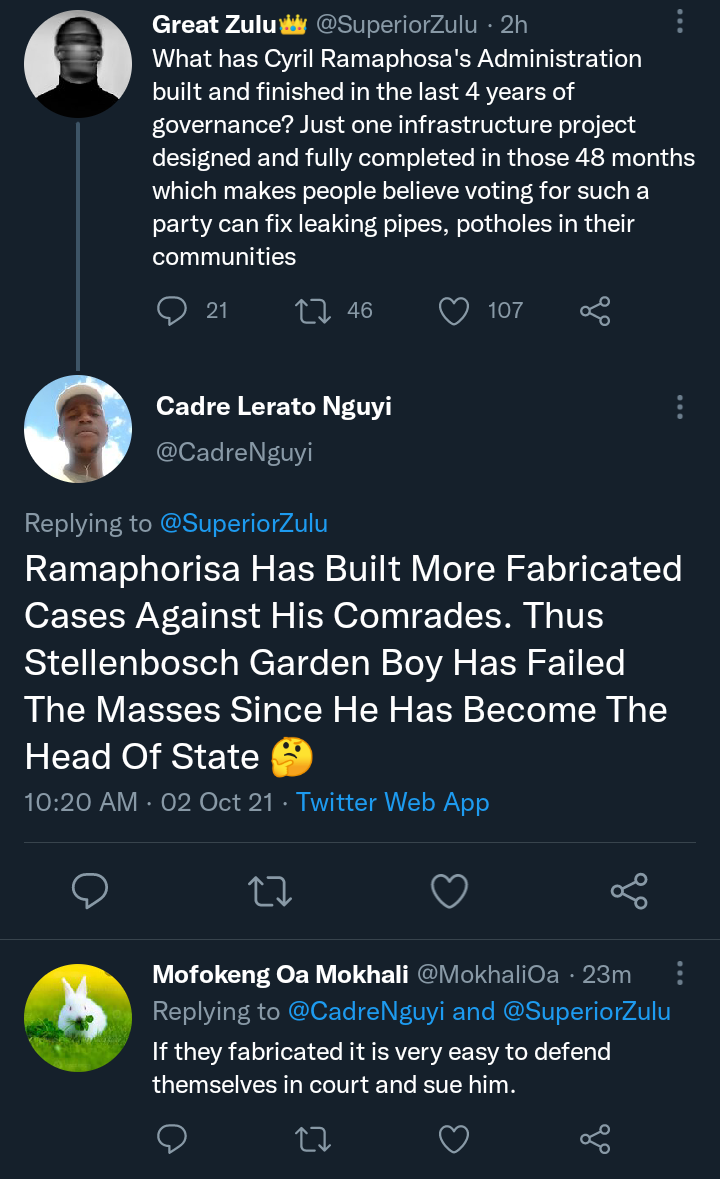 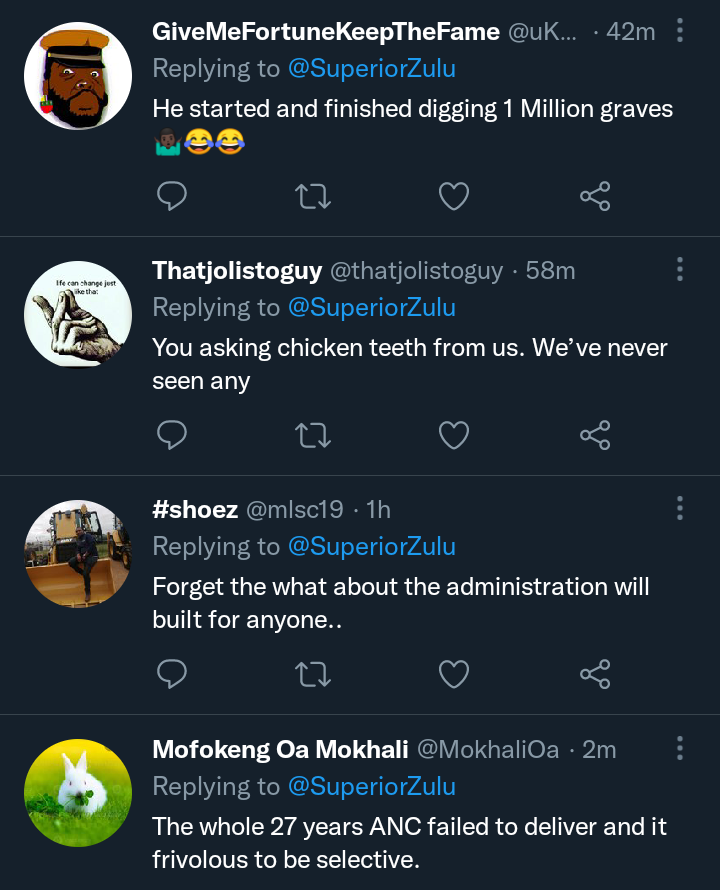 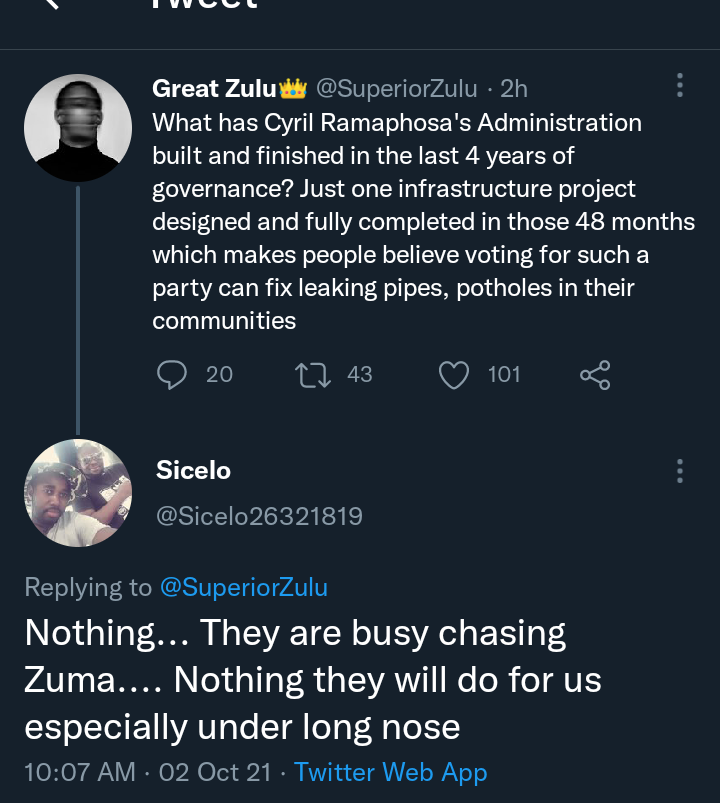 Another person pointed out that for 27 years, the ANC failed to live up to expectations, disclosing that they are now finding it difficult to campaign because they did nothing tangible all these years. He added, “The whole 27 years ANC failed to deliver and it is frivolous to be selective. Nothing… They are busy chasing Zuma…. Nothing they will do for us, especially under long nose. Ramaphosa Has Built More Fabricated Cases Against His Comrades. Thus, Stellenbosch Garden Boy Has Failed The Masses Since He Has Become The Head Of State”.