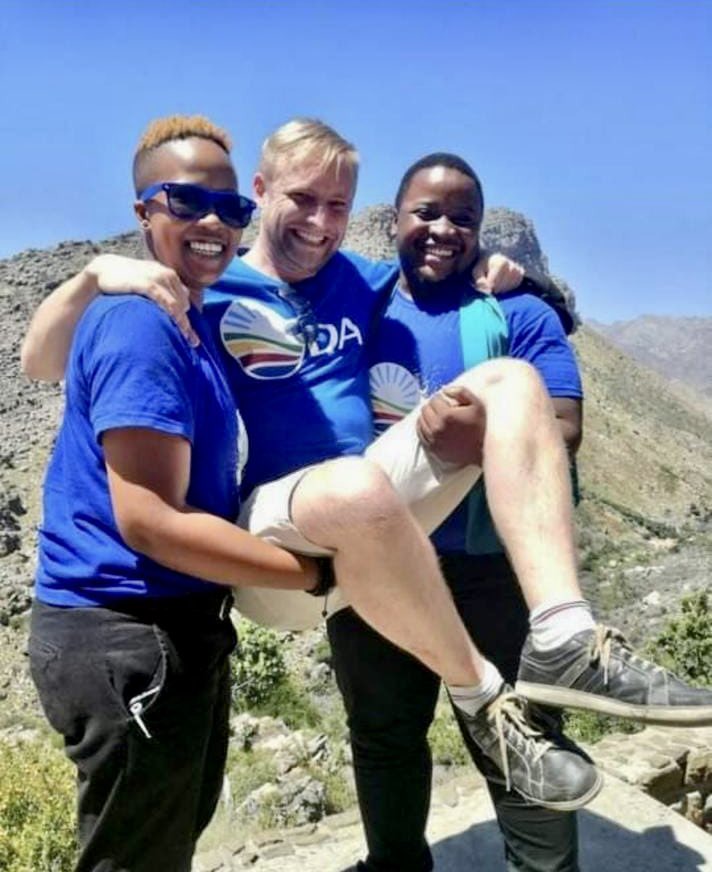 It has been said that a picture is worth more than a thousand words, but some times what the picture portrays might be contrary to reality on the ground.

The trio seemed quite happy and getting along with each other very well, but Carl Niehaus seem to have a problem with the message that the picture might be sending out.

At first glance there is really nothing wrong with the picture as all the members seem happy, but on a different point of view, this photo might send out a clear message that even in a democratic South Africa, black people are still being portrayed as inferior, while their white counterparts are depicted as superior.

"A picture speaks a thousand words...Brilliant summary of DA elections manifesto," he said. 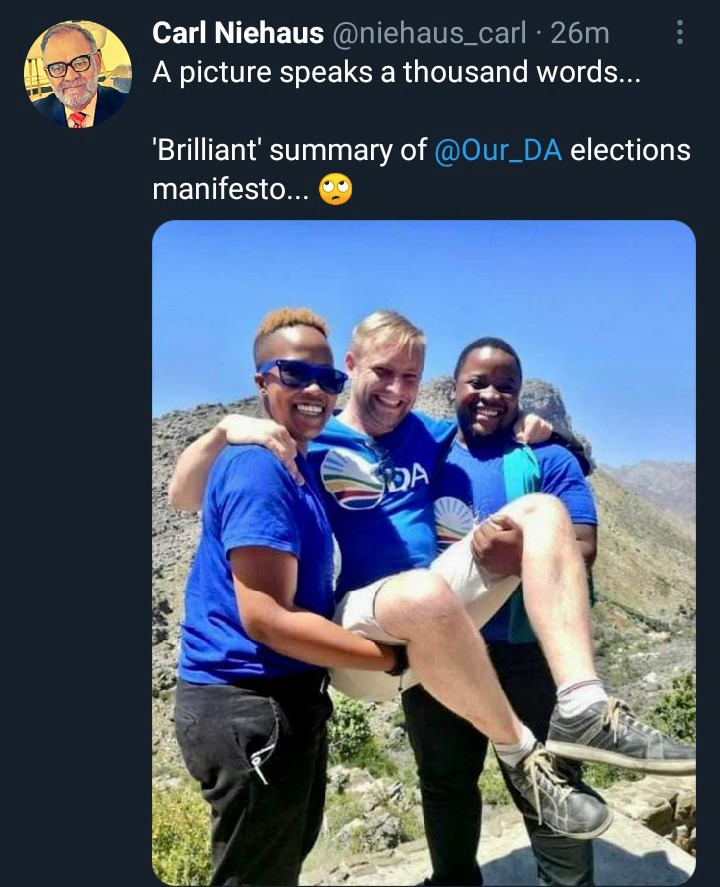 Carl Niehaus might not be blamed for thinking along what seem like "racial lines" about the photo in question as the Democratic Alliance has a long history of treating it's black members in inappropriate manner.

Mmusi Maimane who was once a DA Member of Parliament was described as a "failed experiment" by one of the former Democratic Alliance leader Tony Leon, which shows the highest level of discrimination and racism towards its black members.

"Mmusi was an experiment gone wrong as Mmusi never committed to the party’s ideals before he joined it," Leon said unapologetically.

This line of thinking in a democratic South Africa doesn't represent reconciliation, peace and unity which the narrative "rainbow nation" seeks to portray to the world

Carl Niehaus claims that the photo screams 'racism' and that those who can't fathom that way, can be actually "stupid and fooling themselves".

Perhaps Carl Niehaus was wrong to think that the picture has negative connotations, but facts are stubborn that indeed a picture is worth a thousand words. 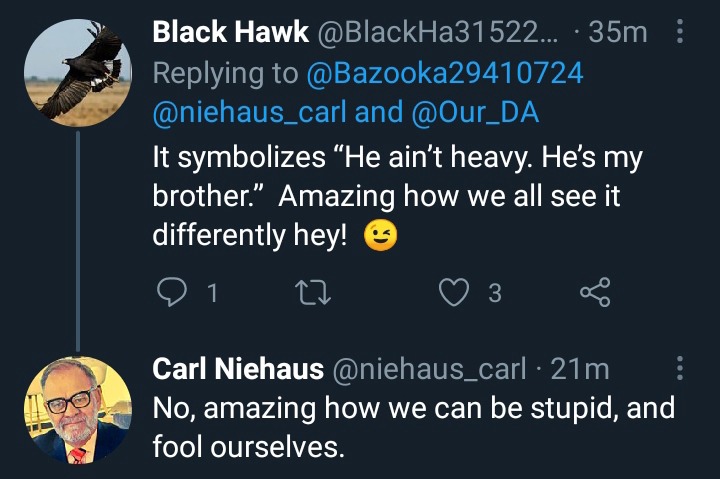 " It is disgusting ": EFF Julius Malema on Cyril Ramaphosa after his Rally visit in Polokwane

Stop cooking with these 2 things. To avoid kidney and liver failure

I Still Say, Those Are Not My Brother Killers, Says Senzo Meyiwa's Elder Brother