By HolisticEye (self media writer) | 6 days ago

Ace Ncobo criticizes John Steenhuisen and The DA In Regards to the Phoenix Massacre posters But in a turn of events, the people have something to say about the ANC and its failures. 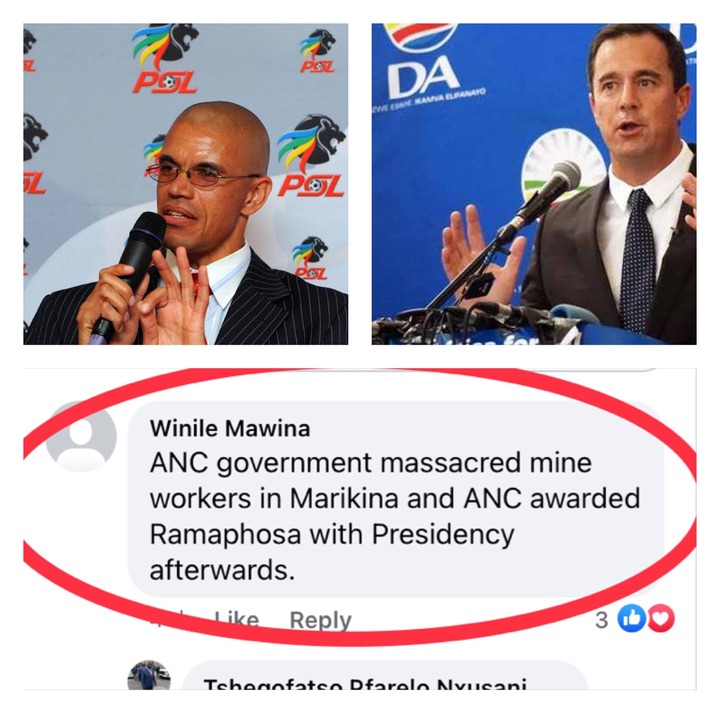 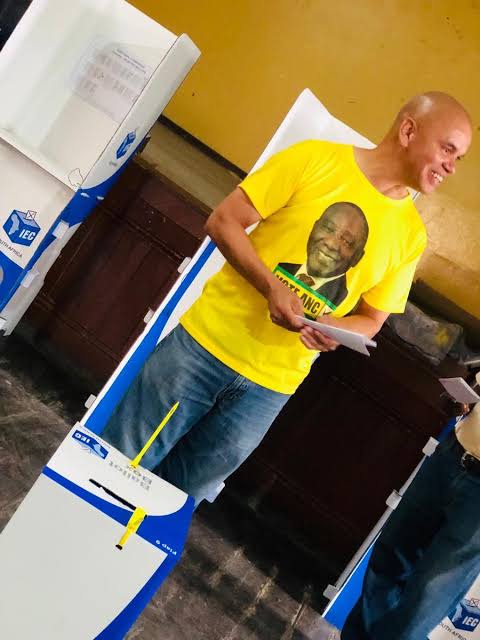 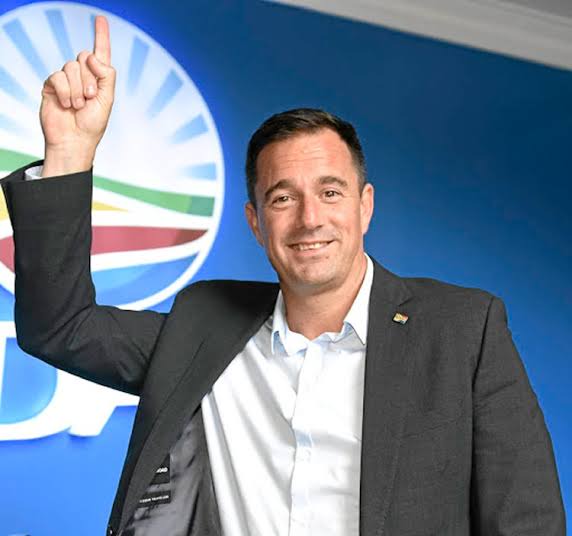 and specifically to its leader John Steenhuisen (45) but people are more interested in the failures of the ANC. 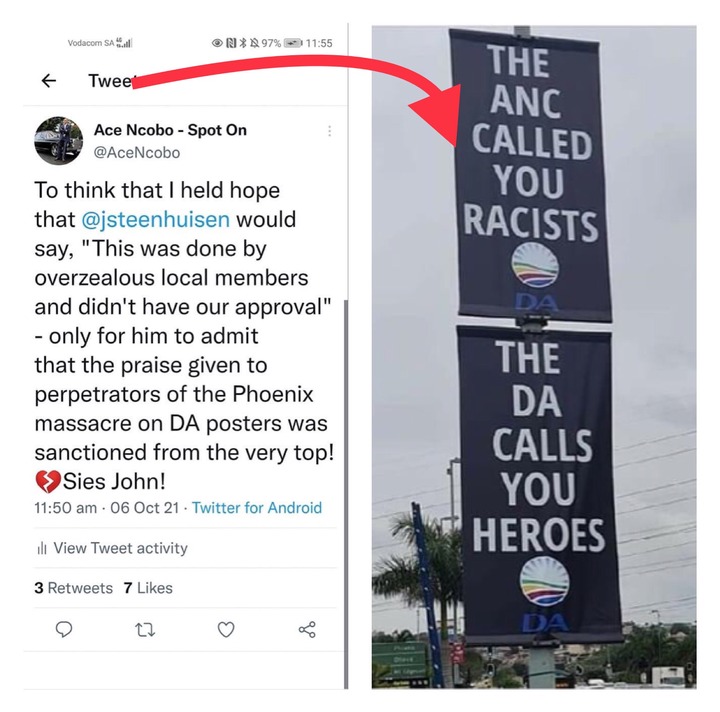 Ncobo is infuriated by “the ANC called you racists, the DA calls you heroes” campaign that is run by the DA as a means to canvas for votes in Phoenix.

During the #FreeJacobZuma protests, some indians went on a rampage and shot  every black person they saw in the streets of Phoenix and the massacre was believed to be motivated by racism.

The DA, which has always been controversial about their stance in being a racist party, now refers to murderers of blacks as heroes. But how do killers get to be called heroes? 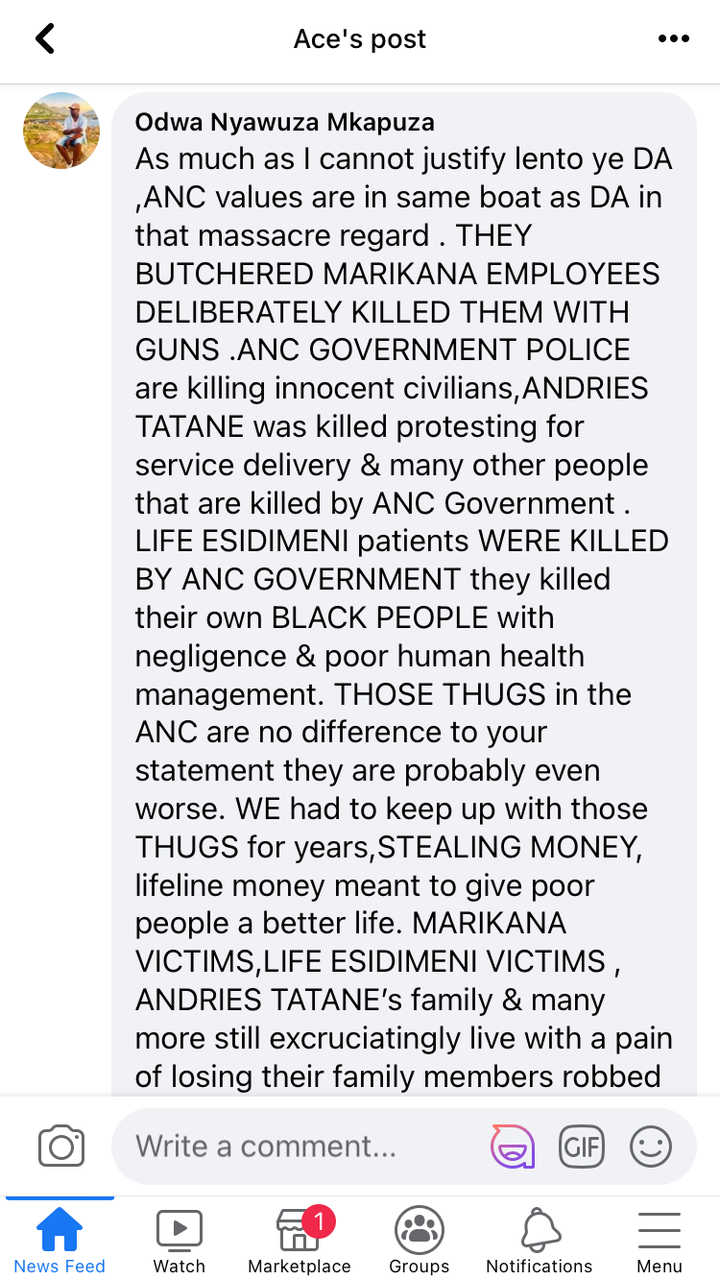 Ncobo says he is disappointed that the message on the DA posters was sanctioned by DA members from the very top. However, people say DA and ANC are two sides of the same coin and one of Ncobo’s followers says ANC might be even worse than the DA because they massacred Marikana mine workers and their negligence caused the death of many patients of Life Esidimeni 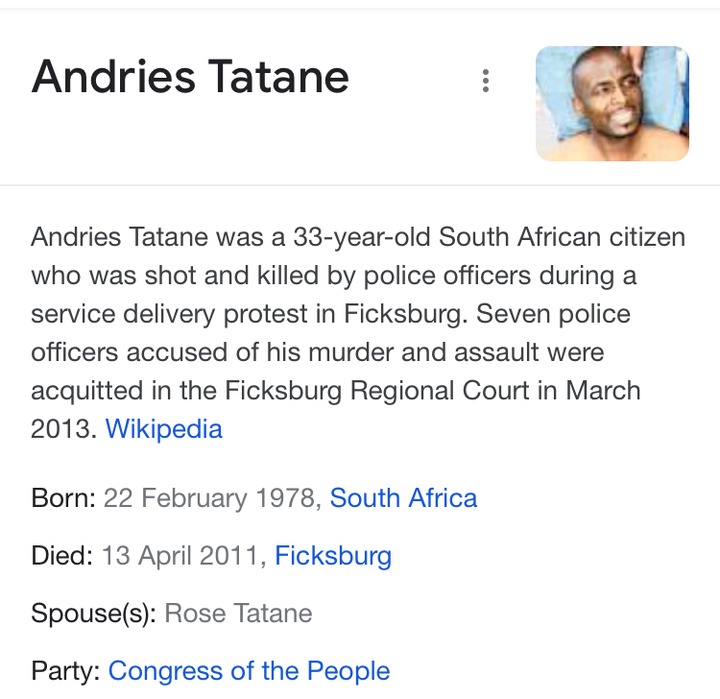 while the SAPS is responsible for the death of Andries Tatane.

One follower dropped a bombshell and said 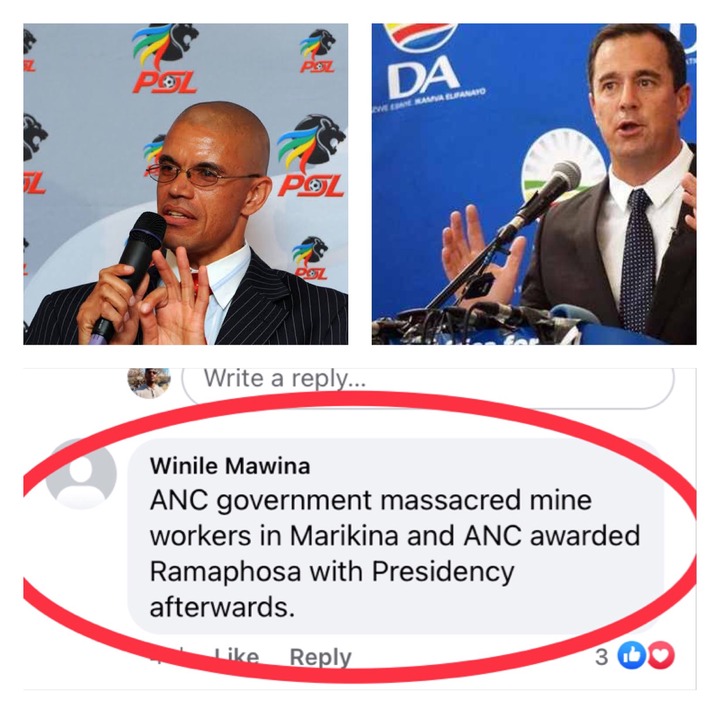 The ANC lead government massacred mine workers in Marikana and the ANC awarded Ramaphosa with presidency afterwards.

I believe Ncobo had a valid point. It cannot be that the murderous Indians of Phoenix are heroes. Although the ANC has failed its supporters dismally, Ace’s post wasn’t the right platform to talk about the failures of the party he follows. He was solely talking about the racial posters in Phoenix and people should have engaged him in that topic.