A copy of the letter that is being alleged to come from the ANC disciplinary committee is a clear indication that president Cyril Ramaphosa will not be disciplined by the ANC again. This came after the Deputy General secretary Jesse Duarte issued a letter to the aggrieved ANC members who are calling for disciplinary actions to be taken against President Cyril Ramaphosa citing that he went against the code of conduct of the ruling party. They noted that the Cyril Ramaphosa is using his position as the president of the republic of South Africa to propagate his agenda, which is against the tenets of the resolutions of 54th council of the ANC. Despite their numerous accusations, they were all trashed, saying that the president cannot be disciplined for whatever reason. This letter will come as a surprise to the aggrieved ANC members. 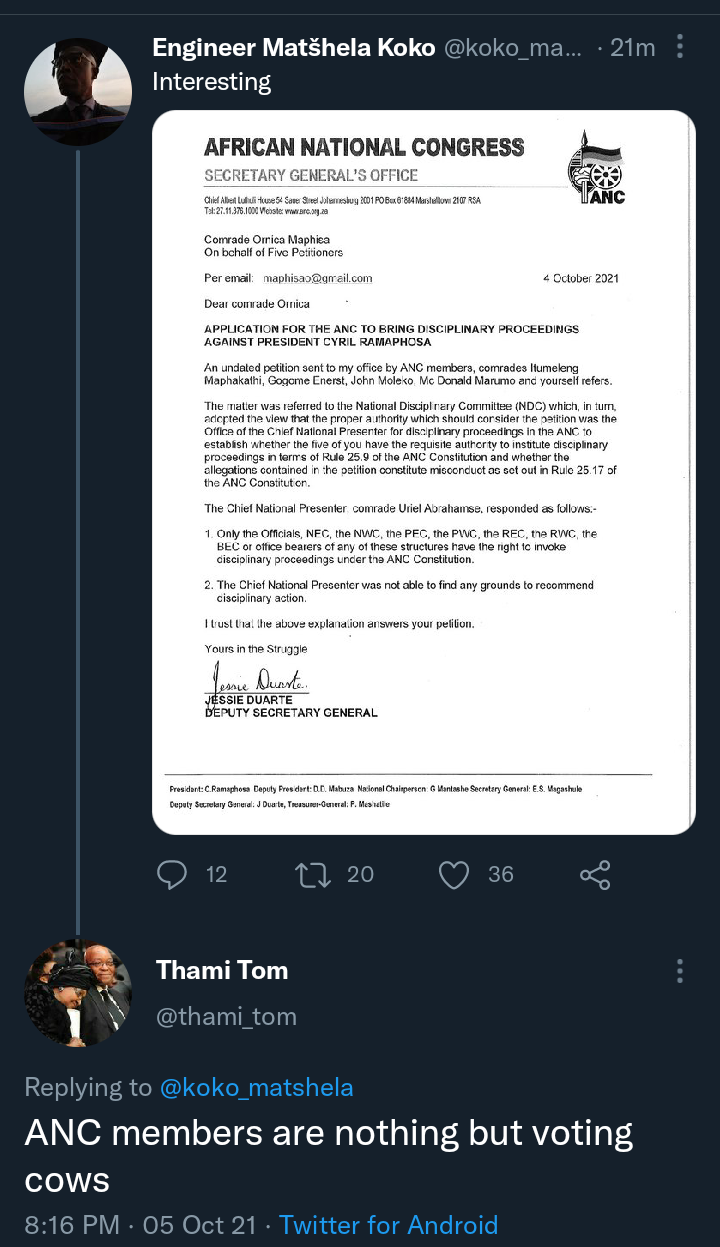 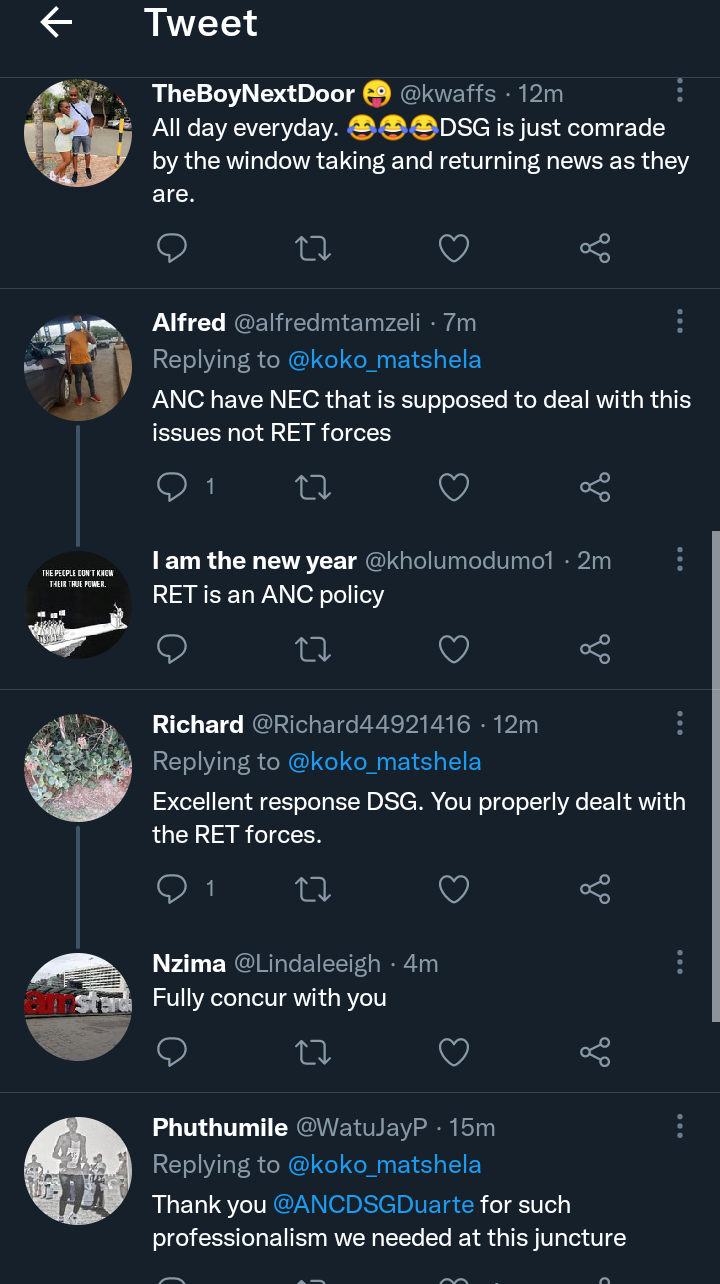 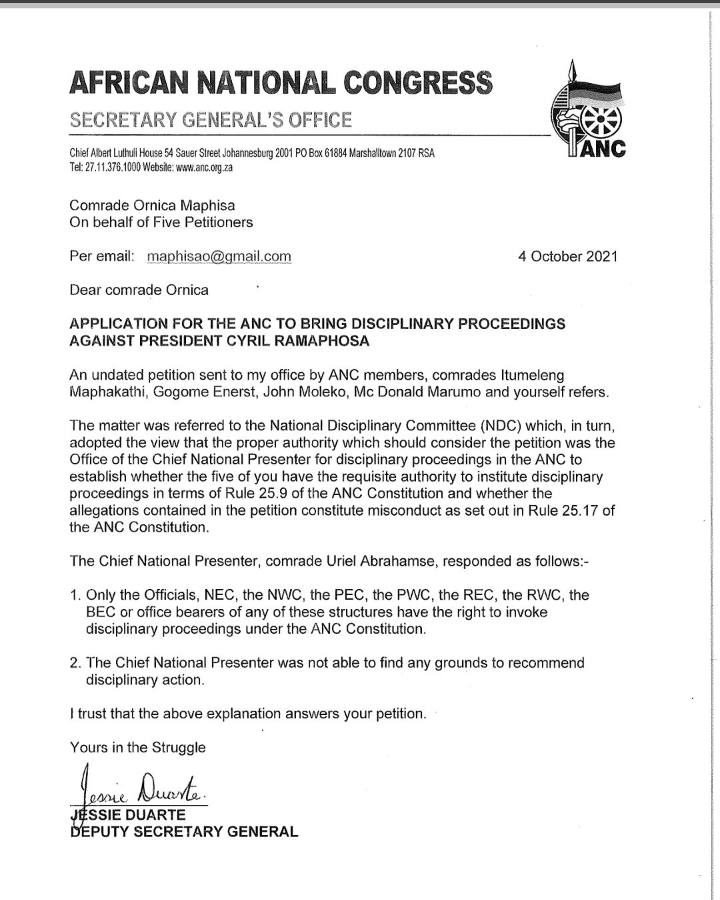 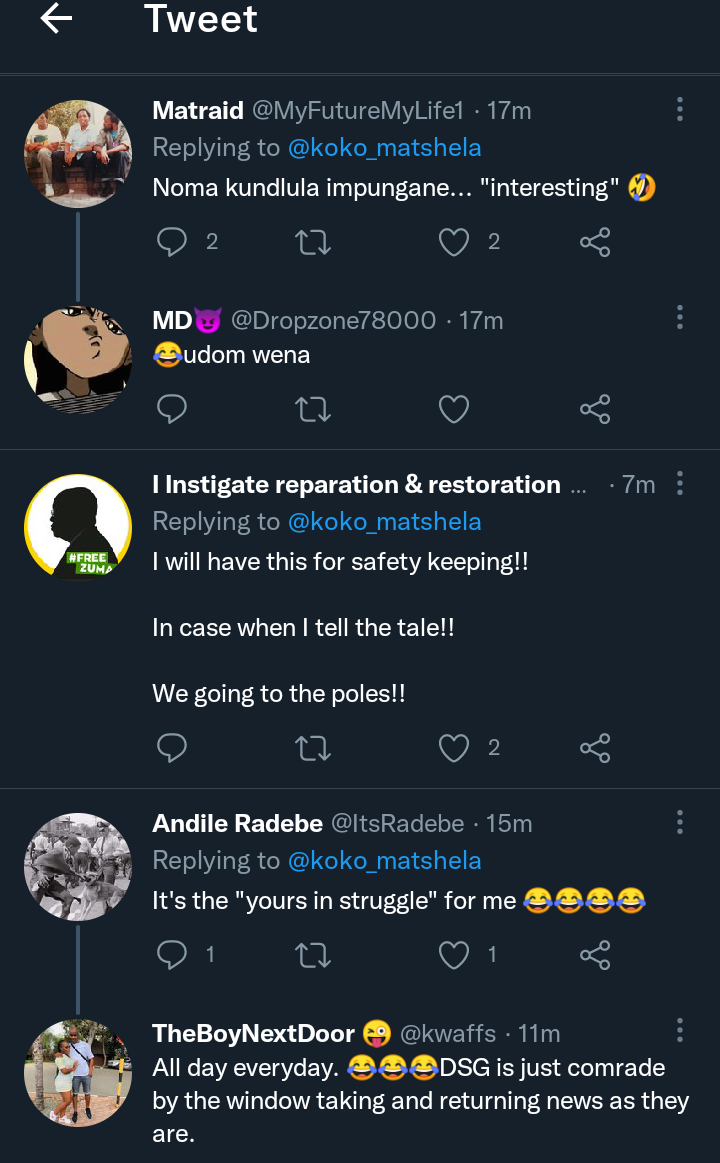 Already, before the ANC disciplinary committee issued the letter, South Africans on social media already said that their calls for president Cyril Ramaphosa to be investigated and disciplined by the ANC will amount to nothing. They noted that it is a futile plan, disclosing that it will be like all other plans before now to discipline Ramaphosa. They said that it is obvious nobody can win Ramaphosa even in law court even as of today. The aggrieved members cited that the CR17 bank statements should be critically looked into, saying that if nothing incriminating is inside, then president Cyril Ramaphosa will not rush to the court to seal it. They noted that he used his position as the president of South Africa to effect the sealing of the bank statements. They cried that such is against the practices of the ruling party. Furthermore, they cited that Ramaphosa must be disciplined because no one person is bigger than the whole ANC, not even Ramaphosa. This is why some people are calling for disciplinary actions against President Cyril Ramaphosa. 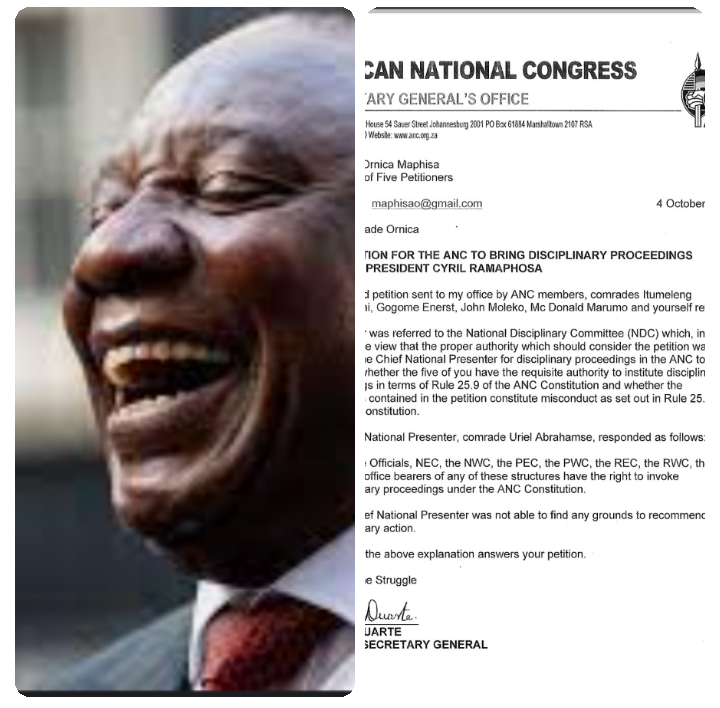 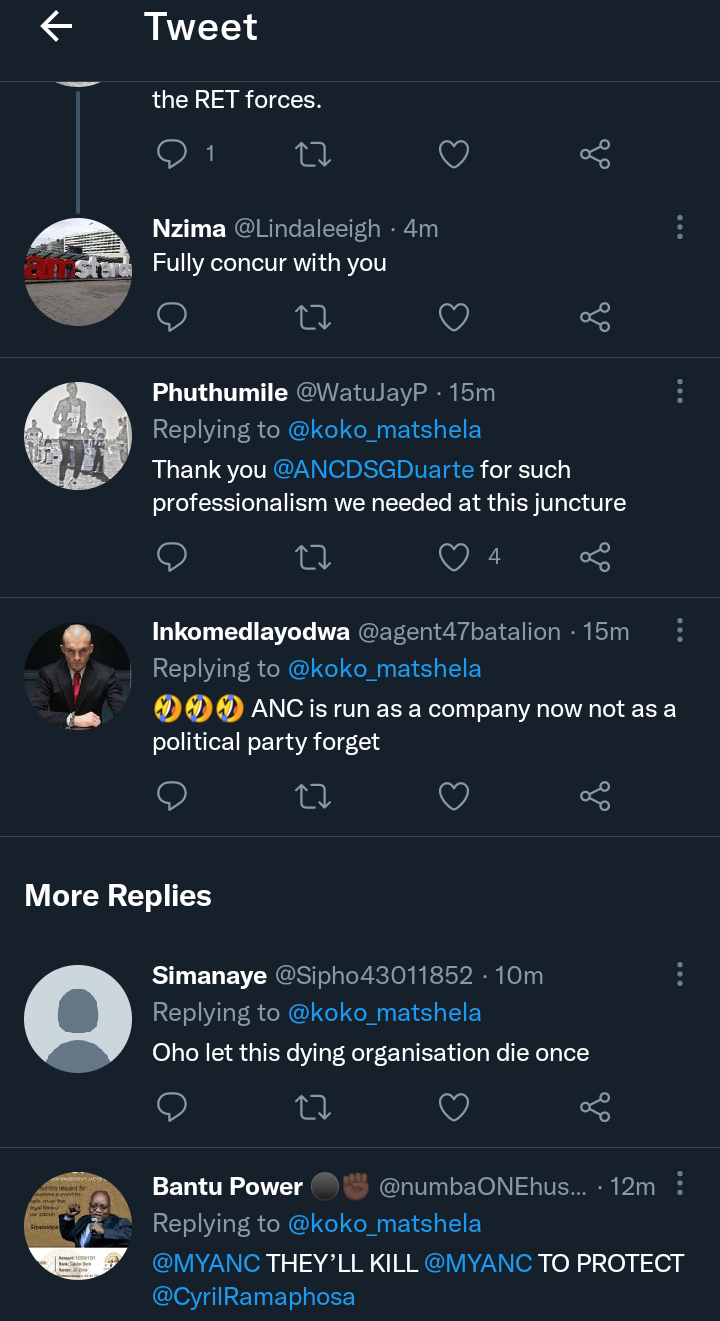 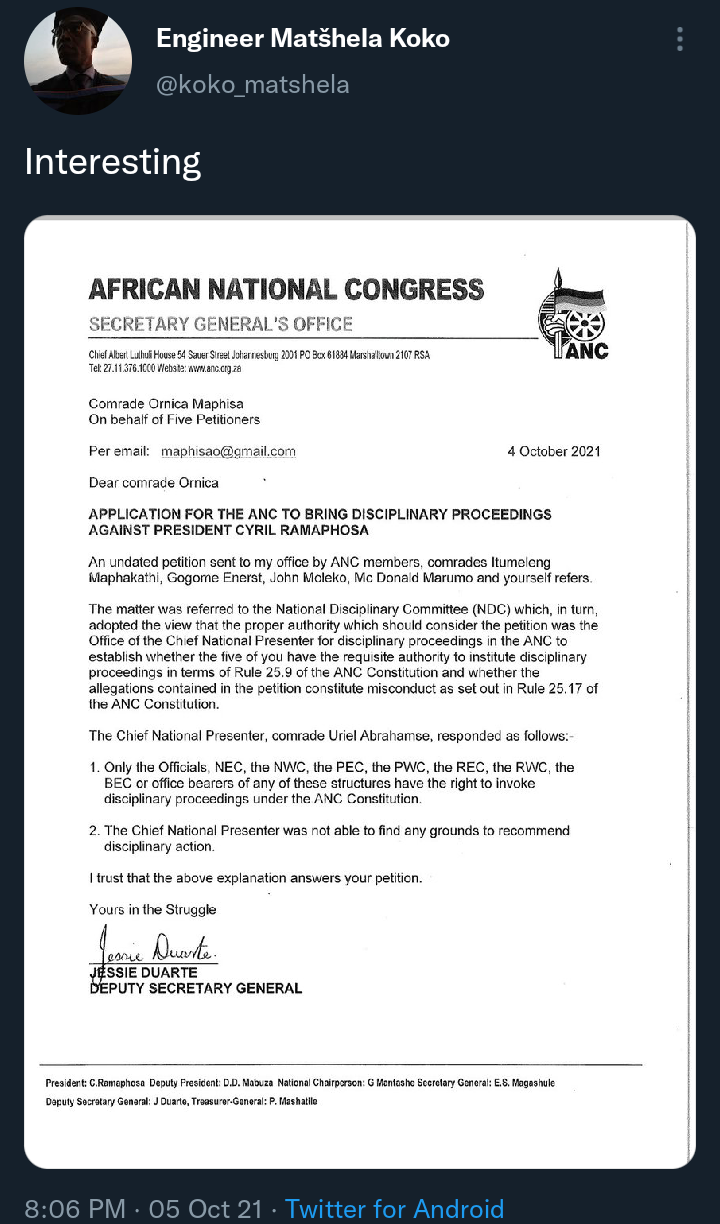 Nevertheless, some people are lambasting the aggrieved members, saying that they are merely RET members. However, many people believe that president Cyril Ramaphosa has captured the ANC totally. A Twitter user wrote," ANC is run as a company now not as a political party, forget. I will have this for safety keeping!. In case when I tell the tale! We are going to the poles. Oh, let this dying organisation die once”. Is the ANC dying? Is the call for the discipline actually factional? What is your take on this?