The EFF's justification for not voting in favor of the 18th Amendment Bill on land expropriation, according to Julius Malema, is because the idea of "nil recompense" was inserted, despite the fact that the party supports land expropriation without compensation. 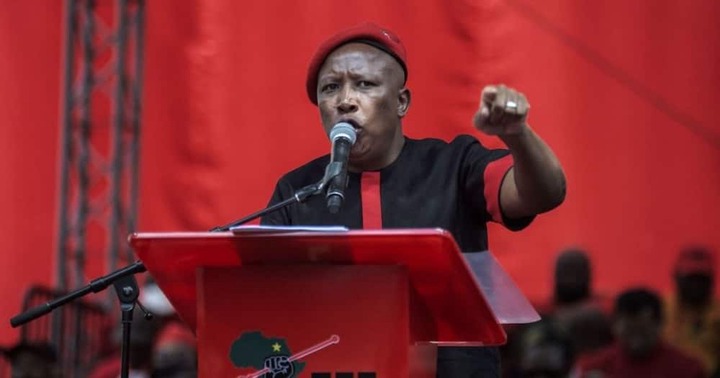 The proposed bill, according to the Constitutional Review Committee, would enact land expropriation without compensation.

As a result, Malema stated his perplexity about why it now relates to nil compensation.

"We deny the claim of no remuneration. Because it is unclear and will, in effect, provide for additional limited cases in which compensation may be less than the market value of the land," Malema explained.

Malema is asking South Africans to recover their land, claiming that the new measure will fail to provide the support that once enslaved black people require. He went on to say that South Africans should not put their faith in the ANC to aid them since the party has sold out to white capital.

The EFF believes that in order for land expropriation to be done efficiently and properly, the land must first be under state control before it can be redistributed. The African National Congress, on the other hand, does not share this viewpoint.

Reactions to Malema's view on the proposed bill

"What is the difference between nil compensation and expropriation without pay?"

"The ANC decide to come up with distraction terms like NIL in the last minutes and having not discussed it before so that they can shift all the blame of land issue on EFF. ANC never wanted to address the issue of land and will never."

"We all knew this was never gonna happen like in a million years."