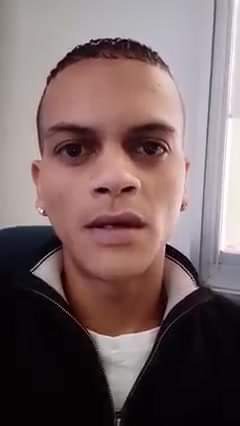 Listen to this fearless warrior as he reveals the treasonous and far-reaching threat that is #TheNewDawn as piloted by Ramaphosa and defended, protected as well as exploited by the unrepentant benefactors of Apartheid, Colonialism, Imperialism, Racism, Capitalism and Fascism...

This IS their legacy...

An assault on the Peoples of the colony of Suffer Africa ( SA)...

'Good day to all the South Africans out there!

This is a message of urgency.

The information that I am about to disclose puts my own life at risk so, please SHARE this video and please listen diligently.

On the 2nd. of December, Cyril Ramaphosa is gonna declare a Nationwide Lockdown. It's going to stretch for 75 days. Within this Lockdown, we're gonna experience more loadshedding than ever before.

Tuesday, there was hundreds of trucks leaving SA to Maputo. The line of trucks stretched for kilometers. It was unending.

The trucks had coal in it. ESKOM tells us we don't have any coal or they tell us that the coal is wet.

They want to suppress us as South Africans - as individuals - because we are woke!

They are very angry at us. That's why they are gonna do this.

They want small businesses to close. They want us all basically to be so vulnerable that we submit to their will, to their hidden agenda.

What their main goal is, I can't say at the moment.

... but what they are doing right now is the jab 💉 You know. That's why they are angry at us as South Africans because we know the truth. They spike us with Lucifer race - with this jab thing... because the senses are gonna be implanted within the light poles, industry light poles.

My previous video has been taken down where I said, SA is not being run by the ANC ( African National Congress) but it is being run by the Stellenbosch Mafia (Settlers - unrepentant benefactors of Apartheid , Colonialism, Imperialism, Racism, Capitalism and Fascism) that consists out of 3 entities:- Cyril Ramaphosa, Johan Ruper and The Rothschilds.

They want to form a One World Currency - 1 World Government called the NWO New World Order. Australia already applied to this One World government - a NWO and, what happened there, people felt so suppressed they felt like their freedom was being taken away - WHAT DID THEY DO - They stood up!

Activists like me that make people aware, they are afraid because the police come for you, they arrest you and women that's pregnant they come for you. They don't care anymore.

Guys, the NWO is upon us. We are living in the End Times.

Remember whenever Cyril Ramaphosa does what he is being told because he is a puppet to the Cult, he gets rewarded. That's why, if we fall poor, he's not gonna care. He only gets richer.

I am going to tell you something that you might not like but, Jacob Zuma was our last hope. He was the only one that resisted the Brits Bank. The Brits Bank wanted to take over SA a few years ago and what did they do - They used the mass media to portray us that Jacob Zuma stole all those billions. I know which country did it. I just can't disclose the information. I don't want to. It's too dangerous.

Guys, I saw documentation. I saw videos that I was not supposed to have seen. It made me feel so depro (depressed). I can't put it into words.

The information that I am giving to you right now, first hand right now, it's so true so, please guys, just know that Cyril Ramaphosa is a Sell-out.

Where SA needs to stand up: Australia asked for the whole world's help and that we should do an International Protest on the 4th. of December and so, I hope there's a party member that sees this video and that's gonna make everyone aware of the protest because I'm in. I'm all in!

So, please guys SHARE this video. This is dangerous information like I say but, be mindful of who is running your country...'

The People are clear...