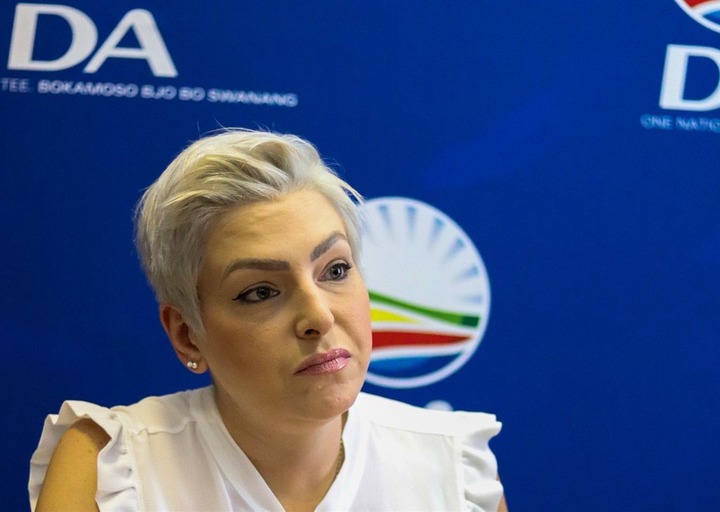 The DA has filed criminal charges alleging state capture by the ANC.

The party thinks that such an examination is justified by the data from the Zondo report.

Inquiries into the ANC's alleged "systemic and deliberate racketeering operations over a plurality of years" have been requested by the government.

The DA has filed criminal accusations against the ANC and demanded that it be "investigated for systemic and deliberate racketeering operations over a plurality of years," stating that the ruling party operated as a criminal organisation.

In order to lay the charges on Wednesday, DA Chief Whip Natasha Mazzone and DA MP Cilliers Brink travelled the well-traveled route between the DA's offices in the Marks Building at Parliament and the Cape Town Central police station.

The party has already requested a criminal probe of the ANC. It requested an investigation into the ANC for "systematic and deliberate fraud, racketeering, corruption, looting of public money and similar offences over the past two decades" in a letter to Shamila Bathohi, the national director of public prosecutions, in March 2019.

"The release of the state capture reports over the previous six months has supplied further proof of corruption, racketeering, and looting of public money covering the whole width and breadth of the ANC controlled state," Mazzone claimed in her affidavit.

According to Mazzone, the State Capture investigation showed that Bosasa gave the ANC money in exchange for an electoral war room.

She cited the following passage from the report: "The evidence reveals that the ANC had taken donations from corporations that were substantially dependent on government contracts, such as Bosasa, without examining them." President Ramaphosa was informed that Bosasa's illegal activities had been the subject of media reports at least since 2009 and that it was difficult to believe that observant ANC members would have been unaware that Bosasa was the recipient of significant government contracts under questionable circumstances.

She also mentioned that various ANC leaders were implicated in testimony given to the commission.

It has become clear that the ANC as a whole is implicated in state capture activities as a result of the involvement of multiple high level ANC members, including but not limited to Jacob Zuma, Gwede Mantashe, Malusi Gigaba, and Mosebenzi Zwane "said in her affidavit.

She then cited the following passage from the Zondo report: "The party's role in actively engaging in corrupt activities for its own gain, allowing corrupt activities to continue under its watch, and failing to take action to stop or arrest such activities, as well as in setting up the conditions for corruption and state capture to flourish, must therefore be examined.

In the affidavit, she added, "The research demonstrated that the ANC itself benefited from state capture by accepting money from third companies who are believed to have obtained government contracts corruptly."

"The ANC further contributed to these state capture crimes by refusing to take seriously the calls from opposition parties to remove President Zuma, due to allegations of corruption and state capture," Mazzone said in reference to the ANC's cadre deployment committee's systematic weakening of state institutions and facilitation of corruption.

The Guptas and President Zuma's close friends were able to continue working on their state capture scheme and routinely stealing public funds because the ANC aggressively protected President Zuma and worked to keep him in office, according to Mazzone's affidavit.