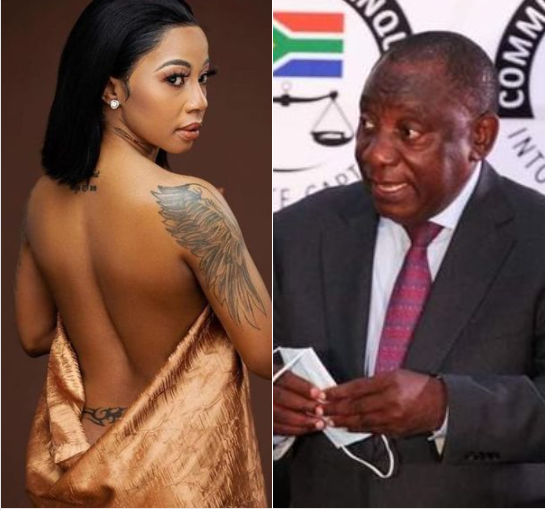 To tell the honest truth, president Cyril Ramaphosa is a good man, but not good enough for the presidential office. This man is too good for politics, right now as Kelly is saying, since Ramaphosa took over, the justice system became even more weaker. The number of crimes especially murder and rape increased dramatically. The only thing that were achieved by Mr president was the Zondo Commission. Of course we can not blame him for the high unemployment rate because Corona has added to that problem.

Seriously we do understand that they are certain situations that are beyond his control, but the president should do what he can, they must be some efforts from him, it really looks like our president is a relaxed man, or he only acts when it is already too late. Most of the times, by the time he stands up, the situation will be out of control. All what we get from the president is wonderful speeches, full of promises that are never fulfilled.

After Kelly Khumalo made this comment about the president, she was hit by many stones to remind her that she is not also perfect. I do not know weather what people are saying is in defence of the president or is to show both Kelly and Cyril as the same. So they were trying to show Kelly that she does not have right to judge someone who is also like her.

This is South Africa for you, the moment you think you have got fans, you would be amazed how those so called fans will chew and spew you unexpectedly. This environment is no friend to anybody, it can be very brutal, especially to those who are on the public space. Should Kelly always be reminded about Senzo Meyiwa every time when she voices her opinion. She also deserves a break on this matter, only God knows the truth about what happened between Kelly and Senzo. After all, none of us is perfect enough to judge her. 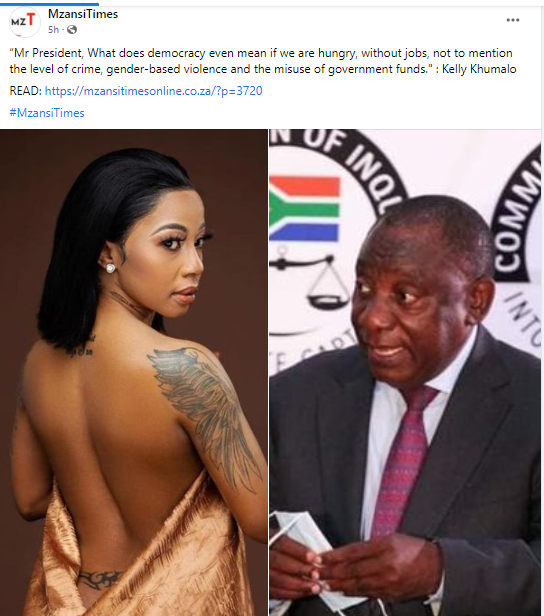 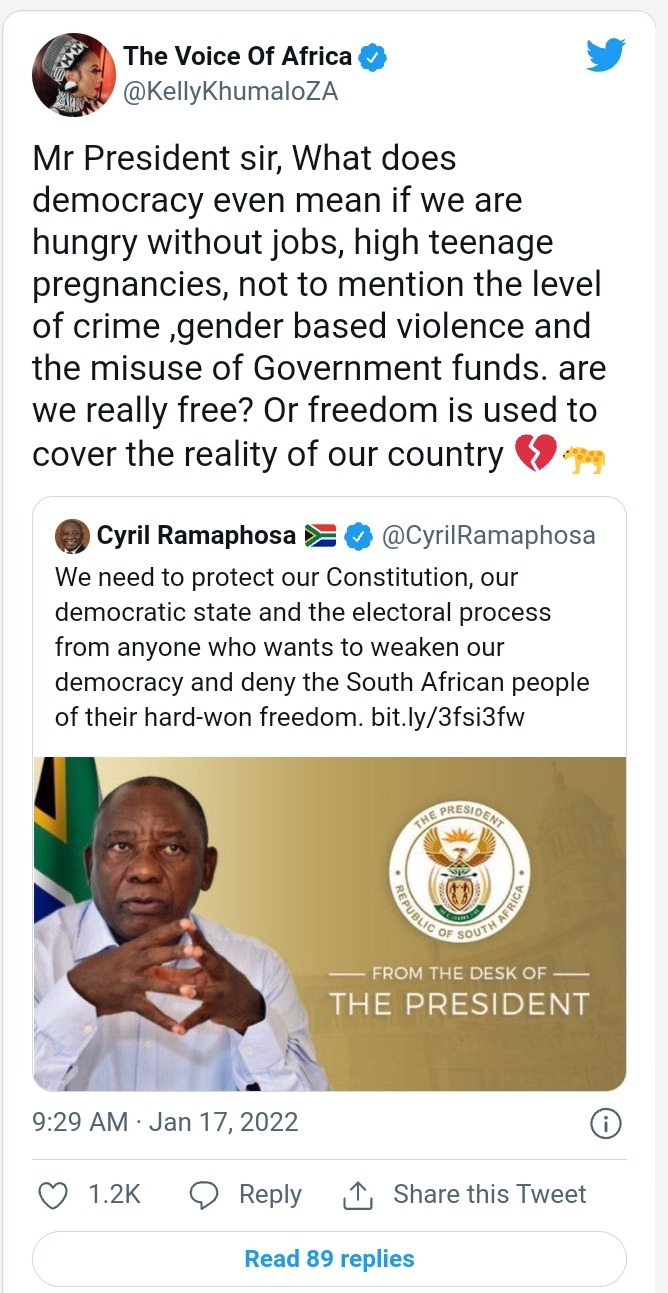 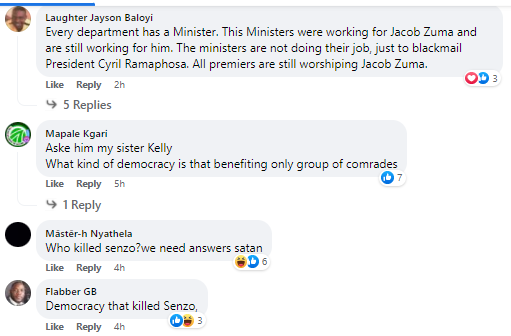 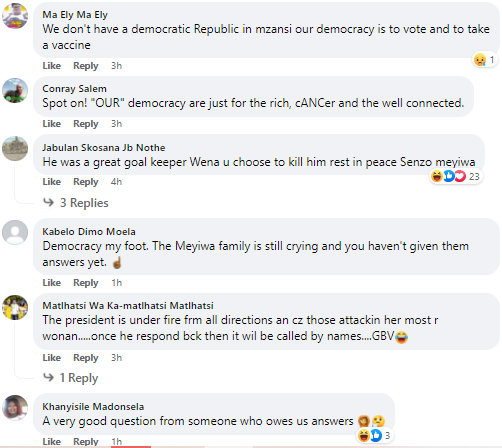 Musician and reality TV star Kelly Khumalo responded to President Cyril Ramaphosa's weekly newsletter with stinging questions about the high crime rate and levels of unemployment in the country.

In his newsletter issued on Monday morning, Ramaphosa addressed the torching of parliament and allegations of corruption and fraud contained in the state capture report, saying there was a need to protect the country's constitution, its democratic state and the electoral process from individuals who want to weaken its democracy. Responding to the letter, Kelly asked the president if democracy had any significance in the face of joblessness, corruption and gender-based violence.

“Mr President, sir. What does democracy even mean if we are hungry, without jobs, high teenage pregnancies, not to mention the level of crime, gender-based violence and the misuse of government funds. "Are we really free? Or is freedom used to cover the reality of our country?" she asked.

Ramaphosa said the findings contained in the state capture report were shocking, not only because monies meant for the benefit of the public were stolen, but also because government entities were crippled and collapsed.

“This part of the report paints a deeply disturbing picture of how key institutions of our democracy were compromised and undermined with criminal intent. Not only were significant amounts of money stolen, but these institutions were not able to properly fulfil the functions for which they were established,” said Ramaphosa.

He said the findings should be used to learn from past mistakes and safeguard the future of state-owned enterprises from state capture.