Mzansi has been sending their love to the EFF MP Kenny Motsamai after the passing of their adopted daughter. The country is still left in tears as we still continues to report number of cases of rape in the country. It's sad that each day we heard about the murder of a woman or child. 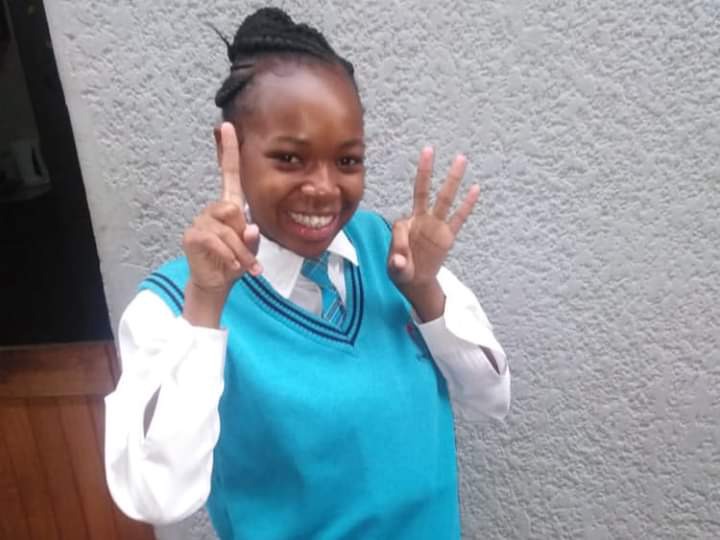 How does one do such a cruel vile thing to a child. Mzansi has been sending sincere condolences to the family on the tragic passing of their beloved daughter. EFF MP Kenny Motsamai and his wife have recently los their daughter who was raped and poisoned.

Many people did not know that the EFF MP Kenny Motsamai had adopted daughter. Apparently their daughter Lindokuhle Makotshi who was 16-years-old old was raped and died on 29th of June after food poisoning. According to the source the parents only learn about this after the older sister called them to report about the 14-year-old old Lindokuhle Makotshi who were missing and no where to be found.

25-years-old man has been arrested in connection of rape and killing of Lindokuhle Makotshi. Apparently the food poisoning came after it was reported that the 25-years-old man gave the girl chocolate. The man is a suspect of giving the EFF MP Kenny Motsamai's daughter food poisoned with chips and chocolate laced with poison. Their daughter died while in hospital on Wednesday.

The law should set a strong massage to man's who are Killing woman and children. They cannot live while they have killed people. For once the law should give the community power to deal with such horrible man's who are killing our sisters. Nowadays, woman are being killed by their loved once. Kids are now being murdered by their father, brothers, and uncles.

Let's send our condolences to the Family and those who were attending school with her and together with their friends.