" The ANC needs to fix its problems and come up with plans to restore trust in the people", This was stated by the party's new KwaZulu-Natal regional chairman, Musa Dladla, who was appointed over the weekend, Musa Cebekhulu.

Things turned out for the conference as the two sides were on the receiving end, with their nominees nominated at the last minute.

The party led by the wife of the Minister of Water and Sanitation, Senzo Mchunu, Thembeka, the former deputy chairperson of the region, cried foul. Also, the party led by the chairperson and mayor of Umhlathuze who was ousted from the IFP in last year's by-elections, Mduduzi Mhlongo, was defeated by Musa Cebekhulu, who was nominated during the wrapped-up conference in Mtubatuba yesterday. 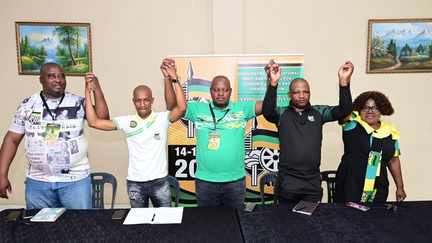 At a press conference yesterday, Cebekhulu said they wanted to find out why the party had lost confidence in last year's local government elections.

He said their priority was to build unity in the organization and trust in the people as well as to restore the organisation's dignity.

“We need to come up with plans to restore people's trust, to fix our problems. It was a tragedy to lose the King Cetshwayo district council, which was taken over by the IFP. ”

He lamented the Covid-19 scandal, the looting and burning of factories in July last year and the public protests over the demands which he said were some of the factors that could cause the public to boycott the polls.

“The only thing left for us to do is to form a district. With the conference over, there are no more factions and controversies. It is the ANC's tradition that in the event of a dispute on the way to the conference, support the winners. ”

He said the conference had made it clear that there was a need for unity and co-operation.

“Unity is a priority and we must work together. Let's work, let's work for the people and the nation. ”

The Deputy Chief Minister is Phiwe Mhlongo, the Treasurer is Smanga Mgenge, the former mayor of Umfolozi Municipality, the Secretary is Madanga Xulu from Nkandla and the Deputy Secretary is Babhekile Mthembu.