Kenny Motsamai, an EFF politician, had his teenage daughter raped and poisoned. 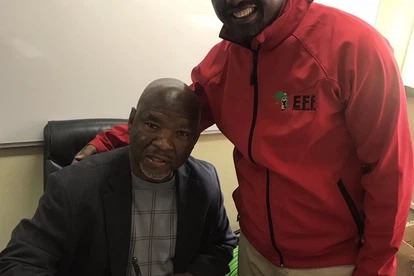 Adopted daughter of Motsamai, Lindokuhle Makotshi, age 14, passed away on Wednesday, June 29, in a hospital.

The young child was allegedly sexually assaulted on Monday afternoon by a 25-year-old guy who resides in Katlehong, east of Johannesburg, according to TimesLIVE. While Kenny Motsamai and his wife reside in Sebokeng, the daughter lives in the same region with her sister and grandmother.

A suspect was detained in connection with the rape and appeared in court on Wednesday, according to Phindi Mjonondwane, a spokesperson for the National Prosecuting Authority (NPA), who verified the information to TimesLIVE.

The deceased was still alive when the suspect made his initial court appearance, thus a murder charge has been added. The victim was supposedly poisoned, but the prosecution was not informed of this. The case was continued so that formal bail could be requested.

Motsamai is the second EFF member to suffer the horrific loss of a daughter.

Godrich Gardee, an EFF member and practicing attorney, tragically lost his daughter Hilary in April after she was abducted, raped, tortured, and died in Mpumalanga.

Her body was located a short while afterwards. Suspects who were directly connected to the crime were arrested after a thorough investigation. Sipho Mkhatshwa, Philemon Lukhele, and Mduduzi Nkala, the three accused, are each charged with conspiring to commit murder, kidnapping, rape, murder, firearm possession, and subverting the course of justice.

The Mbombela Magistrates' Court is still hearing their case.