" I’m no Ramaphosa supporter, but right now no other party leader can do a better job than him"

" I’m no Ramaphosa supporter, but right now no other party leader can do a better job than him".

South Africa is in shambles. The unemployment rate is high, the crime rates are also high, poverty still exists and inequality is even higher. All this has been blamed on the ANC and mostly President Ramaphosa. The Phala Phala farm robbery scandal made things worse for him as people and opposition parties started calling him out and demanding his resignation. 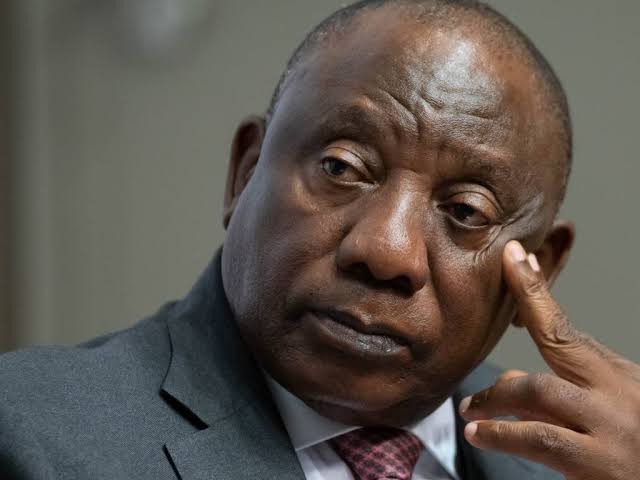 While many want Ramaphosa gone. Others still believe that Ramaphosa is the only leader that can solve the mess South Africa is in, even though many others blame him for the mess. One tweeter account said that they were not a supporter of Ramaphosa but there was no other party leader that could do a better job than him.

Ramaphosa's term probably happened during the worst times in the world and in South Africa. He became President right after the Zuma saga, which is believed to have compromised the economy of South Africa. Ramaphosa also had to deal with the pandemic which presented a novel challenge, and now the Russian war which impacts on global trade and economies. These are hardships no other President of South Africa had to go through, yet, through it all, he even extended social security programs for the disadvantaged.

People, however, believe that Ramaphosa has not done anything for the people. One person said "

" I’m his supporter but he has to act tough and with speed. He can’t keep the unsustainable unity with people who want to destroy the country and axe him. It’s getting hard to support him and his party".

One person also shared why Ramaphosa seems to be the best man for the job. " They are not putting out attractive policies that the masses can look into. All they're saying is vote out Ramaphosa and the ANC, that's all. While the DA is selling only good governance, that is good, but not good enough, because they aren't telling us how they'll deal".

" with poverty, unemployment and the increasing divide between the wealthy and the poor. They are not telling us how they intend to uplift the formally disadvantaged communities. Nothing is on offer".

I strongly believe that Ramaphosa deserves his second term. Hopefully, it will be smooth for him. After all, we can't expect things to change within a year. Another issue at hand is that people want to judge the work of the President by what he has given them. When will people start standing up and doing things for themselves? Ramaphosa is right, he does not create jobs, the private sector does and the people are the private sector.

Every night before bed, I drank hot lemon water with honey and this happened

Realistic modern butterfly house to check out and how much it would cost you.

Breaking News: Pitso Mosemane has been appointed to be a head coach by the Arabian Giants