On Freedom Charter Day, African National Congress Secretary General Ace Magashule joined the leadership of the Economic Freedom Fighters in Walter Sisulu Square to celebrate. The ANC completely ignored this important day in liberation movement history, but the EFF did not. This happened during the time that the EFF was actively combating the apartheid government in South Africa. There were those who thought Magashule shouldn't have been there, and there were those who agreed with them. 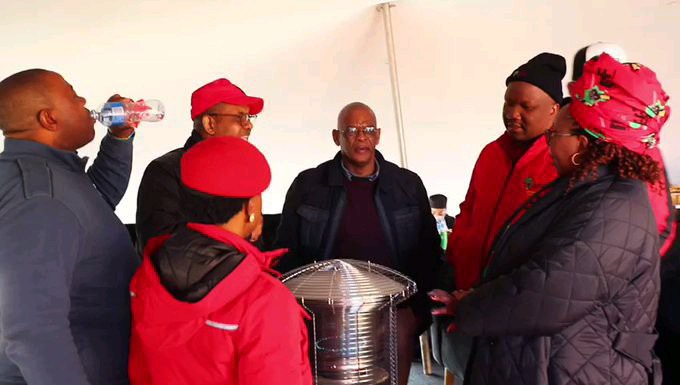 Ace Magashule has been accused of "Irresponsible conduct" by the ANC Free State for attending an EFF-hosted event. Friends, please act like adults. The opposing party is not your enemy. For instance, I joined in the celebrations honoring the African National Congress's centennial. When I play golf, I often meet people from the ANC who want to chat. Wake up

While the ANC has ignored the Freedom Charter entirely, the EFF has at least given it some thought. The EFF's mission is to unite all people of African descent. where numerous black organizations collaborate for the benefit of a common black cause. Politics is a game in which you need to follow both your rational and emotional impulses. People believe that supporting a particular political party will be to their advantage, thus they provide that party their support.

Freedom from constraints in the pursuit of possibility What we share in common is that we both attended private schools as children. If your government does not stop looting funds meant for public hospitals, its citizens will continue to look elsewhere for care.