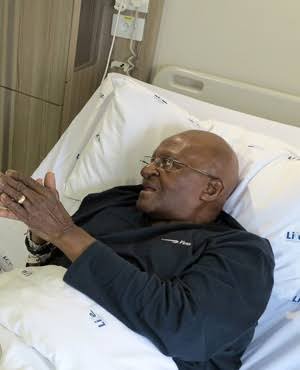 Johannesburg- South Africans got the shock of their lives on Wednesday afternoon when they learnt on twitter that ANC veteran, Desmond Tutu has died.

It has emerged that a person behind that tweet is very much used in creating fake news and spreading death rumours. This brought a relief on many who were shocked at the news that he is no more. 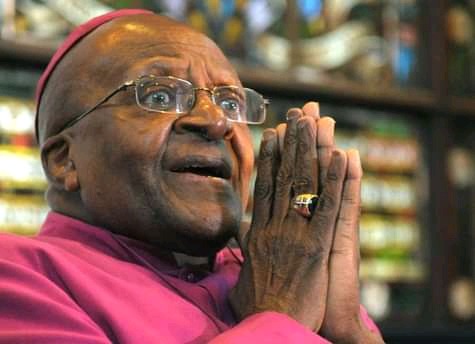 As reports of the “death” of SA Nobel peace laureate Archbishop Desmond Tutu shook the country on Wednesday, the Twitter account which broke the news has been revealed to be fake.

Mzansi Celebrity News did some research and discovered that the news of Tutu’s death was broken from an account of @BishopSMoreo, which claimed to be the official account of Johannesburg Anglican Bishop Stephen Moreo.

In just 40 minutes of posting the first tweet which claimed Tutu is no more, the account claimed that the person behind it is actually happens to be the Italian journalist who is the author and schoolteacher, Tommaso Debenedetti.

When I checked on Google to find out more about Debenedetti, I came across lot of findings that he is renowned for creating fake social pages as this is not the first time.

According to a Wikipedia page, Debenedetti has, since 2011, created fake Twitter accounts of famous world personalities, spreading fake news.

The page reveals that in 2012, another hoax announced the death of Syrian President, Bashar al- Assad.

“Other Debenedetti Twitter hoaxes were picked by important news sources, fooling many newspapers,” including The New York Times, The Guardian and USA Today, reads the Wikipedia page.

The Tutu legacy foundation responded to the news of his alleged death in a statement that they wrote on Twitter where they set the record clear on how dismayed they are at such news:

“The Desmond and Leah Tutu Legacy Foundation can confirm that this is not true, it is fake news. @TheDesmondTutu as well as Mrs Leah Tutu are still with us. Thank you.”

In the past Debenedetti has said that he created fake Twitter accounts “to show how easy it is to fool the press in the era of social media”.

Means to reach out to Debenedetti were unsuccessful but I know that he is busy thinking of his next hoax move and his act is quite disturbing to say the least.

Here Is Why Organisations Use 16 Days of Activism

Ramaphosa: SA still under Level 1 – but that could change SOON

Here Is Why SANEF Is Furious With Fikile Mbalula

Are you not aware what will happen if you are not vaccinated: Read the following info