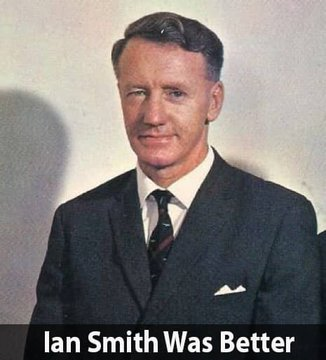 Zimbabwean journalist Hopewell Chin'ono said in Zimbabwe there are 2 opposition Members of Parliament & 13 of their supporters who are in a Maximum Prison without trial for demanding Justice after an opposition supporter was murdered by a ruling party thug. The ruling party looks like it is brutal, though some Zimbabweans still love it and support it even if they ran away from poverty, they still support it, living in South Africa.

Ian Smith had 1 farm called Gwenoru in region 4. Robert Mugabe’s family got 24 farms. Who is a “mupambi wepfumi?” Ian Smith and his ministers were treated at Andrew Fleming (Parirenyatwa) hospital, yet Mugabe spent millions getting treatment in Singapore. Revolutionaries?

These so called revolutionaries evolved to be the worst thing that ever happened in Africa. Many African countries wishes they can go back to colonial times. We got people who think that the apartheid

Luthuli Dlamini From Uzalo Is Not From South African, This Is His Original Country Of Birth