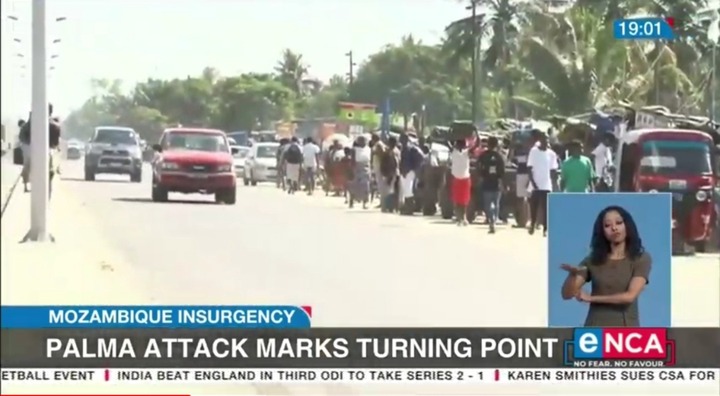 Security analysts believe that the insurgent attack on Palma in Mozambique marks a significant turning point in the conflict. eNCA's reporter Barry Baitman has more.

After a dozen people who were trapped in Mozambique after an attacked by surgents have been freed. About a hundred and eighty people have been said to be trapped in a hotel in the town of Palma.

Violence that began on Wednesday that intensified on Friday with atleast seven people killed. News24 is reporting that evacuation by boat with more than one thousand two hundred people among them South Africans, began early on Sunday.

But it is still believed that more than a hundred people are missing. The fighting in Cobo Delgado has left thousands of Mozambuquans dead.

But the insurgency has Ben mosy in rural areas. And now the country's financial interests and those of multinationals are under severe threat.

The significance is that they targeted the town that is the main hub that has the Gass prodgect. Which is supposed to bring the country billions of revenue. And that is where multi foreign national oil companies contracted groups and centered their infrastructure. eNCA's reporter Barry Baitman filed this report Courtesy of #Dstv403