The Economic Freedom Fighters Party (EFF) has in strong term condemned the action of some scrupulous elements who attacked the party's head of Presidency on the eve of Monday 27th June 2022. 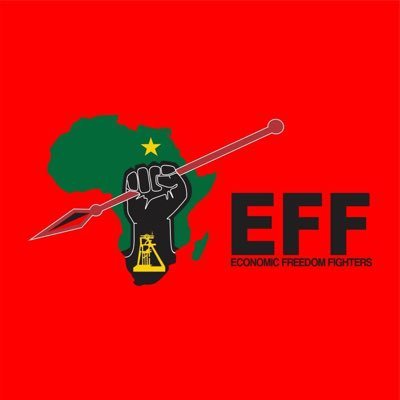 We all would recall that Vuyani Pambo was approached by three armed men who took his car and demanded for money. The three masked suspects were said to have acted with precision and took Pambo's car outside the hoisehold of his mother to a seemingly quiet and unassuming neighborhood.

The suspects actually drove around with Pambo's car which contained some of his personal belongings like passport, identity documents, organizational documents and other valuables.

After stealing the valuables they dumped the car.

Meanwhile, EFF has claimed that the crime was premeditated considering the nature in which it was perpetrated, while expressing joy that the party man was not injured.

According to the party's official statement and it reads:

"It is clear through the manner in which the Operation was conducted, that it was premeditated with intention of intimidation and securing of certain valuable documents and information.

The EFF is thankful that Commissar is Pambo was not hurt during the incident, especially that his child, his mother and himself were left unharmed".

This is the full text of the Party's statement below. 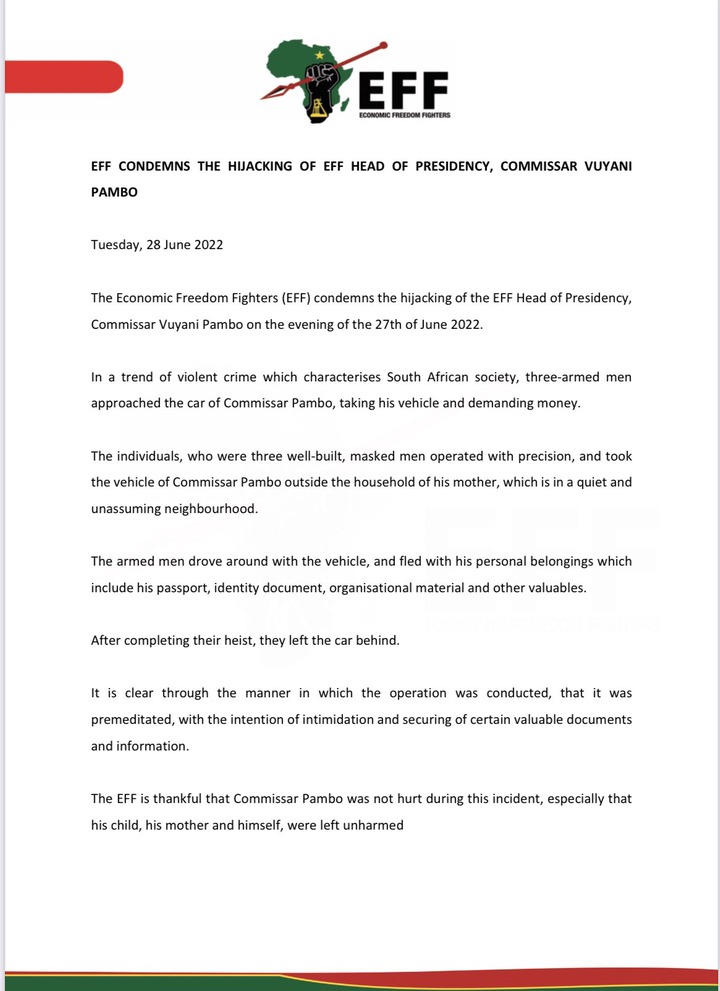 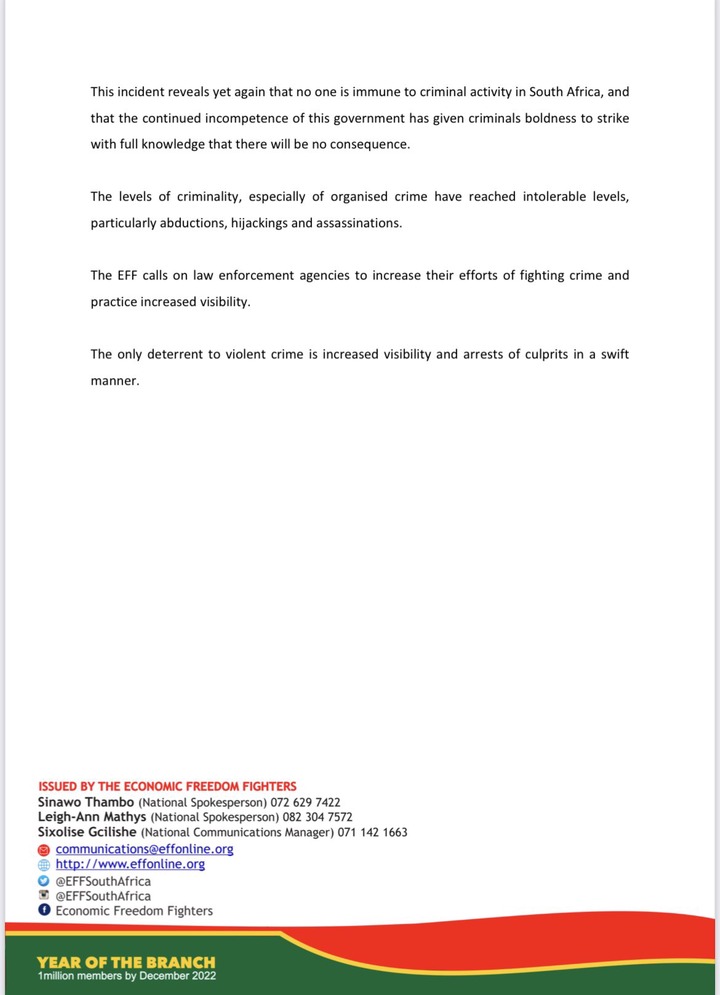