By Raerae (self media writer) | 2 days ago 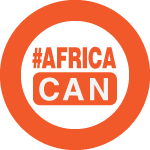 South Africa’s political transition is known as one of the most remarkable political feats of the past century. The ruling African National Congress (ANC) has driven the policy agenda since 1994 until August 2016, when the country held the most competitive local government election since 1994, in which the ANC-lost majority support in four of the metropolitan cities. Political parties negotiated coalition deals that have left the ANC unseated in Pretoria and Nelson Mandela Bay. The latest general elections were held in May 2019 and the next local government elections are expected by November 2021.

COVID-19 (coronavirus) is having a major impact on South Africa’s economy. The World Bank estimates that the economy contracted by 7% in 2020, as the pandemic weighed heavily on both external demand and domestic activity as the government implemented containment measures. This severe contraction is estimated to increase poverty by 2 million people (living below the poverty line for upper-middle income countries, $5.5 per day in 2011 Purchasing Power Parity exchange rates, PPP).

South Africa entered the pandemic after several years of low growth. In 2019, the economy grew by 0.2% (in 2018 it was 0.8%) partially caused by the resurgence of load shedding associated with operational and financial difficulties at the energy utility Eskom. The persistence of the pandemic at the global and domestic levels will continue to constrain the economic recovery during the first half of 2021. In addition, as economic activity restarts, pre-existing structural constraints, such as electricity shortages, are becoming binding again. Gross domestic product growth is expected to rebound to 3 % in 2021. Commodity prices remain important for South Africa, a major net exporter of minerals and net importer of oil. Strengthening investment, including foreign direct investment, will be critical to propel growth and create jobs.

South Africa has made considerable strides to improve the wellbeing of its citizens since its transition to democracy in the mid-1990s, but progress has stagnated in the last decade. The percentage of the population below the upper-middle-income-country poverty line fell from 68% to 56% between 2005 and 2010 but has since trended slightly upwards to 57% in 2015 and is projected to reach 60% in 2020.

Structural challenges and weak growth have undermined progress in reducing poverty, which have been heightened by the COVID-19 pandemic. The achievement of progress in household welfare is severely constrained by rising unemployment, which reached an unprecedented 32.5 percent in the fourth quarter of 2020. The unemployment rate is highest among youths aged between 15 and 24, at around 63%.

South Africa remains a dual economy with one of the highest, persistent inequality rates in the world, with a consumption expenditure Gini coefficient of 0.63 in 2015. High inequality is perpetuated by a legacy of exclusion and the nature of economic growth, which is not pro-poor and does not generate sufficient jobs. Inequality in wealth is even higher and intergenerational mobility is low meaning inequalities are passed down from generation to generation with little change over time.

Content created and supplied by: Raerae (via Opera News )