Previous President Jacob Zuma has participated in a virtual gathering with the ANC's top authority. 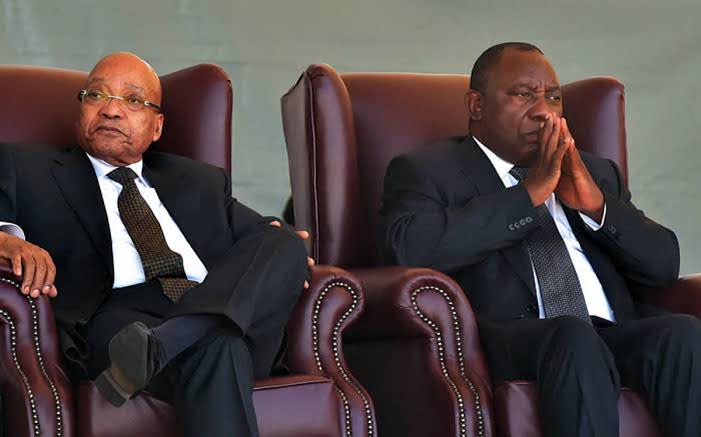 The African National Congress (ANC) Top Six has kept up that there was no expectation by previous President Jacob Zuma to subvert the Constitution of the country by not showing up at the State Capture Commission and he is managed the cost of similar rights as any resident under the Bill of Rights.

The gathering's initiative has consented to bear the cost of Zuma reality to manage the Constitutional Court and the Commission.

On Monday, Zuma participated in a virtual gathering with the ANC's top authority, including President Cyril Ramaphosa.

Instructions the media at Luthuli House in Johannesburg on the results of that virtual gathering, the ANC Secretary General Ace Magashule says, "It was surely an excellent gathering, valuable, positive, invigorating and offering desire to both the country and the African National Congress' authority and participation," says Magashule.

Magashule says they talked about with the previous President, issues like the Constitution, the bill of rights, and have all concurred on the significance of the Constitution to the country.

As per Magashule, the previous President made a broad introduction on what incited his choice to decline to show up at the Zondo Commission.

"We as a whole concurred that there has not been any aim to sabotage the Constitution of South Africa.

Companion told the Top Six that he accepts he has been exposed to out of line oppressions and indictment more than twenty years and he underlined that as a decent resident, he regards the Constitution and that he, as well, is qualified for the fundamental rights as revered in the Constitution of the Republic of South Africa under the Bill of Rights," says Magashule.

Magashule says the ANC pioneers concurred "to give him space to keep talking with his legal advisors on these issues, which he has raised. Regardless of whether to show up before the Judicial Commission of Inquiry, we have left that matter since he will additionally talk with his attorneys."

The Secretary General adds that the ANC and Zuma will keep on drawing in on different issues inside the gathering.

A year ago, Zuma held up an application requesting the recusal of Deputy Chief Justice Raymond Zondo as the seat of the Commission.

Zuma said he accepted that there was a degree of inclination against him and an absence of fairness. The previous President likewise clarified that he didn't really accept that the idea of State Capture existed, and that it was a political and not an insightful venture.