DA Says They Cannot Afford To Lose The Votes Of Indians, But Can Do Without Black Votes

There is a huge disapproval from black South Africans on Twitter after it was revealed that a Democratic Alliance chieftain disclosed that they would not want to lose the votes of Indians, but they can afford to lose the votes of black people. A statement accredited to Dean, a foremost Democratic Alliance chieftain, is causing stirs already. He was reported to have made the racist statement that they can do without Black votes, “This could as well explain why they put up the controversial campaign banner in Phoenix. “At the meeting today, Dean said the party has to be realistic, we can afford to lose 50% of black DA voters, but we cannot afford to lose 50% of the Indian vote who will vote for the DA — whatever that means,” said an insider who was at the meeting”. 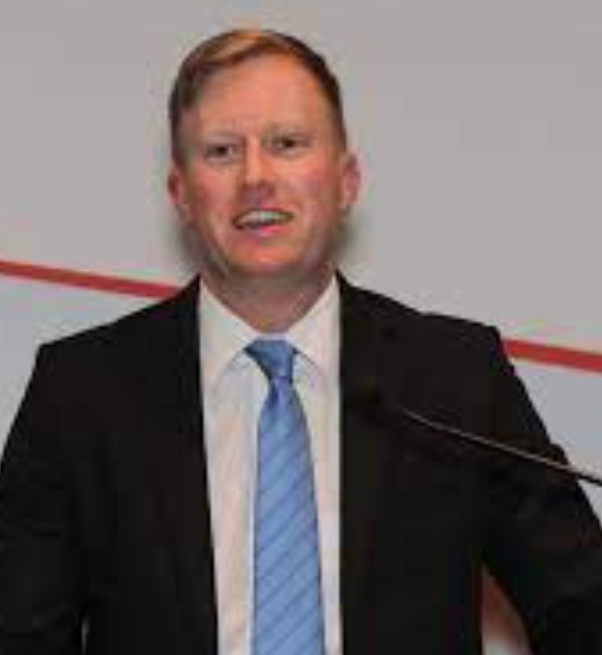 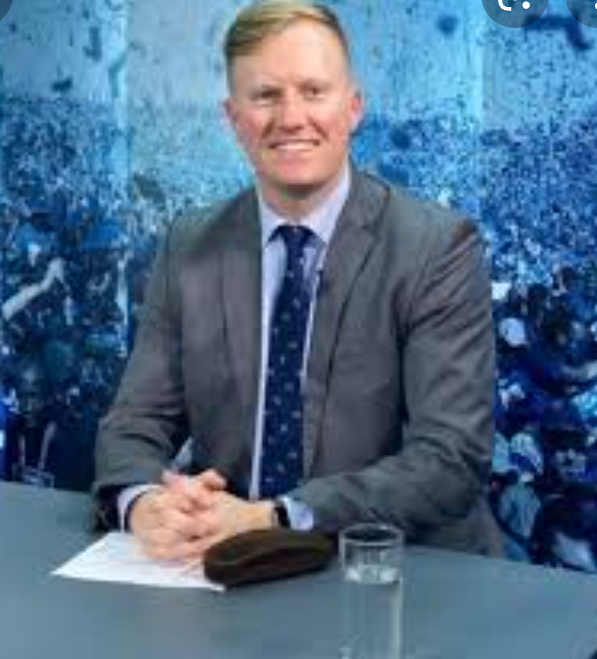 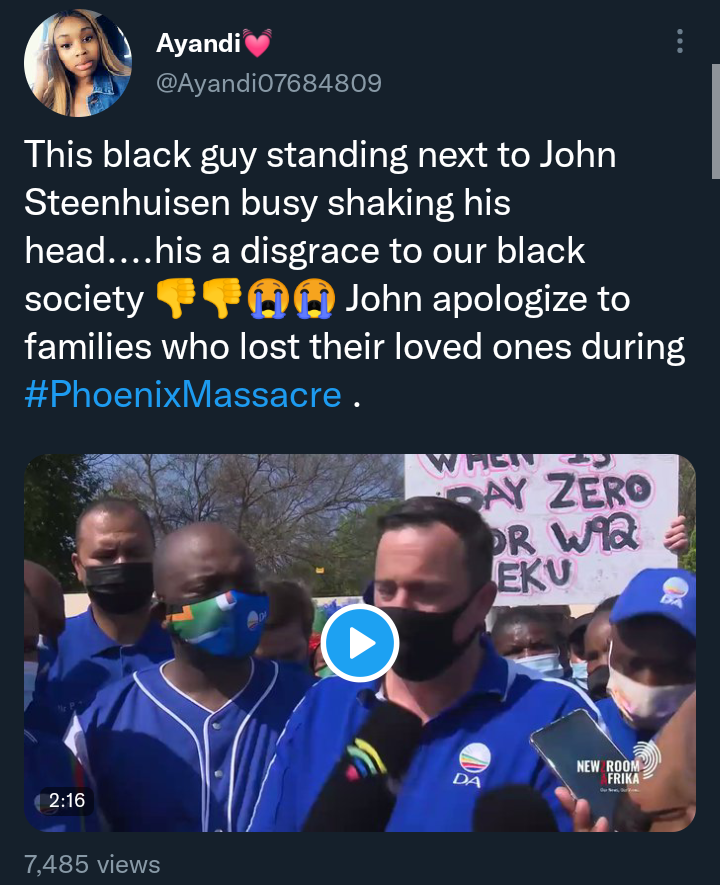 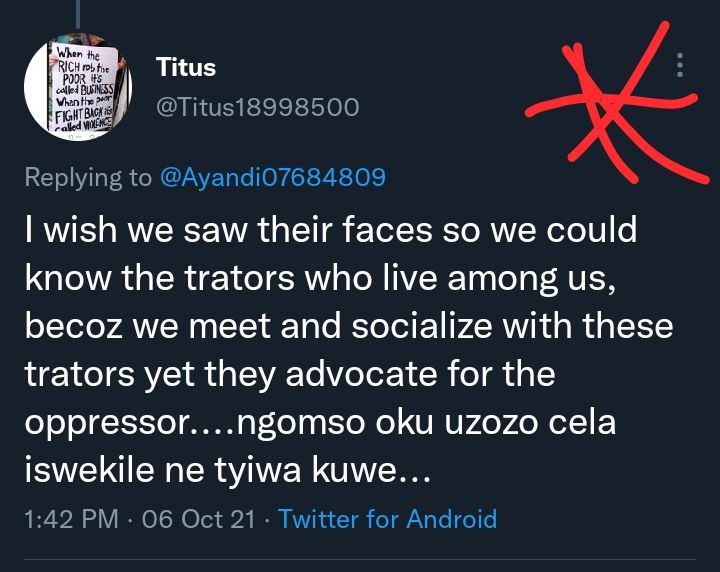 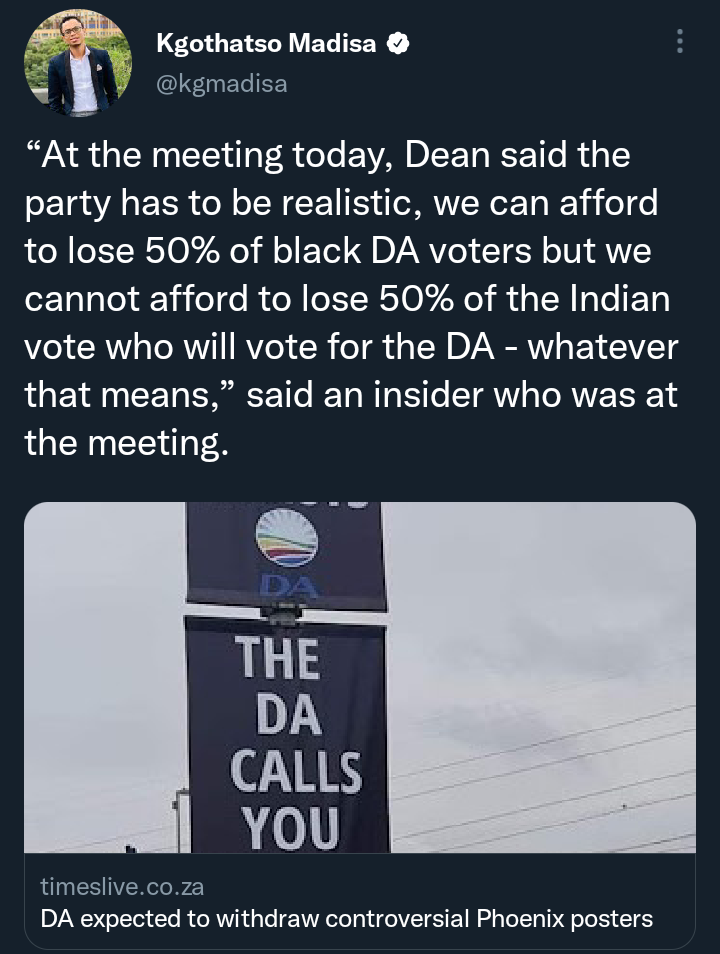 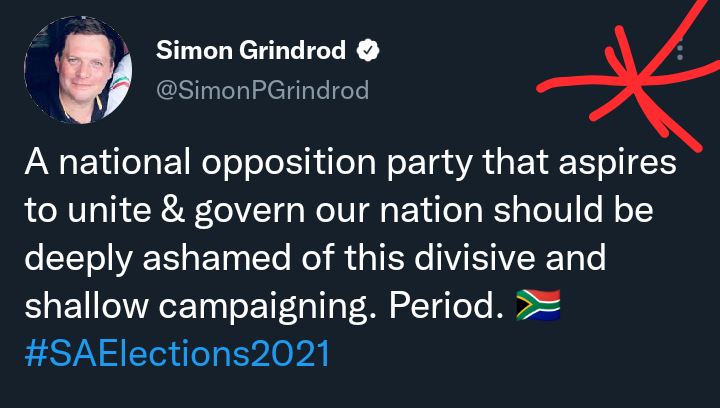 An angry South African youth and Twitter influencer noted that, “The DA has realised that they do not need the black vote to accomplish their goals, they can be as racist as they want because they have Cyril Ramaphosa and others like him in opposition parties”. There are many people who are not pleased with the racist statement from the Democratic Alliance. Nevertheless, some black people have said that any black person who votes for the Democratic Alliance after listening to John Steenhuisen speech and again the statement from Dean should be regarded as a self-hate, and a race betrayal or traitor of the black people. However, not all white people are supporting this racist stand of the DA. A notable white South African on Twitter, Simeon Grindrod is against this statement. Grindrod wrote that the DA must be ashamed of themselves for their ignorant racist statements, declaring that, “A national opposition party that aspires to unite and govern our nation should be deeply ashamed of this divisive and shallow campaigning. Period”. 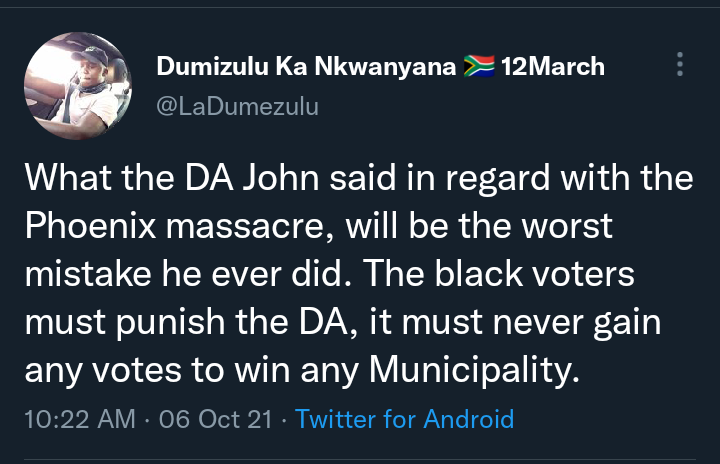 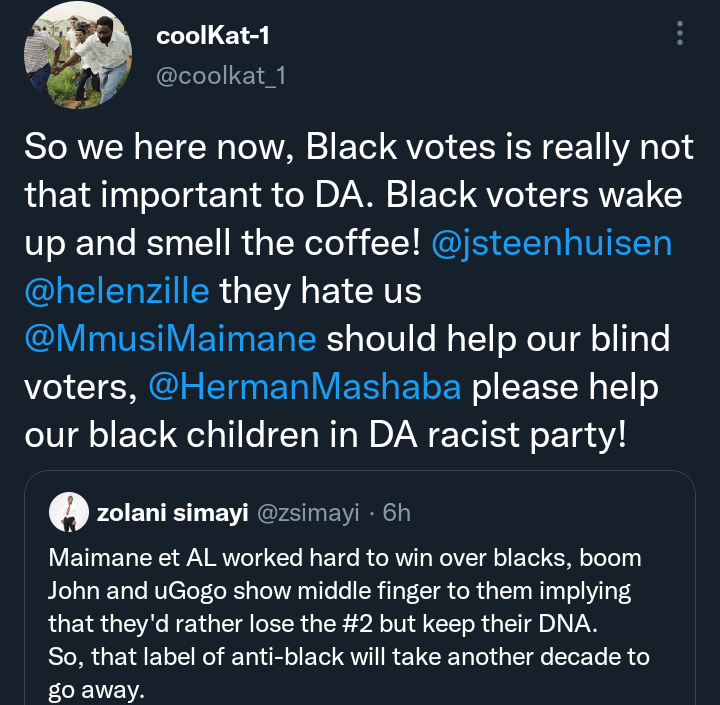 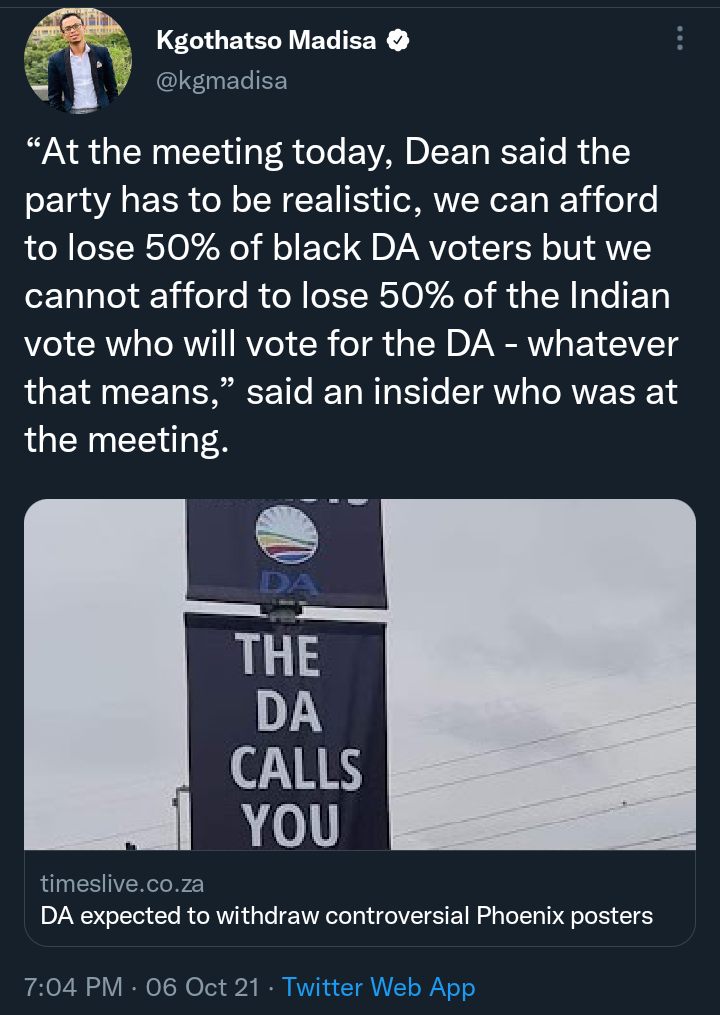 Many people are not happy with the black people who were standing by John Steenhuisen when he was allegedly making ugly remarks against black protesters who were allegedly gunned down. An angry South African Twitter user called out the black people and said, “This black guy standing next to John Steenhuisen busy shaking his head….he's a disgrace to our black society, John must apologize to families who lost their loved ones during. I wish we saw their faces, so we could know the traitors who live among us because we meet and socialize with these traitors, yet they advocate for the oppressor”

Shweshwe's Most Exquisite Dresses in 2021