Things are not going well for Kuli Roberts

By ThePublicChoice (self media writer) | 12 days ago

The appointment of Kuli Roberts as the new candidate for the council of the African Transformation Movement was short-lived, as she was asked to resign from her duties. Kuli herself ran for councilor for District 65 in Tshwane, but this is still a pipe dream, as she has been fired by the political party. 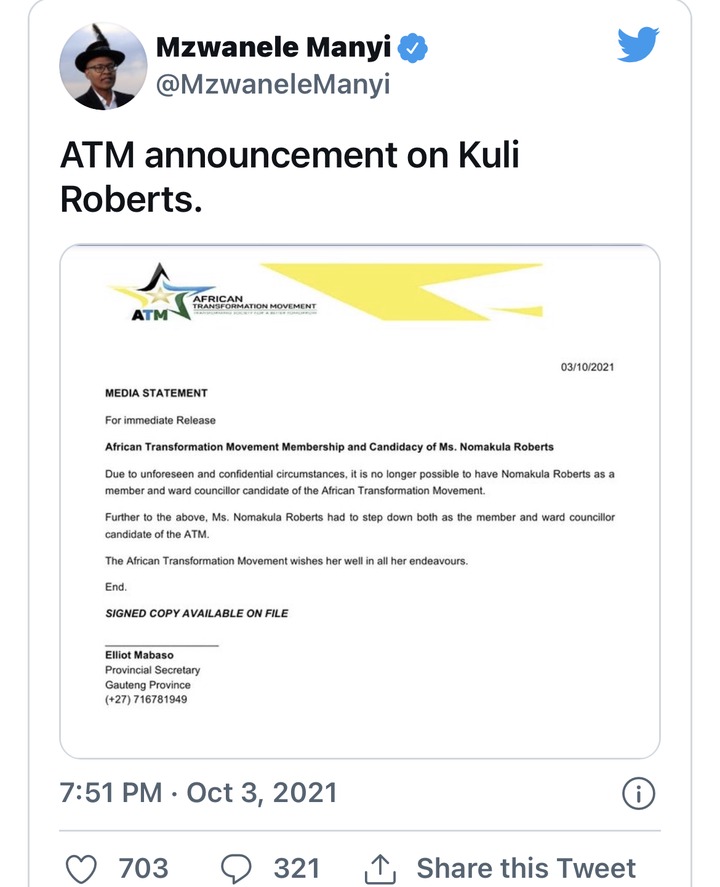 Manyi announced last week that they welcome Kuli to her team: “The only @kuliroberts has joined the winning team. Servant Kuli has signed up to serve the people of South Africa. Diener Kuli is a candidate for the ATM Council for District 65 in Tshwane. We wish you all the best ". 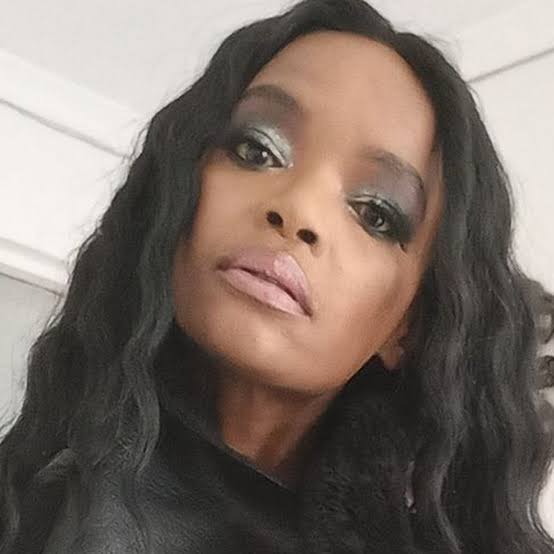 But a few days later he made another announcement that, due to confidential circumstances, they could no longer run for city council elections. 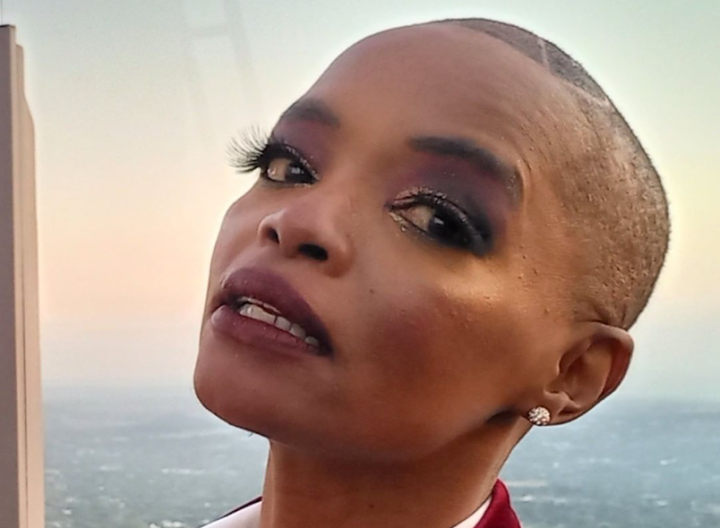 "Due to unforeseen and confidential circumstances, it is no longer possible to have Nomakula Roberts as a member and candidate for the council of the African Transformation Movement," the statement begins.

"In addition, Ms. Nomakula Roberts must resign as a member and as a candidate for the local council at the ATM."

But that's not all ... Apparently, Kuli has been suspended from Sunday World as a lifestyle editor. This was due to her appointment to ATM, which was allegedly seen as a "press code violation" and "discredited the company."

Management was reportedly shocked to learn of Coolie's political movements and had to take disciplinary action.

"After long and careful deliberation, the board unanimously decided to suspend Roberts with immediate effect for allegedly violating the press code and discrediting the company," said an editorial by Wally Mbhele.

Kuli spoke briefly about his appointment when he responded to a tweep that he somehow felt about it. “Well, I've been with it for decades. We have to do better and there are many of us. Instead of burning schools, let's expand them.

"I am only interested in living in a safe area where they know how to install water meters and do not estimate electricity consumption or claim they have very little electricity," Kuli tweeted.

Kuli was a guest on the MacG podcast talking about her albinism. "I don't use a hashtag, it's a way of life."

“The reason I say this is so that the homophobic black knows that there are women who like other women. Because as blacks we like to use tradition and culture and all kinds of excuses for weirdness.

“We need to be exposed to things and you may not agree, but you need to know that these things exist. And my reason for supporting people with albinism is that I want Africans to stop killing them.