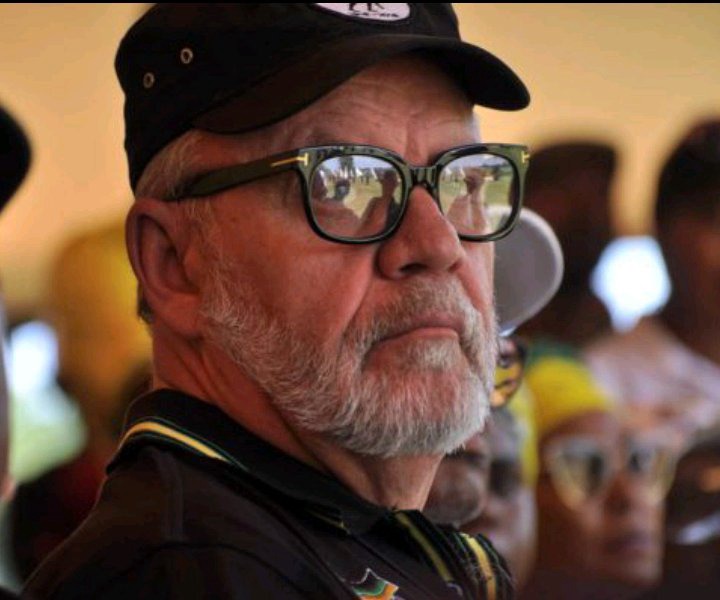 Carl Niehaus (born 25 December 1959) is the former spokesman for South African ruling party the African National Congress, former spokesman for Nelson Mandela, and was a political prisoner after being convicted of treason against South Africa's former apartheid government. He stepped down as ANC spokesman in February 2009 after admitting to maladministration of his own finances, extensive borrowing from political contacts and fraud, notably feigning the death of his mother, Magrietha Niehaus‚ in order to get out of 4.3 million rand debt owed to a landlord. He is a vocal supporter of former President Jacob Zuma. 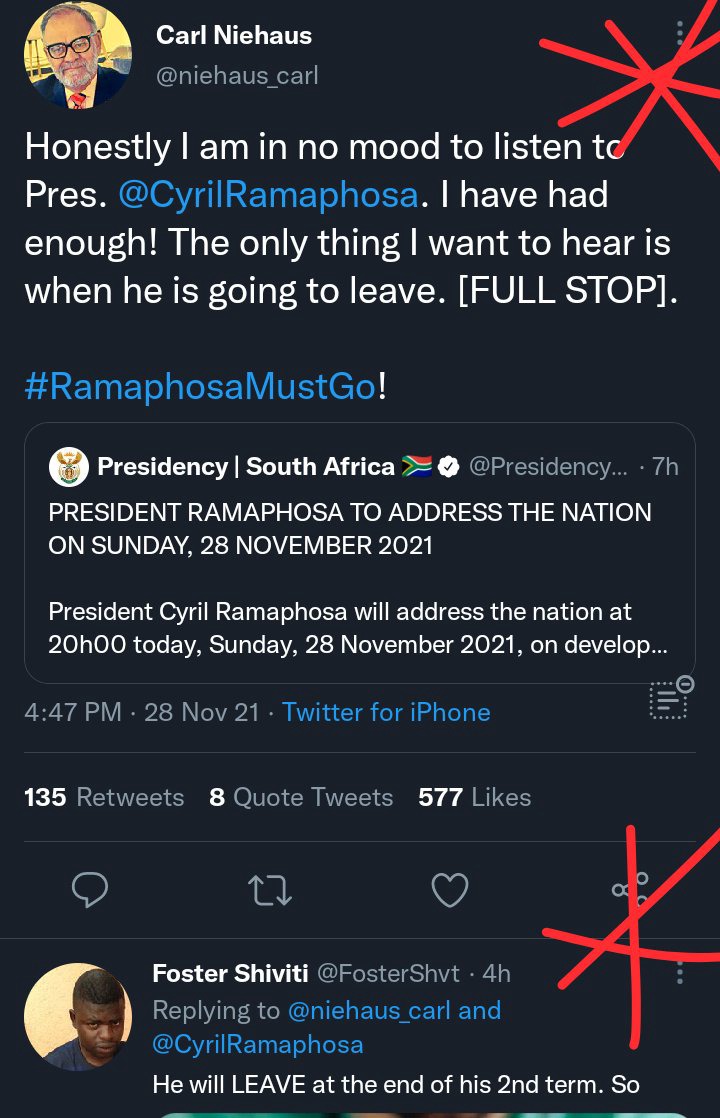 Mr Clark went to Twitter to write a tweet he said, " Honesty AI am in no mood to listen to President Ramaphosa. I have had enough! The only thing I want to hear is when he is Going to leave". He said after the Twitter page of Presidency/South Africa said that Ramaphosa will address the nation tonight.

Mr Carl is known for attacking Mr Fikile Mbalula, a fellow ANC member, the former police minister and the current minister of Transportation.

It’s been just over a month since the spokesperson of the disbanded uMkhonto weSizwe Military Veterans’ Association (MKMVA), Carl Niehaus, had his membership reinstated, and now that elections are over he has decided to throw his weight behind a campaign to get Cyril Ramaphosa removed as ANC president.

Mr Carl was accused of bringing the party into disrepute when he addressed a crowd outside Nkandla before former president Jacob Zuma was incarcerated, ultimately leading to a wave of looting and chaos in KwaZulu-Natal and Gauteng. 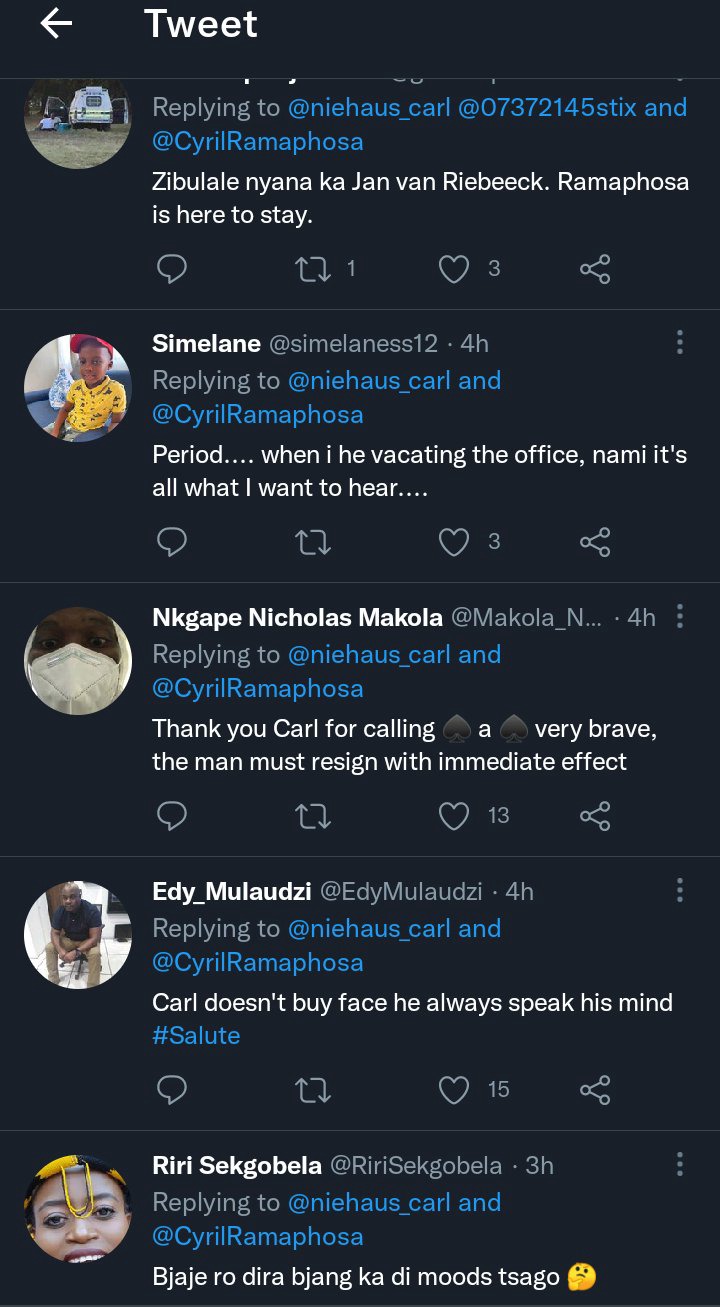 He made this very clear in a series of tweets, promoting the hashtag #RamaphosaMustGo. Niehaus argued that Ramaphosa being made the face of the ANC’s campaigns across municipalities meant the vote became a referendum on the president – a referendum he believes ended in a “resounding vote of no confidence” in the president.

I am an ABUSER- Nelson Mandelas grandson CONFESSES

Female prison warder has warmed the internet after entertaining a disabled prisoner.