A NEW law would before long be headed to President Cyril Ramaphosa's work area to clip down on city authorities engaged with debasement to effectively move over and join different regions without being considered responsible. 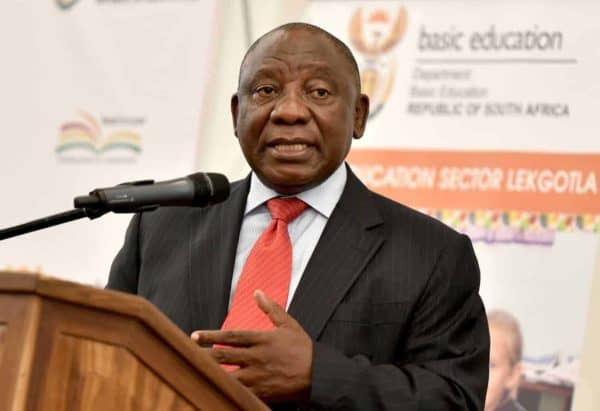 The administrator of the select panel on Cooperative Governance, Traditional Affairs, Water, Sanitation and Human Settlements in the National Council of Provinces, China Dodovu affirmed yesterday that they had passed this vital piece of enactment.

He said the Municipal Systems Amendment Bill would go before the House in the following fourteen days and afterward to Ramaphosa to be endorsed into law.

His panel took on the bill this week and it manages taking action against senior civil authorities dealing with debasement indictments, dodging responsibility by joining different chambers.

He said that time was up for them, and once endorsed into law by Ramaphosa, it would before long stop this training.

Umngeni Municipality staff 'will not be misled', says the new initiative

This is another dynamic period for regions

Authorities confronting debasement in regions have been permitted to leave and join different districts. However, Dodovu said that would be a relic of times gone by.

He said individuals leave districts when they face genuine extortion and debasement allegations.

"Recently, I presented a report to the executive of the NCOP (Amos Masondo), and afterward the House will sit to think about this piece of enactment. Whenever it is taken on it will go to the president to be endorsed into law. From the side of parliament, we are finished. The aim is to stop this occupation jumping of individuals subsequent to submitting gross monetary offense," said Dodovu.

He said they needed the NCOP to support it rapidly so it can go to Ramaphosa.

The new chambers, which would be introduced in the following not many days, would need to carry out it.

Dodovu said they would watch out for regions to execute the law to forestall debasement and to stop individuals dealing with defilement indictments from moving to different regions.

He said they were likewise following the Constitutional Court cutoff time which asked in 2019 that parliament finish it within two years.

"Since this is critical, as a component of the judgment of the ConCourt, I am certain the President will do it as fast as could really be expected," said Dodovu.

He said this would be a need for the select advisory group one year from now to screen its execution.

"We really want to check individuals moving to start with one region then onto the next," he said.

He said senior authorities have a greater obligation due to the multi-million spending plans and tenders that they regulate.